Today is the day that China Mobile phone users can try and get their hands on the new Xiaomi Mi3, but they will have their work cut out as scalpers have been thrown in to the equation.

The desire to own the latest and greatest smartphone in China has created a network of scalpers who buy phones at retail prices and sell them on for a profit. We saw with the launch of the iPhone 4 and to a lesser extent the iPhone 4s and 5, but scalpers are now turning their attention to Xiaomi products. 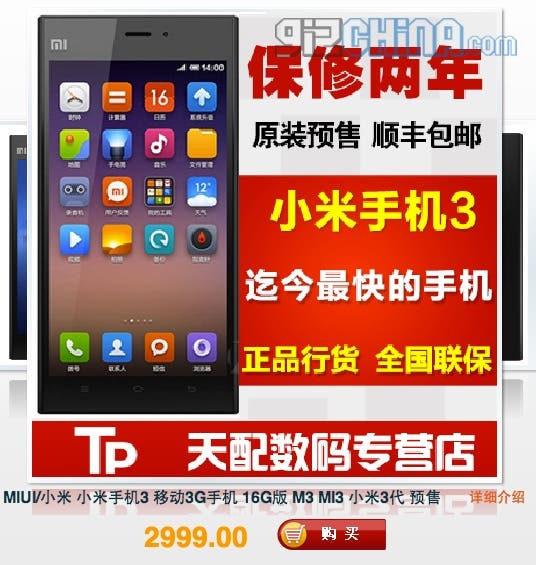 Known for their difficulty to buy at launch, Xiaomi phones are now targeted by scalpers who play Xiaomi’s online system allowing them to buy multiple phones to then sell on at a higher price.

With the launch of the Nvidia Tegra 4 Xiaomi Mi3 only 3 hours away here in China, some scalpers have already updated their online stores saying they will have stock of the phone after the launch, but at a price! The retail price of the Mi3 through official channels is 1999 Yuan ($320), however scalpers are optimistic that they can fetch as much as 2999 Yuan for the flagship device, earning them a profit of more than $160!