Xiaomi is beginning to feel the heat with innumerable local manufacturers launching quad-core smartphones to rival the company’s low-cost Hongmi smartphone. Latest on this list of rivals is the 799 Yuan VOTO V5!

V5’s design might ring a bell in your head. Yes, the uses the same body as UMi’s X2 that was launched a few months back. However, at 799 Yuan, the device is quite a bit cheaper at least for folk in China. The V5 is basically a knocked-down version of the VOTO X2, and comes with a 5-inch 720p screen, MT6582 1.3GHz quad-core processor, 1GB RAM, 4GB ROM, 8 mega-pixel rear with LED flash and 2 mega-pixel front camera. The phone will be powered by a 2,500mAh battery and will run Aliyun OS. 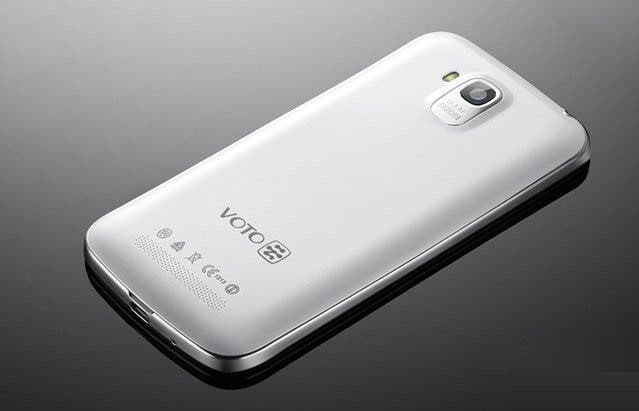 The phone will go on sale in China starting December 3rd, priced 799 Yuan.

Previous Hisense U978 launched with 5.5" screen and quad-core processor

Next Huangzu K1 is another Ascent P6 clone, but with octacore processor!