Rumours in today claim that Qualcomm’s Snapdragon 805 processor may be launched earlier than anticipated with the first 805 running phones believed to launch as early as May!

The Qualcomm 805 is an updated version of the flagship Snapdragon 800 chipset which is found in many top of the range smartphones such as the Xiaomi Mi3, Vivo Xplay 3S and Gionee Elife E7. The 805 isn’t available yet, but Engadget are reporting that smartphones (and tablet?) running the new processor could launch before the end of the first half of 2014! 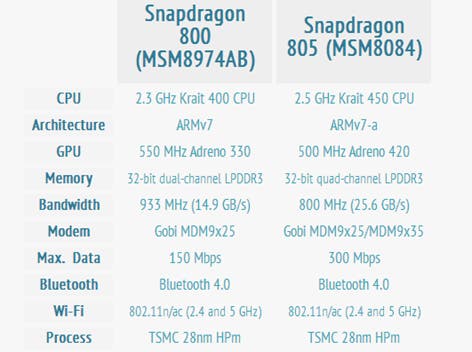 No partnerships have been announced but a May date sounds about right for the One Plus One flagship phone launch, it is also a good time for Xiaomi to announce an updated Xiaomi Mi3S, and after hearing these rumours Meizu is a prime candidate for a Snapdragon 805 phone.

Who do you think will be first?