iOcean have been taking their time before releasing their new flagship phone and I am glad they did as from the specifications the iOcean X8 appears to be the most desirable octacore phone from China to date!

Since 2014 has begun we have tested the Zopo ZP998, THL T100S and the GooPhone N3, whats more there have been 65 octacore Chinese phones listed in a matter of a just 2 months!

Disappointingly, but not all that surprising, many of the octacore devices we have seen to date have just been updates with very little in the way of evolution or innovation. 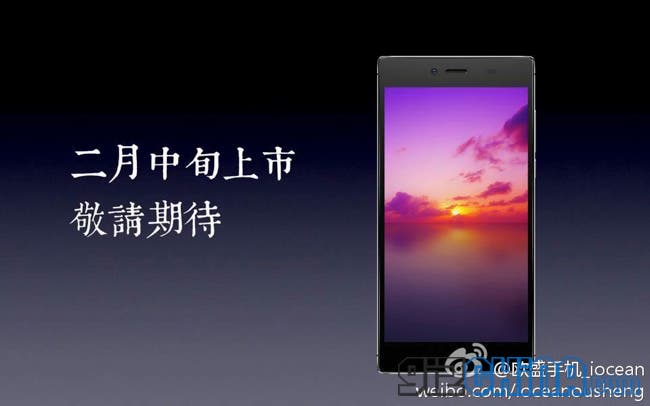 iOcean on the other hand have realised that relying on a processor update is not the way to win the octacore war, so their latest flagship phone not only receives some nice updates over the X7, but an all new slim body protected by Corning Gorilla Glass on both sides!

The iOcean X8 had been spotted in a leak months ago where it was wrongly rumoured to the companies new phablet. The iOCean X8 certainly does have a larger display measuring 5.7-inch but it isn’t the largest phone in the new iOcean line-up. The display is an OGS unit, Gorilla Glass 3 protection, 1920 x 1080 FHD resolution and can be used while wearing gloves. 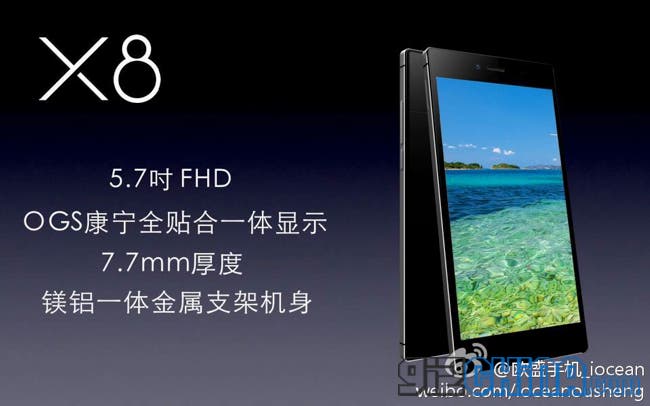 Turn the X8 over and more Gorilla Glass takes up the rear of the phone. Glass on both sides and a magnesium alloy frame in the middle make for a quality unibody device which not only looks but measures just 7.7mm with a 2700mAh battery.

From the press images which iOcean have released of the X8, the phone looks quite similar to the smaller Oppo R1 smartphone released late last year. 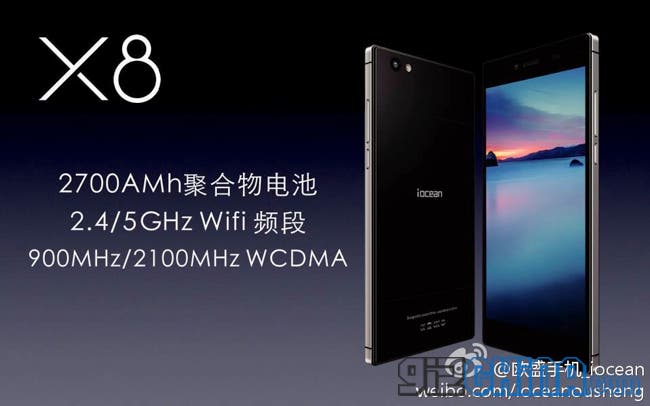 The iOcean X8 is exactly the type of phone I expected to see in the octacore era in China. The past two years Chinese phone makers have been lucky in that technology has helped them to easily move ahead in the game. 2014 will be all about quality and innovation!

The X8 along with other iOcean octacore phones will go on sale in the middle of next month here in China.