The current price wars in China are forcing smartphone makers to drop prices lower than ever while raising the bar on quality and performance. The Coolpad Halo F1 is one such phone which boasts an octacore processor at less than $150!

The writing was already on the wall well before 2014 started. Chinese phone makers will be competing on price more than ever this year, but more than just dipping prices, they will also be expected to raise the bar in terms of quality and the level of hardware. 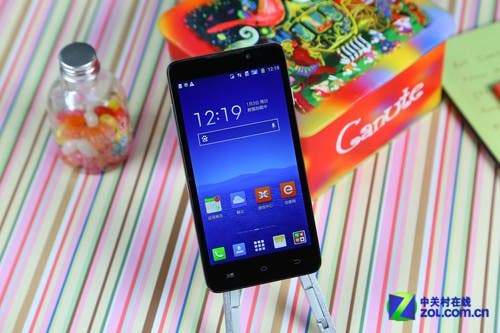 The sub 1000 Yuan price band is where most Chinese phone makers are making their living these days, so it is these entry-level smartphones, with mid-range specifications which could potentially make or break a brand for 2014!

With rising competition from Huawei’s Honor 3C, 3X, Xiaomi’s Hongmi, and JiaYu G2F, Chinese phone giant Coolpad have had to also enter the war! Their weapon of choice, the Coolpad Halo F1!

While it is not all that uncommon to see mid-range phones with great 720p displays, modern processors and 13 mega-pixel rear camera for around 1000 Yuan ($165), the hardware on the F1 really is impressive considering the phone boasts the above plus 2GB RAM, 5 mega-pixel front camera and 1.7Ghz octacore chipset!

At 888 Yuan you might think that CoolPad had to cut some corners to lower the price to such ridiculous levels, but take a look at the specifications listed above and you will note a 5-inch 720p display, 5 mega-pixel front camera, 13 mega-pixel rear camera, 2GB RAM, 8GB of internal memory, and of course that 1.7Ghz Meidatek MT6592 processor! 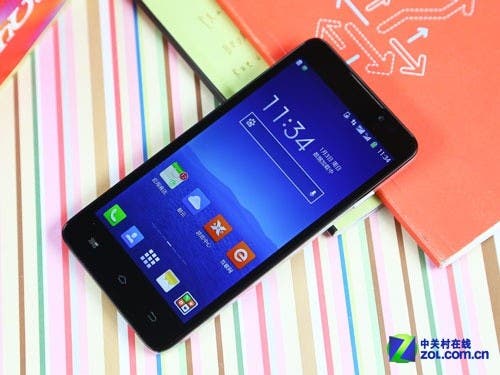 Before we get ahead of ourselves let’s take a step back and give the display another look. 5-inch 1280 x 720 displays are quite common on phones of this price and even cheaper these days, but what makes the panel on the octacore CoolPad better than those usually offered are the great viewing angles afforded by the IPS technology and the extra knock and scrape protection of the fully laminated finish! 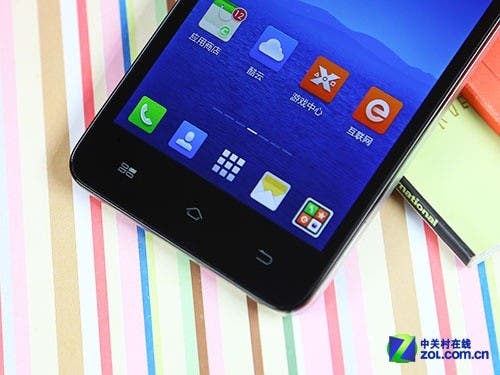 Around the display we have a rather basic ‘candy bar’ style phone. The F1 isn’t going to win any style awards, but it isn’t an ugly phone either. Bezels around the screen are of average width for a phone of this level, and the rest of the design is similar to any number of Chinese Android phones currently on the market. It’s good that CoolPad have kept things simple as it could have been easy for them to spoil a phone with such great hardware with a cheap, tacky design we so often find on entry-level phones. 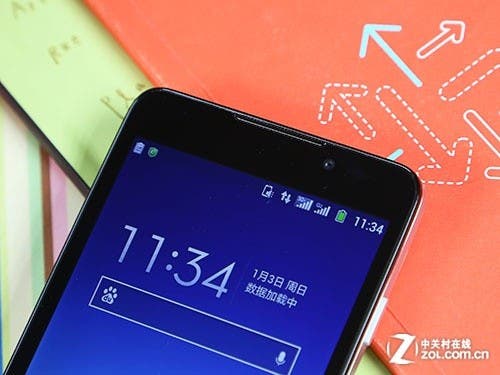 With such a generic design its isn’t surprising to find the usual icons accompanying the Android navigation buttons on the chin of the phone, and the 5 mega-pixel front camera, proximity sensor and receiver all where you would expect them to be. 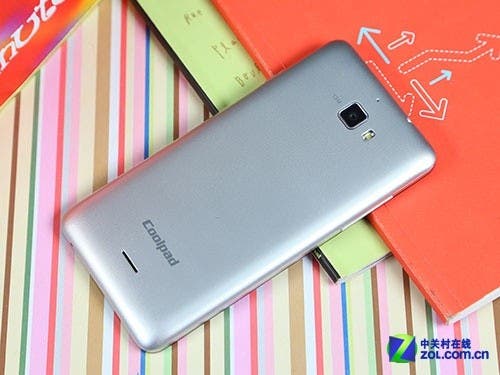 CoolPad have decided to continue the basic design on to the rear of the phone, although the textured silver finish does make a change from the regular all black of white rears we are used to seeing. The textured finish also helps to provide some grip to the rear which will help avoid accidents. 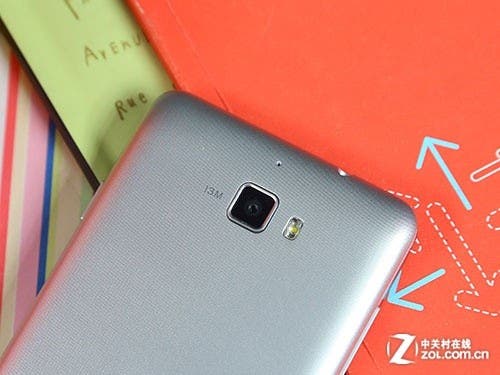 The 13 megapixel rear camera and LED flash live at the top of the phone are designed to sit flush with the back of the phone, which I personally prefer when compared to a raised design. The square camera lens also gets a steel ring around it to stop the lens itself from resting on the surface of a table, desk etc and should help to reduce the chances of scratching. 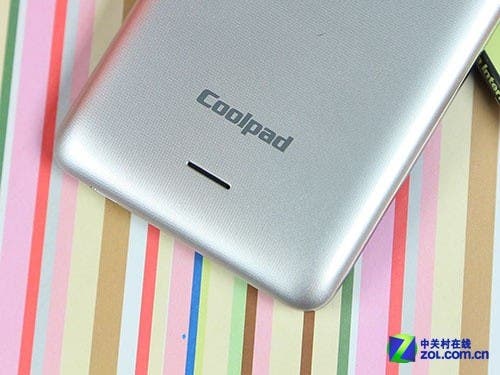 Everything really is kept to a minimum on the rear of the CoolPad Halo F1 with the only other notable features being the Coolpad logo and single rectangle opening for the external speaker.

Things continue to look familiar as we find a 3.5mm headphone jack at the top, micro USB in the bottom, power button on the right and volume controls on the left. Personally this is my favourite layout and like Coolpad’s no nonsense approach to the exterior for the F1. 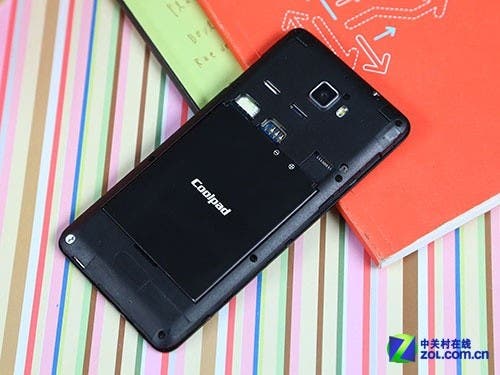 The silver rear of the phone can be remove to reveal the replaceable battery, dual SIM card spaces and micro SD card memory bay. 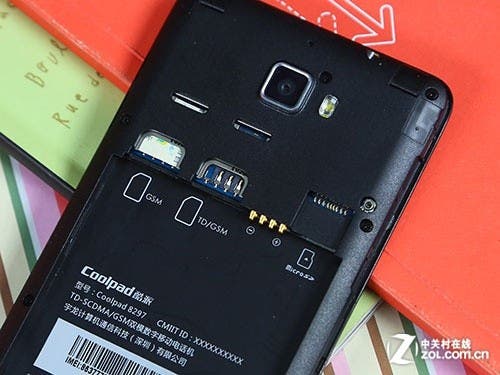 With the rather generous 2500mAh battery removed we can see that this version of the F1 is designed to work on China Mobile’s TD-SCDMA 3G network, we can also make out that both SIM slots are for regular SIM sizes. 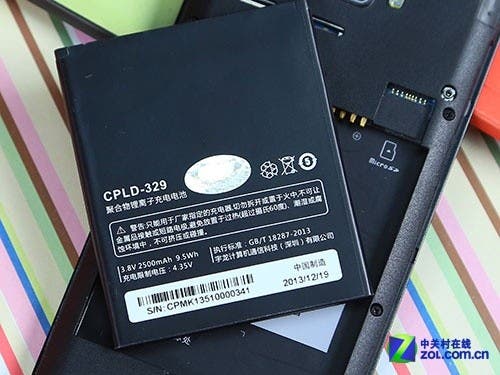 According to reviews who have tested the phone, the 2500mAh battery in the Coolpad F1 can easily last 1-2 days of moderate use without needing a top up!

Like many other Chinese phone makers, CoolPad are aiming to differentiate their phones from others through the use of a custom UI. CoolPad’s UI is called CoolLife and in the F1 it is version 5.5 based on Android 4.2.2. 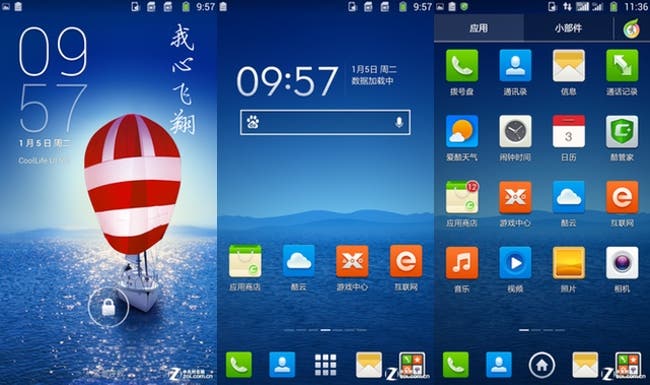 CoolLife UI treats us to a nice flat icon pack (if that’s what you enjoy that is) with plenty of custom tweaks offering some additional functionality. Lockscreen widgets and notification bar options are plentiful. 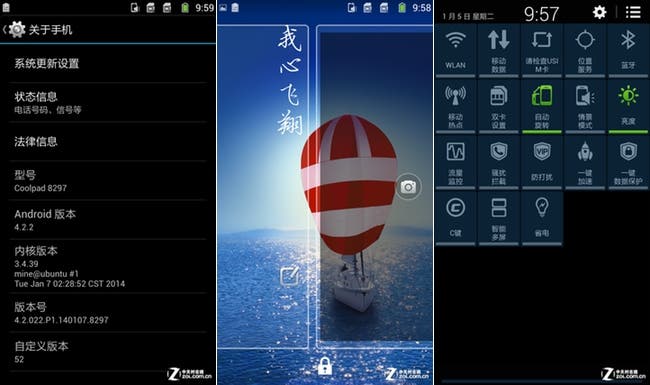 CoolLife 5.5 runs very smoothly on the F1 with fluid transitions and excellent overall performance, just what we expect to see from an octacore phone with a full 2GB RAM on tap. 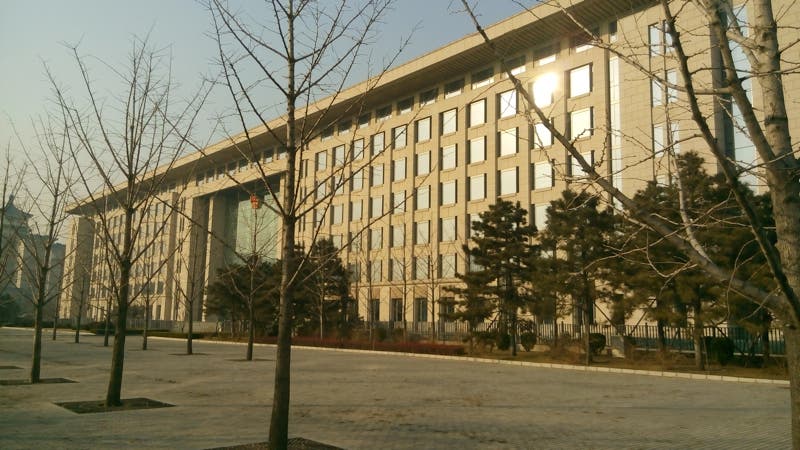 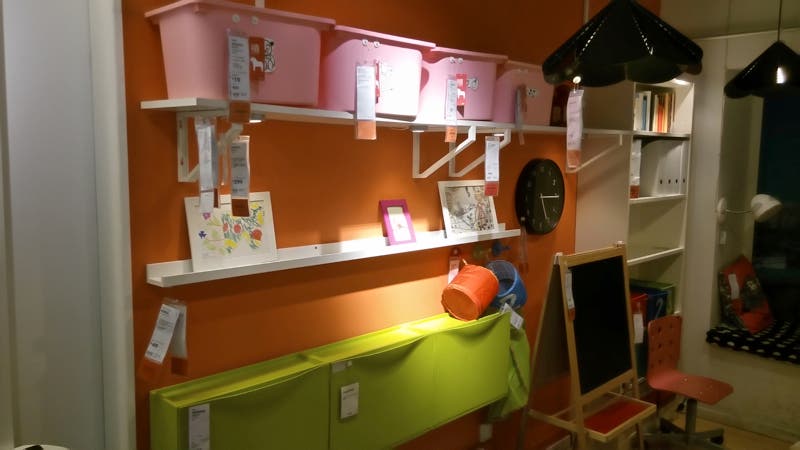 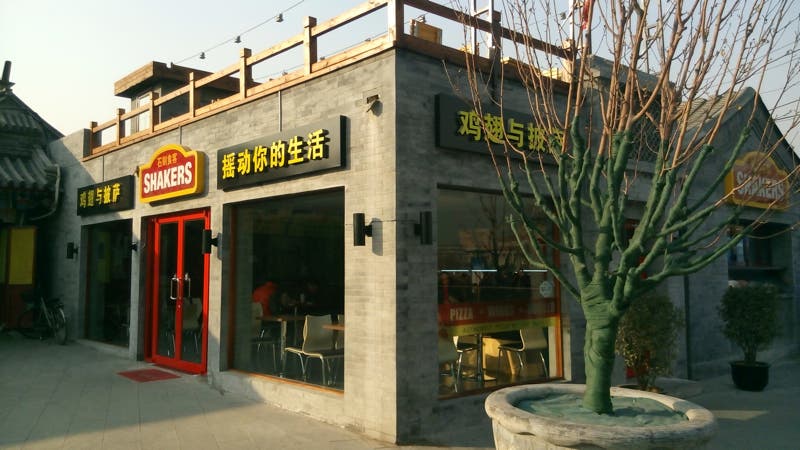 The 13 mega-pixel rear camera and LED flash on the F1 are similar to those available on rival devices such as the Red Hot Chili, and Huawei Honor 3C. Performance of the hardware is very good, especially considering the price of the phone although photos do appear a little reddish at times and the white balance can be a little off at times too. This could be fixed with software updates, or by adjusting the various camera options in the camera app. 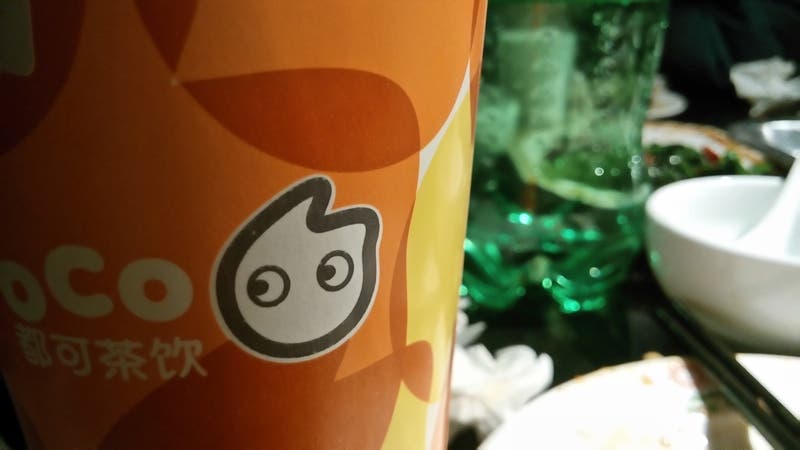 Macro mode on the F1 is exceptionally good with the subject in the foreground easily distinguished from the blurred background. This effect can be hard to achieve on more expensive phones so to see such a good macro option on the F1 is especially exciting. 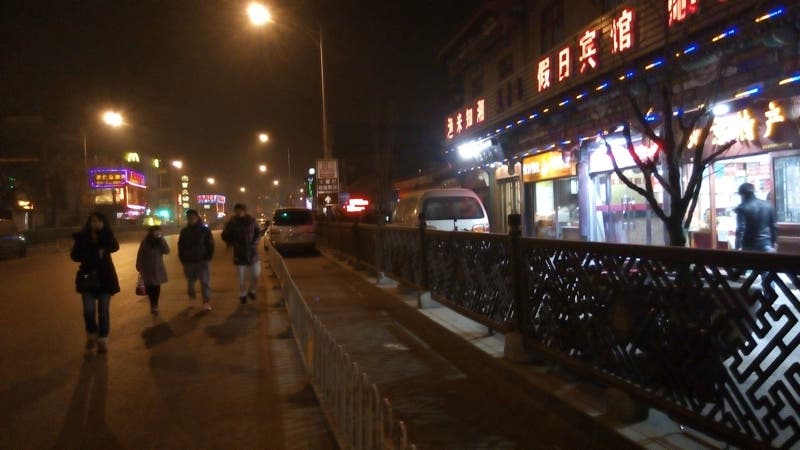 A 1.7Ghz octacore processor and 2GB RAM spells a powerful smartphone regardless of price. The CoolPad Halo F1 is no exception and hits much higher than the 888 Yuan price tag would otherwise suggested. 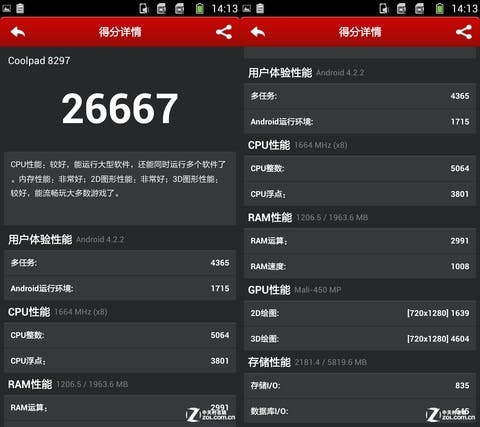 Video performance is excellent with full HD 1080 video running as smoothly as it does on any flagship smartphone, and benchmarks have to be the highest of any smartphone in this price range. 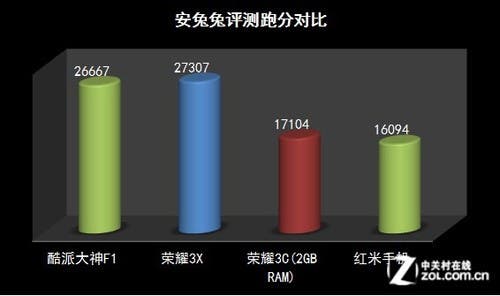 In Antutu the CoolPad Halo F1 manages to score 26.667 points, which is slightly less than the more expensive Huawei Honor 3X but significantly more than the similarly priced Huawei Honor 3C with 2GB RAM! You can also see the F1 anhilates the ageing Xiaomi Hongmi which can only manage an Antutu of 16,094. 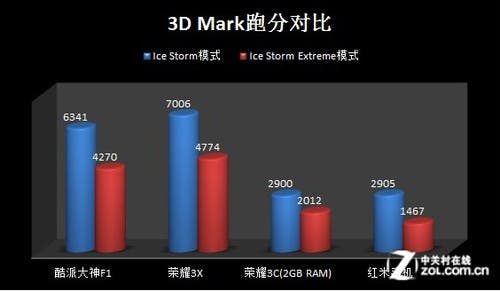 It’s a similar story for 3D mark where the F1 scores less than the Huawei Honor 3X, but again beats the 2GB RAM 3C and Xiaomi Hongmi. 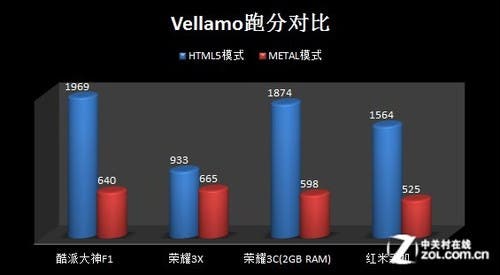 Interestingly the CoolPad is easily the best of the 4 phones when it comes to HTML5 in web browsing with a Vellamo score of 1969.

Xiaomi might have started the sub 1000 Yuan price war, but after seeing what rivals such as Huawei and CoolPad have managed to do in the market we can’t help but think that Xiaomi may have opened a can of worms they just can’t hope to keep a lid on! 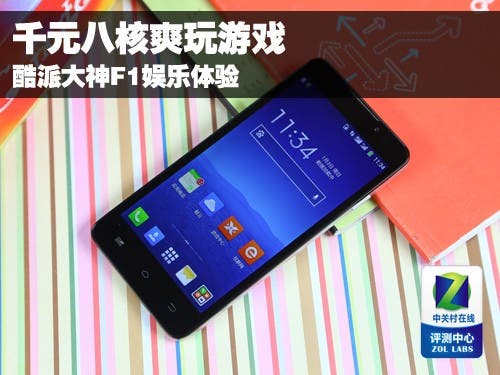 We are going to see plenty of rival phones at the sub 1000 Yuan price bracket go on sale over the coming months, however the one to beat is the CoolPad Halo F1!