Whenever a new smartphone is about to hit the market you can be sure that someone will leak some details by way of Antutu or spy photos. The latest LG G Pro 2 leaks are thanks to the former.

Since LG first teamed up with Google to produce Nexus machines, interest in the Korean tech giant has increased peaking at this time with news and rumours about the upcoming flagship device. 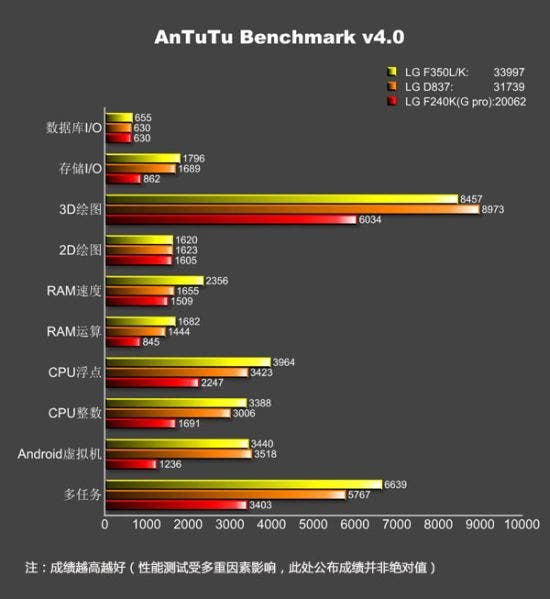 Benchmarks posted on Chinese tech site and reposted at GforGames, claim to be from the LG G Pro 2 and give us some details as to what this Galaxy S5 slayer might hold. If the benchmarks are to be believed then the LG D837 will run Android 4.4 Kitkat, have a Snapdragon 800 cPU, 1080p FHD display, 2 mega-pixel front camera, 13 mega-pixel rear, 3GB RAM and 32GB storage. Hardy what we had hoped for a 2014 flagship phone,but then again it is more powerful than current LG devices.

Are these leaks true? We don’t know, but with a launch just a few days away we can happily wait.

Previous Want to be part of GizChina? Then post your news and articles right now!