We’ve said that the current Xiaomi hongmi was long over due for a replacement, but we didn’t realise it would happen so soon! Here are the first official details of the new Qualcomm powered Xiaomi hongmi 1S.

The current Xiaomi Hongmi with 1.5Ghz MT6589T processor has been available for some time now, and we knew it was only a matter of time before an update version of the phone hit stores! Well here it is! The Xiaomi Hongmi 1S!

Xiaomi are masters at keeping costs to a minimum and with the Hongmi 1S they have taken the same Hongmi body but replaced the hardware with more powerful and up to date components! 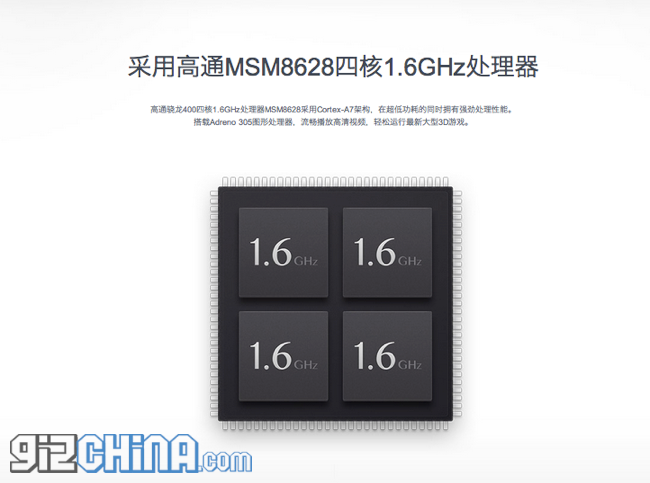 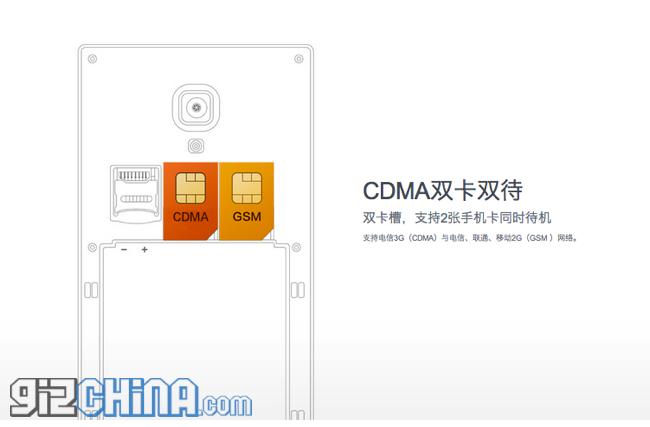 As usual Xiaomi are performing a staggered launch with the first Xiaomi Hongmi 1S phones only getting support for China Telecom’s CDMA network. The networks specifications for the CDMA Xiaomi Homgmi 1S are CDMA 2000/1X/EVDO Rev.A 3G; 800/1900MHz, GSM 850/900/1800/1900MHz.

The Xiaomi Hongmi 1S will be available to pre-order in the usual Xiaomi marketing fashion via their website from 20th Feb. Although the phone has seen a significant boost in processor specification the pricing for the Xiaomi Hongmi 1S remains just 799 Yuan ($130).

Thanks to alecattax for the tip!