Ever since the Apple iPhone 5S went on sale late last year, manufacturers from all around the globe have been trying to recreate the 64-bit magic. As it stands, the iPhone 5S is still the only smartphone on sale with a 64-bit CPU architecture. However, thanks to a slew of chipset manufacturers working on bringing this tech to Android, we might see a 64-bit Android smartphone soon.

According to reports coming in from Chinese outlets, one of the country’s largest hardware manufacturers, ZTE is reportedly planning a launch of its first ever 64-bit Android smartphone. Codenamed ‘Apollo’, the smartphone is rumoured to feature a 64-bit SoC from none other than Qualcomm, which recently announced 2 of its latest SoCs. 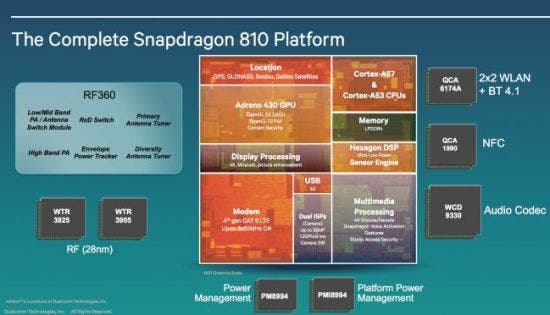 There’s no word on which exact model the Apollo will use, but chances of it being a Snapdragon 810 or 808 are rather slim since both the chipsets have been slotted for a release only early next year. This gives us reason to believe that it will be either a Snapdragon 610 or a 615 that will find its way into the internals of the ZTE Apollo.

With more than just incremental updates (which is what 2013 was all about) in tow for this year, times look good for the tech buffs.