Ever since the MediaTek MT6592 was launched back in November last year, we’ve been witnessing release after release of smartphones carrying the octa-core MediaTek processor. However, a tablet with some octa-core power was due since long, and Cube seem to have just delivered.

What you find on the Cube Talk U69GT is slightly different from what’s seen on phones; instead of the mobile-optimized MT6592 (operating at 2GHz akin to the MT6592T), the Cube Talk U69GT employs the MT8392 which is better designed for larger devices, i.e., tablets. Talks about a tablet-optimized octa-core chipset from MediaTek initially started back in December, but died down since with no launch to back.

Along with the aforementioned processor, the Talk U69GT boasts a 7-inch screen with a 1920 x 1080p 1200 pixel resolution, fitted using the OGS technology to keep space between the display and digitizer to a minimum. You can expect the U69GT to be a good multitasking device, thanks to the 2GB RAM it has on board along with 16GB of internal storage. For the occasional picture, the 7 incher packs an 8 mega-pixel rear shooter along with a 2 mega-pixel front for your video calls. The entirety of this system is powered by a rather puny 2500mAh battery. 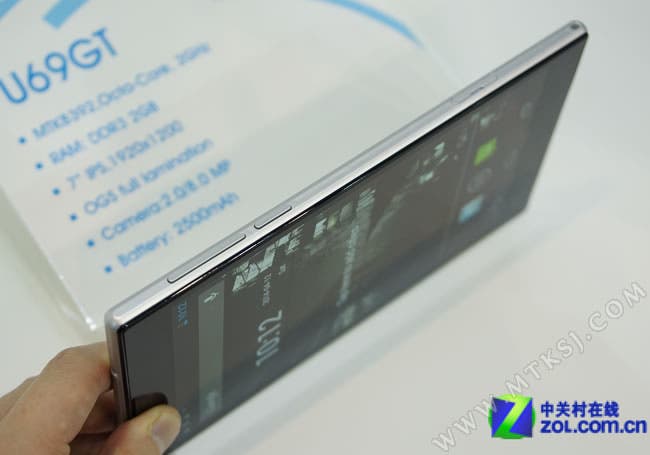 As you can see from the pictures, the device comes in a sleek form factor, reminiscent of some older Sony devices. From what we make of it, the device should have a unibody construction, and like other Talk series devices, have on-board 3G support.

Previous Is this what the OnePlus One homescreen will look like?

Next Eton Raytheon, the battery monster now has a rear touch panel!

Germany plan to shut down 3G network in 2022