Amoi has been relatively quiet since the past few months after quite a good run between 2012-13. The manufacturer will try to buy some of its buyers back with the A955T, a smartphone the company has in the works.

While most Chinese makers right now are focusing on the octa-core MT6592, Amoi has taken the path less traveled by employing the six-core MT6591 chipset on the A955T. The MT6591 isn’t nearly as well documented as the MT6592, and this release from Amoi should help in that regard. Interestingly, it was India’s Karbonn who managed to launch the first MT6591 powered device, the Titanium Hexa a little over a month back. 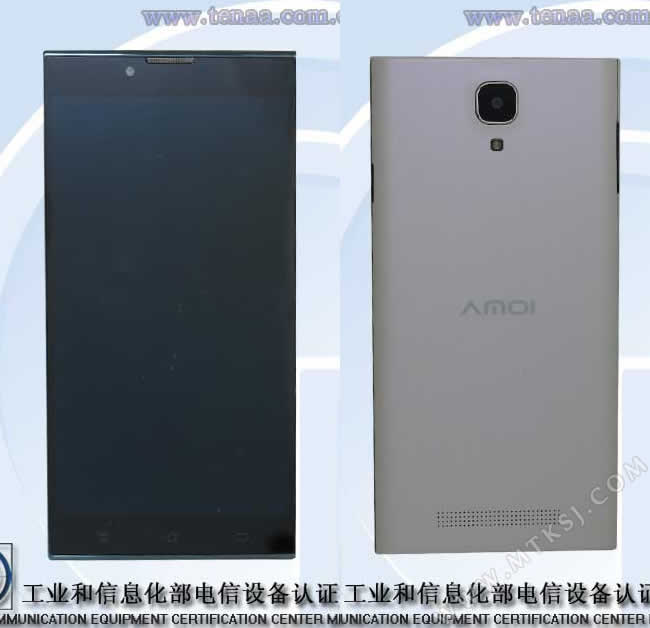 Coming back to the Amoi A955T, the device will sport a 5.5-inch 1080p panel besides the hexa core processor, and will come with a good 2GB of RAM. As you can make out from the pictures above, the design of the device comprises of clean lines, with the rear borrowing a few design elements from the low-cost Xiaomi Hongmi series.

The phone is also tipped to feature a camera with a resolution of ‘8 mega-pixel or more’, along with a 2500mAh that could’ve been better, considering today’s average.

Nevertheless, the device is expected to be launched soon. If that does happen soon enough, the Amoi A955T will earn the tag of being one of the first MT6591 phones from China, if not the first.

Previous Xiaomi Prepping Announcement For Tomorrow, is it the Xiaomi Mi3S?