It’s been quite some time since MediaTek officially showcased the LTE powered MT6595 octa-core chip, but sadly enough, there have been no product releases on the platform yet. A certain Meizu from China promised to be one of the first adopters of the LTE chip, but it looks like a compatriot’s greater agility will mean that Meizu won’t be the first to out an MT6595 phone.

TCL, also known as Alcatel in markets outside China, are now being touted as the makers to release the first MediaTek MT6595 phone later this year. In fact, we also came across a benchmark listing a few weeks back that listed an MT6595 powered Alcatel phone. It could well be the phone we’re all discussing here; TCL has been hinting at a similar release on their Weibo account too, sparking off rumours from all directions. 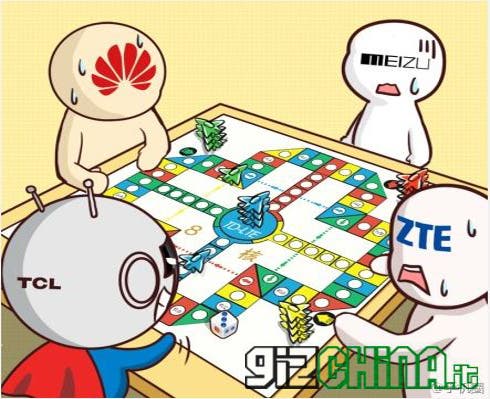 A very interesting picture was posted (above), showing figures representing 4 popular Chinese brands, including TCL, playing what looks like a game of Ludo. As you would’ve guessed without looking at the picture, it is TCL with the lead.

With the LTE revolution fast taking place across countries and continents, do you think the MT6595 is relevant to you? Let us know what you think, and what you expect from the new SoC from MediaTek.