Meizu have been keeping things very quiet with the run up to the Meizu MX4 launch. Even the usually vocal Jack Wong has taken a step back, but interesting leaks and teasers are starting to surface.

First up we have the below image showing a comparison between the 15:9 and 16:9 screen ratios. Meizu posted this image on their Weibo earlier this week asking which size and ratio panel would the next Meizu have. 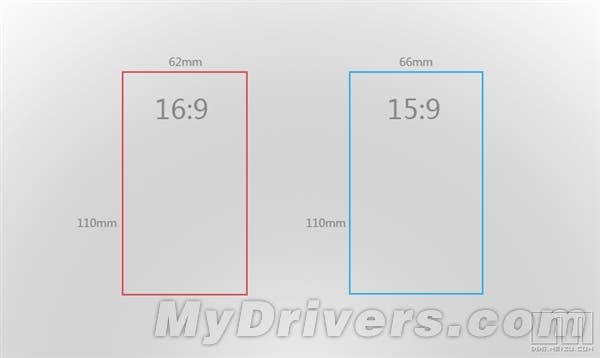 Looking at the sizes, it appears that Meizu have chosen a 5.4-inch display, that will probably come with a maximum resolution of 2560 x 1536. It is also possible a 1080p version will also make an appearance too.

Then we have this purported leaked image of the new Meizu phone. It doesn’t giveaway much, but it does show us a rather wide looking display. Anyone who has used the MX3 will know how good it is to type on thanks to the wide ratio, the new phone looks wider still.

According to those who have tried the MX4, it is the best Meizu yet. With competition from Vivo, Oppo, OnePlus and Xiaomi we really hope so.

Previous iOcean bring the X7 back as the iOcean X7S-T, for Turbo

Next First photos of the amazing Nubia Z7 models! plus Antutu scores!