The Xiaomi flash sale model has come to become a major talking point in India, after the young Chinese phone maker announced itself in the country about a month back. Since then, the Indian market has seen 3 Xiaomi flash sales, all for the 2013 Xiaomi flagship, the Mi 3.

It took the Indian audience about 40 minutes to clear the Mi 3 inventory on the first sale day, on 22nd of July. However, with word-of-mouth making its way around the country (about how potent the Mi 3 was), the second sale, a week later on 29th July, got over in a mere 5 seconds. This left a lot of Xiaomi Mi 3 hopefuls in India frustrated; Chinese brands don’t have the best acceptance in India, and the super-short sales didn’t help. 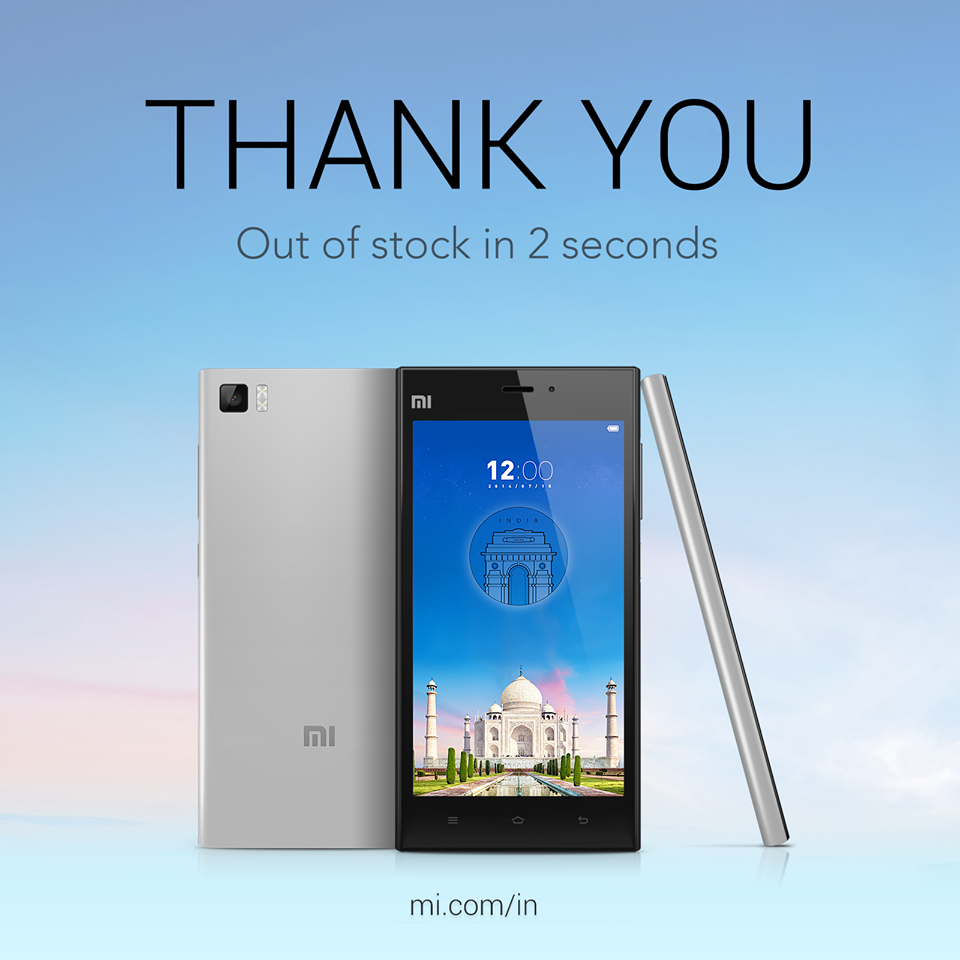 The worse had yet to come. The 3rd flash sale for the Xiaomi Mi 3 that happened today was the first one with a known (rather, revealed) number of Mi 3 units on sale. In a bid to try and cash in on the upcoming festive season, Xiaomi made 15,000 units of the Mi 3 available, to which buyers responded with more than 150,000 registrations. This goes to show that there’s a clear and significant divide between supply and demand, something Xiaomi will have to look after if they want to repeat the success they’ve seen at home, in India.

“India is a different market where word of mouth spreads

BGR India spoke to Xiaomi’s Hugo Barra, who admitted to the shortage in supply. “We apologize for frustrating consumers in India and I say that with a hand on my heart. We are doing everything possible to improve. We completely underestimated the demand in India. We opened our Facebook page a month before the launch and we used the interaction there to judge the demand. We have used the same model in every market. At the launch date we had less than 10,000 followers. Even on our website we had thought getting 100,000 followers would be easy. But that didn’t happen. India is a different market where word of mouth spreads,” said Barra.

Barra added that although the company is tweaking the model, it isn’t likely that a lot changes soon (which is what buyers want) because of the restrictions and limitations that Xiaomi have to face.

15,000 units today, and and estimated 20,000 units of the Mi 3 in the first two flash sales made their way to households in India, giving a glimpse of how well the market has reacted to a brand-new manufacturer. Xiaomi is to announce availability details of it’s Redmi series of smartphones – the Redmi 1S and the Redmi Note – for India, as both the handsets are set to go on sale later this month.

Next Xiaomi Redmi Note LTE will go on sale tomorrow!