Xiaomi has loved the media attention it’s deservingly had after many of its flash sales, but matters went out of hand during the last two it had in India. The latest one, yesterday, lasted a mere 2 seconds, while the one before that did for a bit more, lasting 5 seconds. Xiaomi’s Hugo Barra even apologized to Indian fans after that, something that goes to show that things aren’t going as per plan in the Xiaomi India camp.

To Xiaomi’s credit, the company did well to announce the number of Mi 3 units that would be up for the August 5 sale, something it failed to do for the first two rounds. However, as it turned out, even the 15,000 units couldn’t prove sufficient enough for the Indian market which has responded to Xiaomi’s Mi 3 availability better than the company expected. 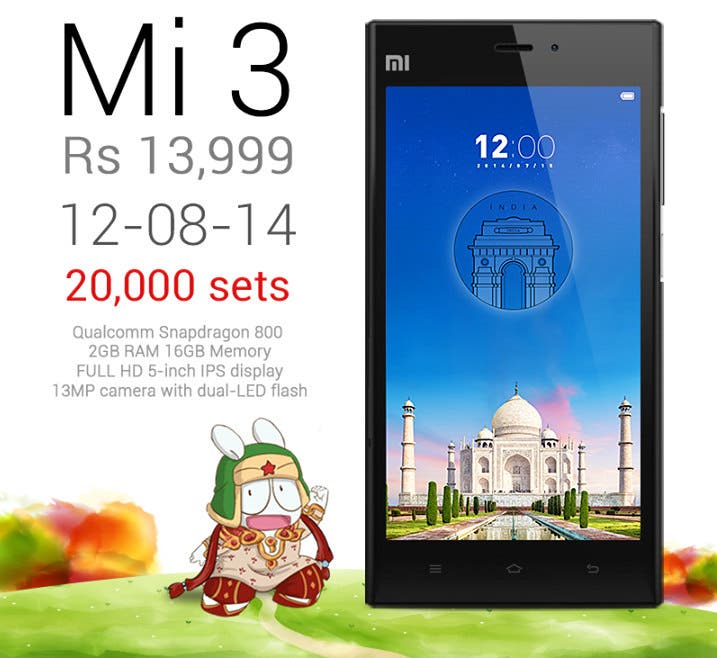 To try and cover up, it appears as though Xiaomi is slowly upping the number devices that are put up for sale. From the 15,000 units yesterday, Xiaomi has taken it up to 20,000 units for the next sale which is scheduled for the 12th of August, which will mark the 4th Xiaomi Mi 3 sale in a gap of 4 weeks.

Although the Chinese phone maker has been at the receiving end of some heavy criticism, I personally think the flash sale model has a major part to play in keeping costs low. Of course, it gets the company some extensive media footage as well, but well, what company wouldn’t want that?

Previous Zopo confirm they are working on a MT6595 phone, post image to prove it