Meizu phones have always been lauded for the extremely beautiful designs they carry, but often there’s a hint of inspiration being taken from other designs. Take for example the very recent Meizu MX4; the smartphone is a head turner alright, but it does show signs of being inspired by what was then an upcoming iPhone (the iPhone 6).

Fast forward to today, and we’re treated with a couple leaked images of another Meizu smartphone. If you aren’t aware, Meizu was expected to launch more than just one phone at the September 2 launch in Beijing, but the company surprised us by announcing only the Meizu MX4. At least one other version of the phone — the Meizu MX4 Pro — is confirmed to be coming later this year. As you’d have guessed from the name, the MX4 Pro will be an upgraded version of the MX4, which comes with a MediaTek MT6595 octa-core CPU. 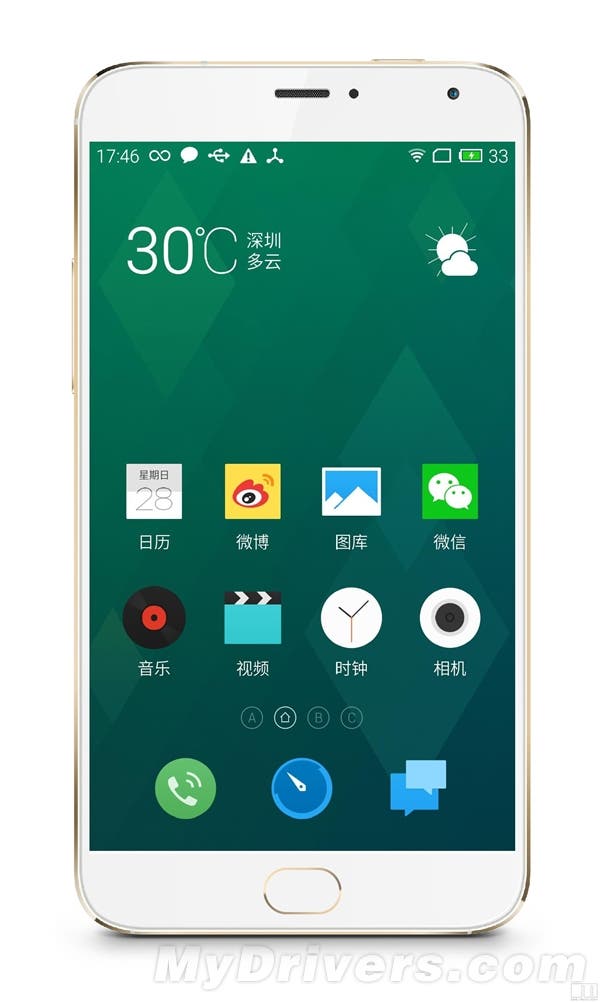 Coming back to the leaks, the design shows a hint of Samsung and Apple. Samsung, thanks to the updated home button (Meizu have stuck to the glowing halo since the MX2 days) which is a shift from the now-traditional design language of choice, and Apple because of the obvious – bling! 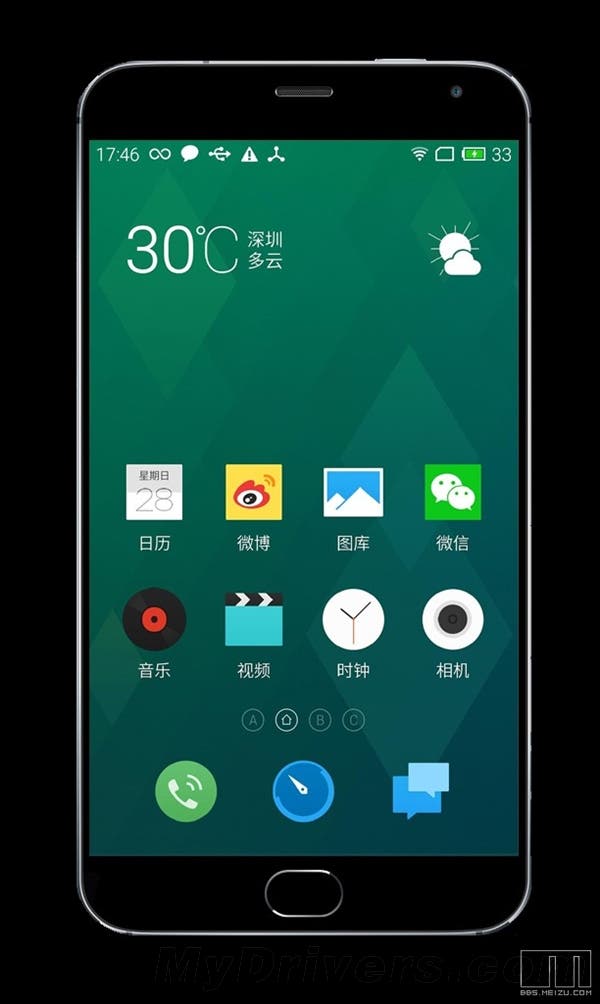 The MX4 will have a fingerprint reader, most probably fused on the home button itself; that could explain why Meizu chose to give the awesome-looking glowing halo a ditch for the MX4 Pro. Either way, the design does look pretty cool (and better than other leaks for some reason) albeit not the most original one.

What do you have to say about this?