Even with the year coming to an end we still haven’t managed to get to that point in time where Chinese phone makers realise that cloning is going the way of the dodo, so here is the Kingsing S1+.

The majority of Chinese smartphone makers we write about today started off life creating clones of popular smartphones. That tradition has continued but changed slightly to take advantage of the money saved in design to add some nice features. For example Xiaomi’s Mi4 looks like an iPhone, but costs less and has terrific hardware. Winner is the customer.

As you can see the KingSing S1+ is based on the design of the OnePlus One, it even has “1+” in the name and a “sandpaper” finish on the rear of the phone. The front of the device is more like the Oppo Find 7 (which the 1+1 is based on).

Now if KingSing had built the S1+ with a MT6595 chipset, LTE, 3GB RAM and 5.5-inch 1080 display we might actually have a phone worth buying, instead they’ve specced a 5-inch 960 x 540 display, quad-core processor and 1GB RAM. So pretty much like every other phone (including some original designs) that cost around $120. 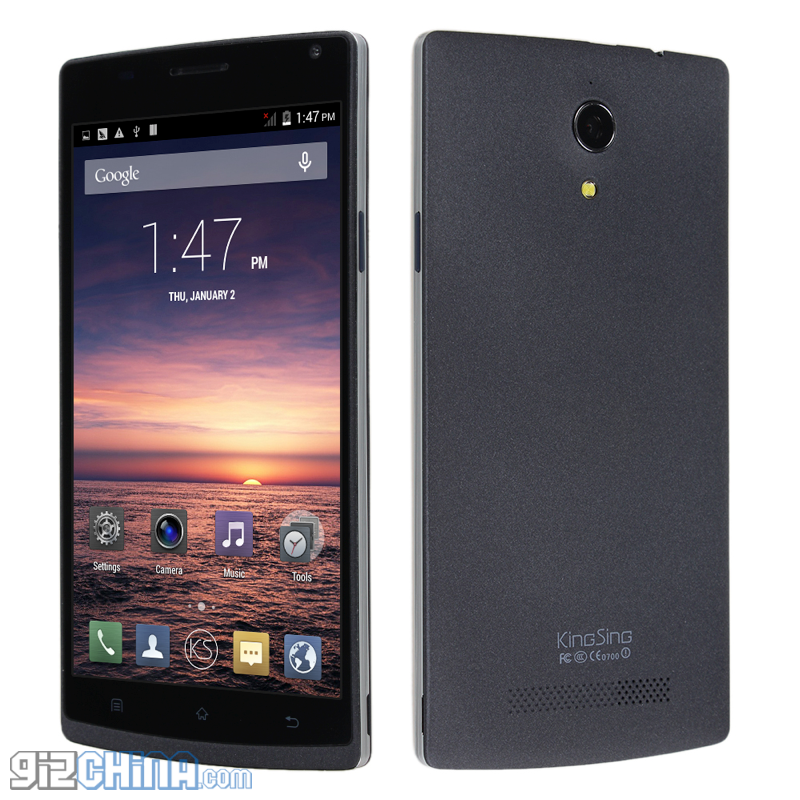 So if you want a OnePlus One you can either buy the $120 KingSing S1+, or save for a few more months and order the real OnePlus One through their new pre-order system which starts soon.

Which would you choose?

Next Top 5 best cases for the Meizu MX4