Earlier today we posted an image of a leaked slide from an internal Meizu meeting. The image clearly shows a Meilan phone, Meilan Note along with two other devices, one costing 299 Yuan and the other 999 Yuan. The 299 Yuan device (as far as we can tell) is some sort of location device, while the 999 Yuan is a router. 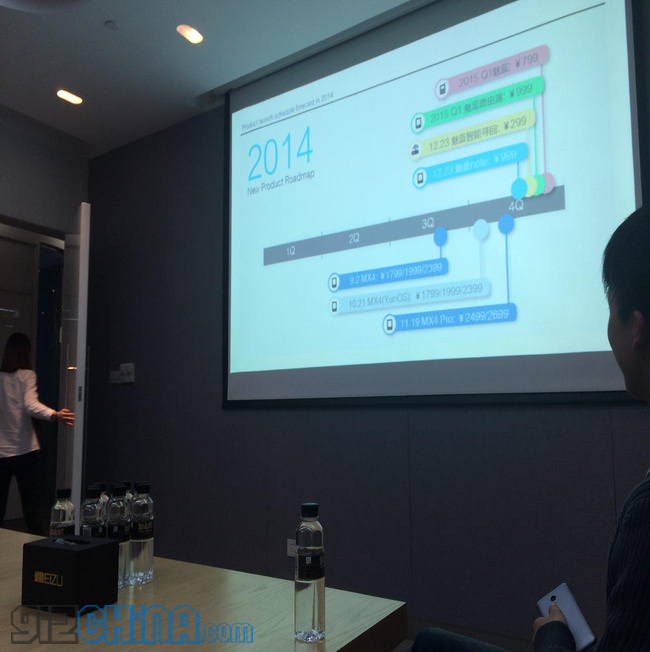 999 Yuan for a smart router would have the Meilan box listed at slightly more than the Xiaomi router, but if it includes built-in Android smart TV functions (as the Huawei Rongao) then 999 Yuan is a reasonable asking price.

This year has been quite a year for Meizu, and with more devices launching the roller coaster isn’t about to slow down anytime soon!