64-bit has become one of the most important selling points these days, especially now as Mediatek has thrown the first chipsets into the arena, capable of the new technology. The most interesting one for sure is the MT6752, featuring 8 Cortex A53 cores clocked at 1.7GHz and a Mali T760 dual-core GPU, thus promising well performing devices at price levels we are all used to from Mediatek based mobiles.

Now while we still have to wait for devices featuring the MT6752, the very first tablet making use of the tablet version of this SoC (MT8752) already is available. It’s coming from the famous Alldocube company and is called the Cube T7. We’ve put this one under a thorough test, and here are the results.

The Cube T7 is a 7-inch device, officially sold as a phablet, but due to its sheer size more of a tablet. The screen features an IPS LCD panel, allegedly made by JDI, operating with a resolution of 1920 x 1200 pixels, sadly without OGS. The rest of the specs are a Mediatek MT6582 SoC, clocked at 1.7GHz instead of the 2GHz claimed by Cube, 2GB of RAM and 16GB of memory. Connectivity features include Wi-Fi, Bluetooth 4.0, 2G, 3G, 4G and GPS / A-GPS. The tablet can take one micro SIM card and one micro SD card with up to 128GB of memory. The power consumption needs of the hardware are catered by a 3,500mAh non-replaceable lithium polymer cell.

Getting your hands onto the Cube T7 for the very first time might disappoint you or not, depending on your expectations. Cube didn’t craft a metal body for this tablet, but went back to good old polycarbonate. While this for sure takes away quite a bit of the high-quality feeling you might expect for this device, it doesn’t mean the tablet is feeling cheap at all. The build quality is solid, without moving parts. The power and volume buttons on the left side are sitting perfectly tight. The rear features a rough texture for increased grip. It can be pulled off easily, so those of you in love with taking things apart can gain access to the insides easily.

To make those pictures, movies, apps and games look beautiful, Cube has built a 7-inch 1920 x 1200 IPS panel into the T7, coming from JDI. Sadly it’s a non-OGS panel, meaning there is a little cut down on the viewing angles. Luckily the overall image quality isn’t affected by this. The screen remains crisp and sharp, with vivid colors and an insane maximum brightness, leaving you without any worries on these sunny summer-days.

Obviously, the Cube T7’s performance is the most interesting part about this device, as it is the very first available tablet to make use of Mediatek’s newest 64-Bit solution. We’ve already seen what Mediatek is capable doing with the MT6595 SoC, thus our expectations towards the 64-Bit successor of the MT6592 were put on a high level. Let us tell you, we haven’t been disappointed. Using the Cube T7 is a breeze, thanks to the powerful MT8752 SoC. The Android 4.4.4 running on this device is running battery smooth, no matter which application you throw at it. We’ve tried maxing the SoC out by running Spotify, Flipboard, Facebook, Twitter, Gmail, Google Maps and Google Chrome with 5 opened tabs in desktop view at the same time, yet didn’t really have success, as the device continued to handle everything as well as a freshly oiled gear. Even more surprising: Despite the Mali T760, which obviously isn’t comparable to the powerhouses found inside high-end SoCs, the MT8752 is handling even the latest high-end games flawlessly. Example: Modern Combat 5, running smooth at highest settings. Comparing the real-life results with the benchmark results, just once again is a proof for how useless these benchmark scores really are for evaluation of a devices real-life performance.

Performance isn’t the only part about the new Mediatek SoCs that has been greatly improved, audio quality is as well. With the MT6595, Mediatek introduced a new built-in audio solution, based on Wolfson technology, providing one with an outstanding audio performance. While we don’t have any confirmation the same audio solution is being used within Mediatek’s 64-Bit SoCs, we still think that exactly this is the case. Listening to a few demanding tracks on the Cube T7 using high quality earbuds left us well impressed about how balanced and powerful the audio output of this device is. It really is a pleasure to enjoy music and movies on this device. Unfortunately this isn’t the case without headphones, as Cube went for a rather cheap mono speaker here. It does sound muffled and the sound is showing clear signs of distortion on high volume levels.

Being a phablet, the Cube T7 of course features support for mobile networks, including 4G LTE. Thanks to the high quality LDS antennas Cube has built into the device, the signal strength of all networks has been proven to be at high-end level during our test. The same thing does apply to Wi-Fi as well, leaving you without worries, always. As for GPS, the MT8752’s performance isn’t as amazing as the MT6595’s, due to the lack of Glonass and Baidou support. Still, the performance has been greatly improved compared to the old Mediatek chipsets, meaning fix times within the sub five seconds range and no bugs (e.g. jumping waypoints) at all. 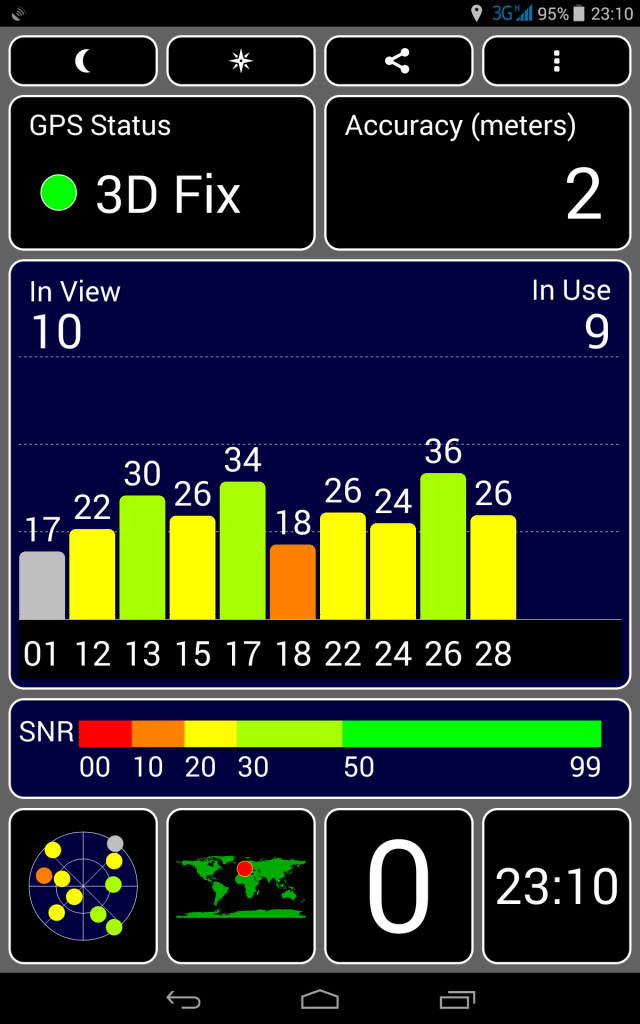 The camera of the Cube T7 is the worst part of the whole device. Its resolution only is 5 mega pixels and there is not even a LED flash. The quality is beyond bad, with a lot of noise and a huge lack of sharpness. Thumbs down!

Featuring “only” a 3,500mAh cell, you probably wouldn’t expect an outstanding battery life, going after the screen size and the powerful SoC alone. Yet the battery life is exactly what we’re calling insane. We’ve reached screen-on times of up to 8 hours and have been able to play Dead Trigger 2 for a whopping 3-4 hours non-stop. Under normal conditions this means a battery life of 2-3 days for power-users. This means that Mediatek’s new chipsets have got a serious improvement in terms of power management, and future Chinese devices might provide you with a much longer battery life than ever before.

The Cube T7 is a very good 7-inch tablet, no doubt about that. BUT it is a little on the expensive side, being priced in between 150 – 170€ ($187 – $210) on international shops. There’s no doubt about the fact, that the performance of this tablet alone is worth this price, but we still would’ve liked to see at least an OGS panel or metal housing here. Also the camera could be way better.

So in the end it probably is the best to wait for the competitors to come up with their products, until purchasing any MT6582 / MT6752 device, as the competition will lower the prices for sure. Only if you are very curious and can’t wait to get your hands on the new Mediatek candy, we can recommend you to purchase now. We’ve got the tablet from Cube directly this time, but the most attractive pricing is provided by Coolicool and Aliexpress sellers at this time.