Following up details of the new Zopo ZP920 that were released ahead of schedule early this morning, are these leaked photos!

As we discovered early this morning the Zopo ZP920 gets the same 64bit octacore MT6572 processor and 2GB RAM as the Meizu m1 note, only with a slightly smaller 5.2-inch display which would make it similar in size to the popular Vivo Xshot.

We’re still unsure if the Zopo ZP920 will receive OIS on the 13.2 mega-pixel rear camera (as rumoured) but at least we have a good idea of what the rear of the phone will look like at launch.

These two leaked photos show alternate colour and pattern options for the rear of the Zopo ZP920, which while unique to the phone might not be to everyone’s tastes! 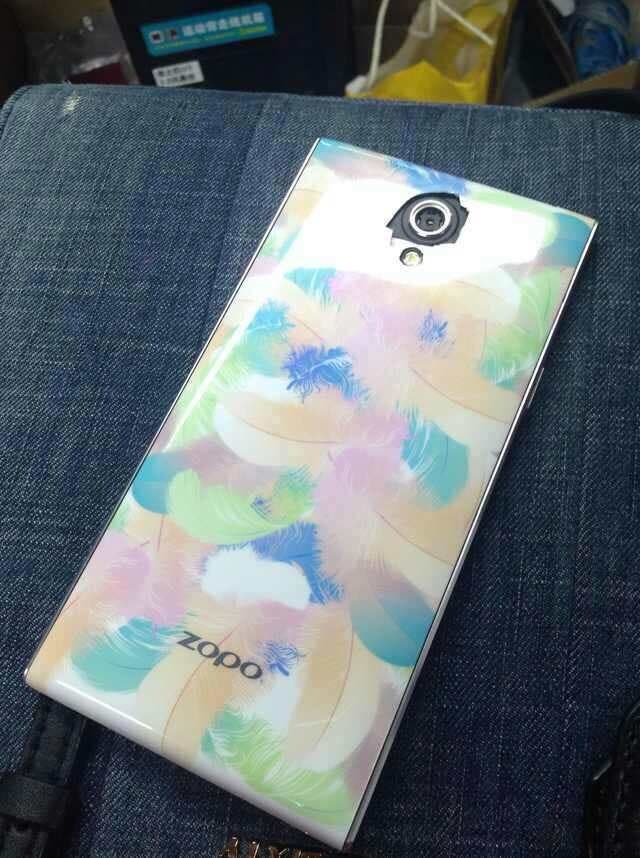 First up is the black, grey and white version of the phone with a pattern that almost looks like eyelashes across the rear. The more colourful pastel option looks to have a feather pattern.

The images also show the metal sides to the phone and the black panel seems to show a speaker location in the bottom. The overall design of the phone looks similar to the iNew V3.