Although many phone are now getting OIS as standard there is sometimes a need for more image stabilisation when filming with your smartphone. In those cases you could use something like the Wenpod SP1 steady cam.

With smartphone cameras offering amazing video recording, we have seen more people pick up their phones and start filming. We’re not just seeing short viral videos though, but in some cases really impressive cinematic works of art. 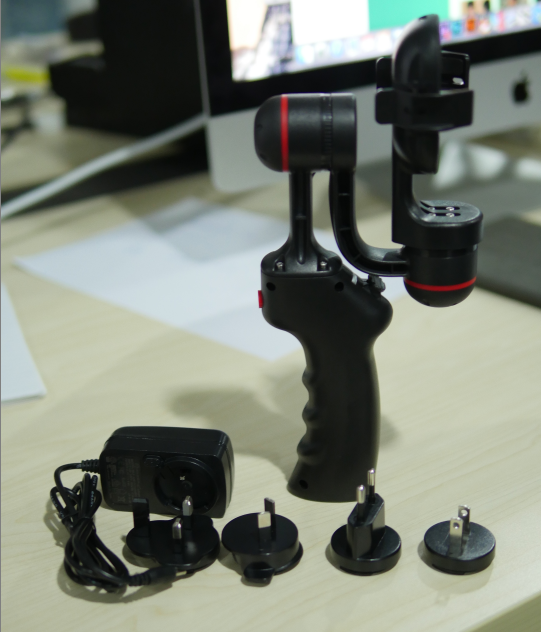 As is becomes more popular to film with your phone, Chinese accessory makers have started to produce equipment to aid steady filming, like the Wenpod SP1 we see here. Now, for some high-end phones you might thing an image stabilising mount isn’t necessary, but even with OIS it can still be hard to make a smooth recording when action speeds up.

The Wenpod SP1 is a handheld smartphone camera mount which boasts accelerometers, gyros and motors to help keep your phone steady. The mount which holds your phone in place could also easily be used to hold a Go Pro or even digital camera and although only offers dual axis stabilisation it does make a difference to hand-held video.

In the box comes the SP1, charger and adapters different plug configurations used around the world.

We’re not sure on pricing, but more details can be seen over on the Wenpod website along with details of their more advance models.

Previous Could the JiaYu F2 actually have a MT6732 SoC?