Beelink isn’t the most popular TV box maker out there, but the company’s MXIII Plus seems to want to change that.

The TV box comes with 2GB of RAM, 8GB of ROM and has support for microSD cards up to 32GB. However, the device runs a not-so-popular (anymore) Amlogic chipset, in the S812 2GHz quad-core SoC. While that might not be the best feature of the device, it makes amends with support for 5GHz WiFi (and not just 2.4GHz). 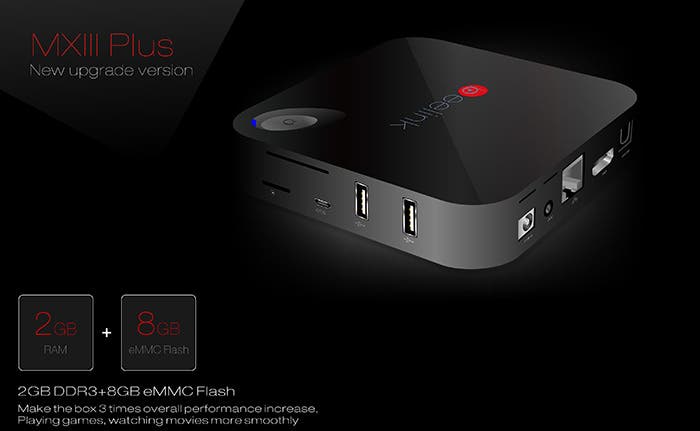 Also, it runs Android 4.4 KitKat out of the box, which should be upgradable to Android 5.0 Lollipop, although there’s no word on that as yet from the company. As you would expect from any TV box of today, there is support for Miracast so you can mirror your phone’s screen to your TV routed via the Beelink TV box.

The octa-core GPU on the SoC means that the device can also support 4k x 2k video output… which sounds like something that umPC builders could do with. The MXIII Plus is available for US$95.99 shipped via reseller Gearbest.