Along with the addition of a fingerprint scanner and a new unibody alloy design, the Meizu MX5 also received an AMOLED display, but owners in China are seriously unhappy with the panel.

The last time we had seen so many customers flock to the forums and complain about a display it was when the OnePlus One launched and customers complained of yellowing. Even after watching their rivals suffer through the complaints, Meizu done’t seem to have done much better with their Meizu MX5.

The MX5 ships with a 5.5-inch AMOLED display from Samsung. AMOLED panels are usually praised for vibrant colours and deep blacks, but customers in China are complaining that the Meizu MX5 screen has a number of issues.

From quality issues that include yellowing of the screen, white marks to visual issues like grainy images, it seems that the MX5 (of the first batch at least) has some serious screen problems.

The official Meizu forums in China are full of complaints about the screens, with some commentors even suggesting that Samsung offloaded a back of defective panels on Meizu for the phone. 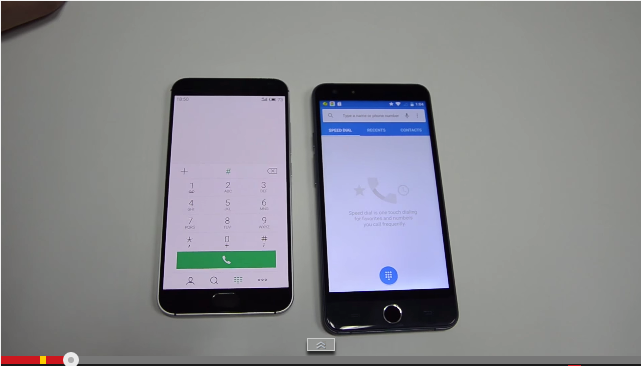 Some fans have also mentioned out the 1080 display of the m1 note actually looks better than the MX5 screen, a crushing insult for the flagship phone.

To give you an idea of the yellow tint to the display the video below shows the flagship Meizu MX5 next to the Ulefone BeTouch 2 in a screen comparison. The BeTouch 2 does seem brighter and offer whiter whites, but we would need hands on time with the phone to be sure for ourselves.

Are their any MX5 owners out there who are unhappy with their Meizu MX5 displays? Or is your display perfectly fine? Let us know in the comments below.