You may recently have seen the OnePlus 2 video that broke the internet a couple of days back. If you haven’t, do so now by following this link.

Three variants of the OnePlus 2 are rumoured, including the A2001, A2003 and the A2005. The version to have been benchmarked in this listing happens to be the A2005 model, which has 4GB of RAM.

OnePlus announced that the OnePlus 2 would have 4GB of RAM, but recent leaks suggest otherwise. This hints at a possible 3GB RAM option that OnePlus might have for China.

Coming back to the 4GB RAM OnePlus 2, the phone will have the Snapdragon 810 SoC as you already know, and long with that, 64GB of ROM. There’s no word if 64GB would be the standard (it probably won’t). 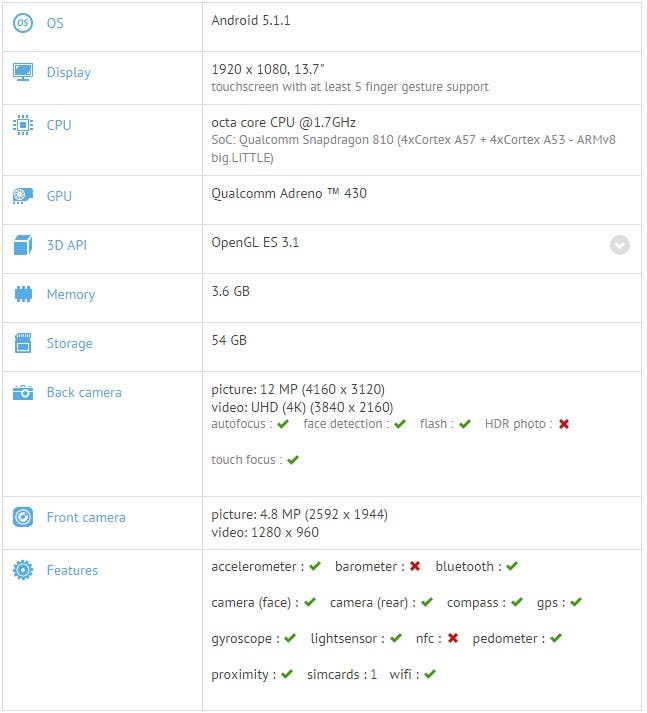 The leaks goes on to reveal that the phone will feature Android 5.1.1 out of the box, along with a 13 mega-pixel camera (which MKBHD reviewed already). That’s pretty much it; display size will more or less be 5.5 inches (don’t go by the 13.7 inches mentioned in the listing, the device was probably connected to a larger screen for convenience’s sake while benchmarking).

Previous Oukitel U2 is Yet Another Oukitel Phone (#YAOP)

Next Breaking: OnePlus 2 leaks hours ahead of launch in full glory