Security specialists turned phone maker 360 announced their range of smartphones in China this week sporting either Mediatek or Qualcomm chips. Here are the full Qiku 360 specs.

The 3 models cover all price bases with the most affordable model coming in at just 1199 Yuan, while the flagship “Exclusive Edition” costing a huge 3599 Yuan. Sitting between those two models is the “Ultimate Edition “ for the familiar 1999 Yuan price point.

Going over the specifications of the two more expensive models we can also see that those early leaks were in fact accurate and both phones come with dual rear cameras. All 3 phones have rear fingerprint scanners. 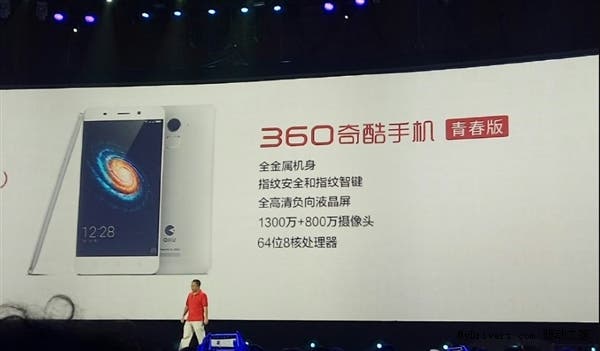 Costing 1199 Yuan, the Qiku Youth model is looking to square up to the likes of the LeTV Le1 and the newly released Xiaomi Redmi Note 2, and unsurprisingly the phone comes with a 5.5-inch 1080 display, 3GB RAM and 16GB internal memory. The front camera is a highlight at this price point being an 8 mega-pixel, while the rear is a 13 mega-pixel sensor. Another standout feature is the fingerprint scanner and alloy body.

But there is one point which does jump out and that is the processor. Like the LeTV and Xiaomi phones of a similar price the Qiku Youth has a Mediatek chip, but in this phone it is the MT6752 processor with a much lower clock speed and slower GPU.

Join GizChina on Telegram
Read Also:  Android: A new dangerous malware is hiding in these applications 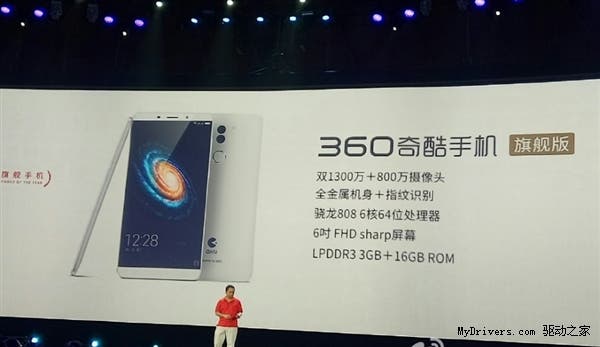 Costing 1999 Yuan the Qiku Ultimate will be set to take up the battle with the OnePlus 2 and newly launched ZUK Z1. This time we see a larger 6-inch 1920 x 1080 display, 3GB RAM, 16GB memory, 8 mega-pixel front camera and dual 13 mega-pixel rear cameras.

Construction is alloy again and the rear has a fingerprint scanner. Processing power comes from Qulacomm this time and their Snapdragon 808 processor. 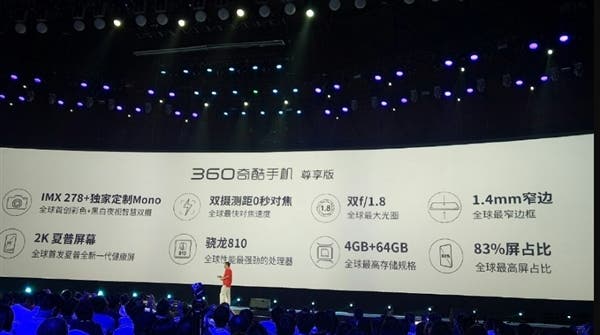 Sitting at the top of the Qiku heap is the 6-inch Exclusive model. In this phone we see a higher 2K resolution, 4GB RAM, 64GB internal storage, 8 mega-pixel front camera and dual 13 mega-pixel rear.

Qualcomm once again supply the processor but this is Snapdragon 810’s turn to show up!

Other details include 2.5D glass, but oddly enough we have no details of the battery size of each model. What we do know though is that each phone will be offered with a set of security tools including a VPN which is an interesting choice for a Chinese phone vendor to include.

We’ll have more news about the Qiku range of phones, but from what you see so far what do you think?

Next OnePlus 2 Review: Worth the hype?