Next week PPTV will be unveiling their first ever Android smartphone, but a 5 day wait isn’t needed to see what the phone will look like once launched.

PPTV are the second video streaming service from China to launch its own mobile division this year. LeTV hold the crown for being the first, and have had great success since they launched the LeTV ‘Super Phone’ range just 4 months ago.

The PPTV handset will be officially launched on the 7th September, and so far the device and its hardware have been kept a close secret. The only details we have been able to uncover are the possibility of a glasses free 3D display with 2K resolution and 2.5D 5.5-inch glass display. 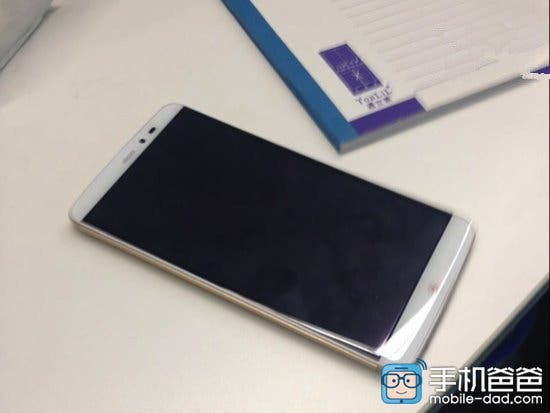 Looking at the leaked image above, we can see that the large glass panel curves to all edges of the device and covers a display with invisible borders (will it have those black bezels we are seeing on other phones?).

So that’s it for the PPTV leak for now, but be sure to keep posted for more news of this upcoming device and final launch details next week.

Next Snapdragon 808 powered Xiaomi Mi4C shows up at TENAA, priced around $251