With less than a week separating now from the launch of the Xiaomi Mi 4c, more and more leaks and rumours are starting to come out. Interestingly, there’s also a little official info thrown in this time.

Top Xiaomi exec Bin Lin has confirmed that the upcoming phone will have a Snapdragon 808 processor and a USB Type-C port. Both features had been long rumoured for the phone, but today’s development should bring the rumours to an end.

The phone will be formally announced 22nd September. A couple different variants of the device are expected, with varying RAM capacities and perhaps even storage.

USB Type-C is finally starting to be adopted at a much wider scale than say, the start of the year. LeTV was the first Android phone maker to have shipped its devices with USB Type-C (Nokia’s N1 was the first tablet), which was soon followed by the OnePlus 2. 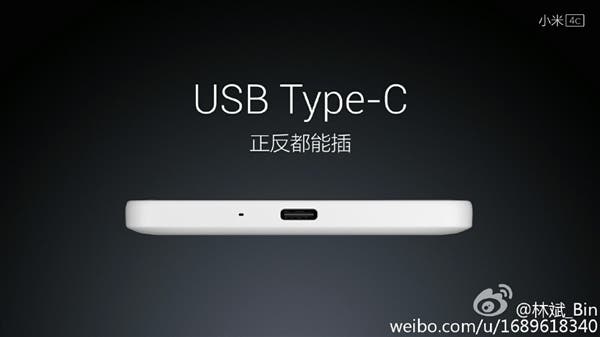 Besides USB Type-C and a Snapdragon 808 hexa-core processor, the Mi 4c will have a 13 mega-pixel rear camera, a 5 mega-pixel front facing camera, a 5-inch screen and a 3120mAh battery. All of this is very reminiscent of the Xiaomi Mi 4i, a phone which didn’t fare as well on the market as Xiaomi would’ve liked. The company would be hoping to make amends with the Mi 4c.