We’ve already seen a couple Chinese phone makers in Xiaomi and Letv (LeEco) dish out Snapdragon 820 phones, and OnePlus might just be the next with the OnePlus 3.

However, a much larger section of the international audience should be able to get their hands on the OnePlus 3 as compared to the Xiaomi Mi 5 or the Le Max Pro.

Coming to the subject of this article: OnePlus 3 specifications, which leaked thanks to AnTuTu (which is a popular benchmarking app, if you aren’t aware). Here’s what the listing has to tell us about the phone: a 1920 x 1080p display, Snapdragon 820 processor, 4GB RAM, 16 mega-pixel rear camera, 8 mega-pixel front facing camera, 32GB ROM and a model number A3000. 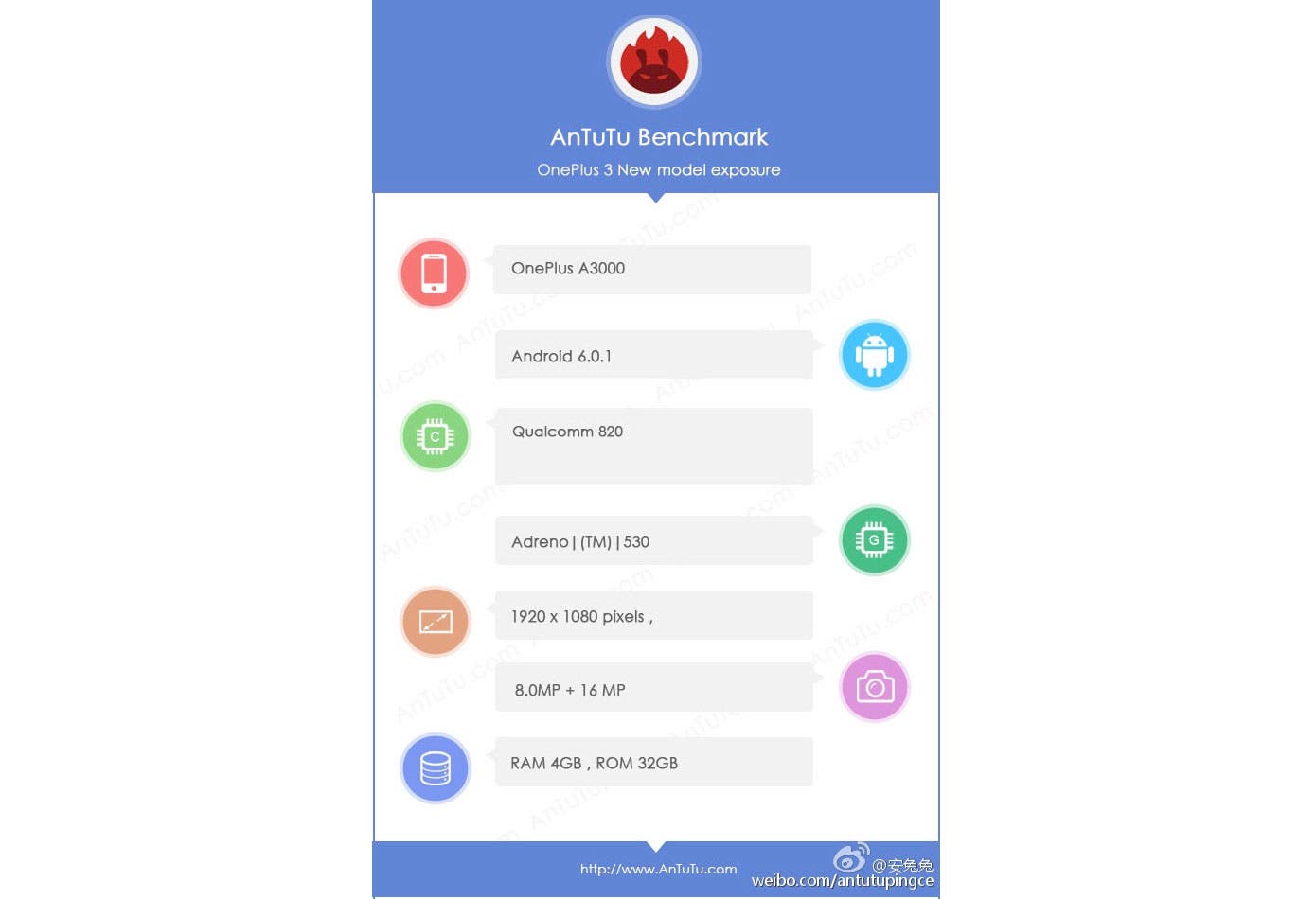 Some might be disappointed to see only a 1080p display on the OnePlus 3, as suggested by the leaks. OnePlus have been known to use OPPO’s designs, and it is likely that the OnePlus 3 and the OPPO Find 9 share a bit in common. This could also explain the 1080p screen; OPPO’s versions could come with higher res ones (as in the case of the OnePlus One/Find 7).

OnePlus have traditionally attacked their competitors with super aggressive pricing. Expect the OnePlus 3 to attempt to pull off something similar.

What would you pay for a phone with the above mentioned specs?