If you like filming the action and you love the idea of VR then you are going to need a 360 degree camera. Luckily Chinese camera makers are on the case and already the first budget Chinese 360 action camera has been announced.

AMKOV are one of the better known Chinese action camera makers. They have built a name for themselves building low-cost alternatives to GoPro cameras, and their products have been fitted to the helmets of various outdoors people in the pursuit of being extreme and gnarly.

Although the action camera market is still growing, AMKOV are just sitting idly on there standard action cameras, but instead followed the 2016 trend of building a 360 degree action camera.

Looking at the design of the AMKOV AMK100S, I’m not sure that the camera can strictly shoot a full 360 degree sphere of video from its single camera and lens, but it is likely to be much wider than a standard camera and the footage could be viewed through one of the many new VR headsets we have seen recently.

Specs for the camera include a 1000mAh battery, 8 mega-pixel lens that can shoot up to 1440p @ 30FPS, 2 hour run time, and the camera will even come with its own waterproof case for use underwater. 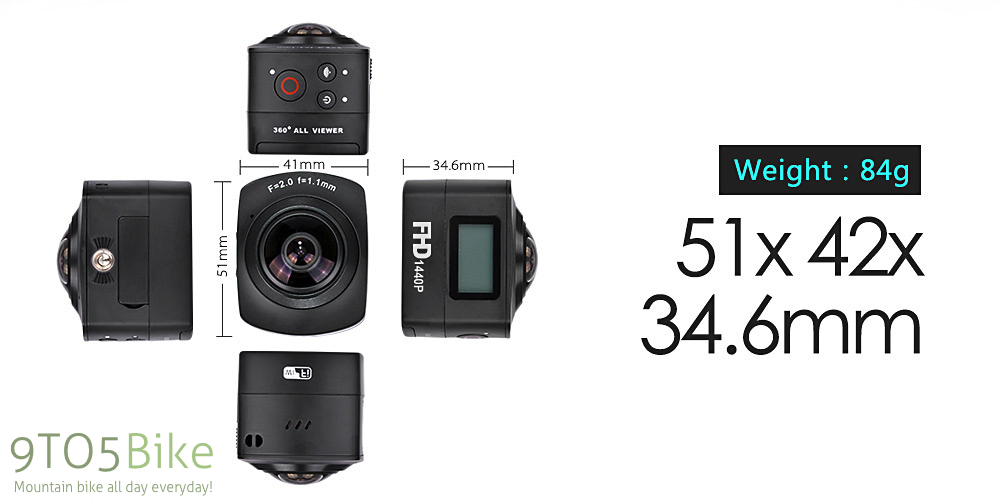 Pricing for the camera is only $130 which is significantly less than the likes of the Gear 360 from Samsung and other 360 cameras (which generally cost around $450-$500) so it could make a good budget option for 360 videographers.

Next No.1 G3 Smartwatch Review: A step in the right direction