Even with the emergence of the new flaghship model Meizu Pro 6 the last generation is hardly out of steam and there is even a strong argument for Meizu Pro 5 being still the superior option. So it makes sense that the company is releasing even new version of the Pro 5.

Starting today the Meizu Pro 5 is going to be available in a pretty special Ubuntu edition, which is of course still a niche pick for the operating system, but for the enthusiasts it could be a pure nirvana. The phone is still packing extremely powerful hardware and thats not changing with the Ubuntu edition, so it’s still very appealing choice, but what about the price ? 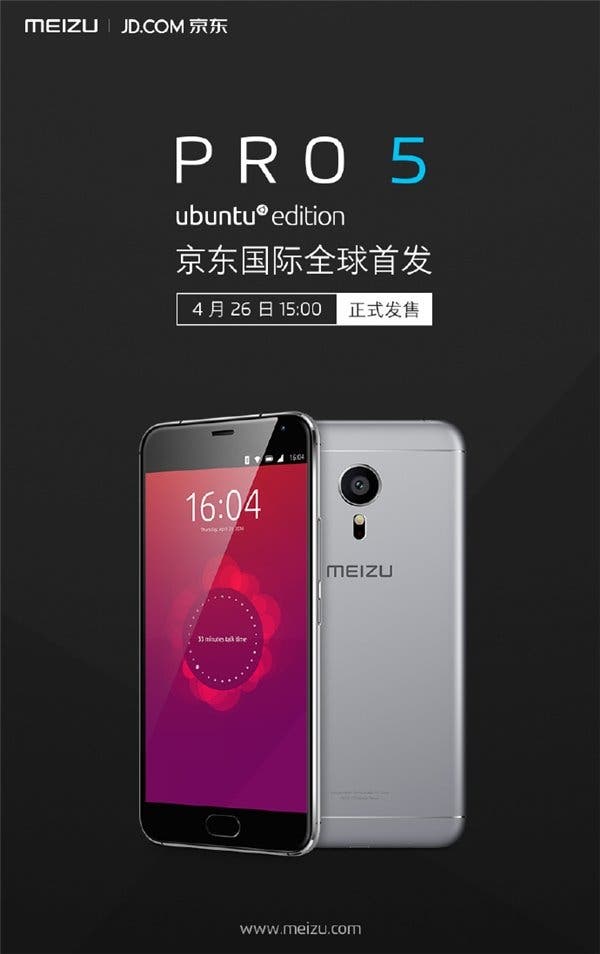 We have a picture showing the Meizu Pro 5 Ubuntu edition listing on the JD Mall for 369.99$, which would be a very competitive price even for the 32 GB version, but as of this moment i can’t find it anymore either on the chinese or international JD websites. But it exists so we have to hope it reappears there soon enough again.

Next New portion of the Elephone riddles