Meizu’s currently on a launch spree. The Zhuhai-based Chinese phone maker has already launched a few phones in the past few weeks, and has plans for some more.

Amidst that, Meizu have scheduled a launch event in New Delhi, India, for the 11th of May. The invite doesn’t say much; all it tells is that a ‘long lasting beauty’ will be launched.

The m3 note was launched in China back in April. It features the new MediaTek MT6755 Helio P10 processor with 2/3GB RAM (among other things), and is priced 799 Yuan/999 Yuan (2GB/3GB RAM) respectively.

The Redmi Note 3 has done well in the Indian market so far, and Meizu will be keen to snatch a slice of the market pie from Xiaomi, given that the 11th May will indeed see the launch of the m3 note. 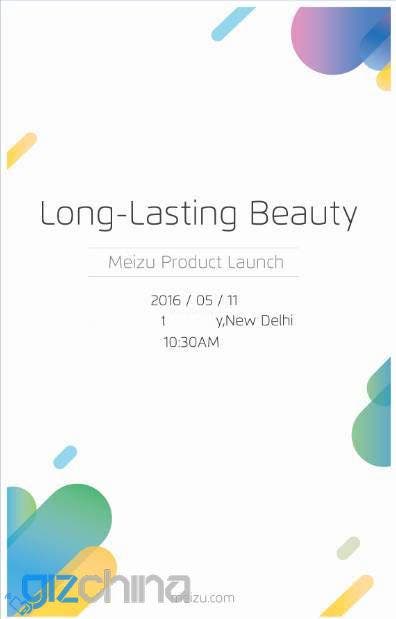