ZTE have just wrapped up the launch of their Axon 7 flagship today announcing a price from 2899 Yuan, with Snapdragon 820 and HIFI audio.

The Axon 7 is the latest addition to the Axon flagship range of phones from ZTE and with a Snapdragon 820 chipset and 4GB RAM it matches up with similar top of the range phones from other manufacturers this year.

Highlights of the newly launched phone include a rear 20 mega-pixel camera with Phase Detection Auto Focus, OIS and a very appealing aperture size of F1.8. 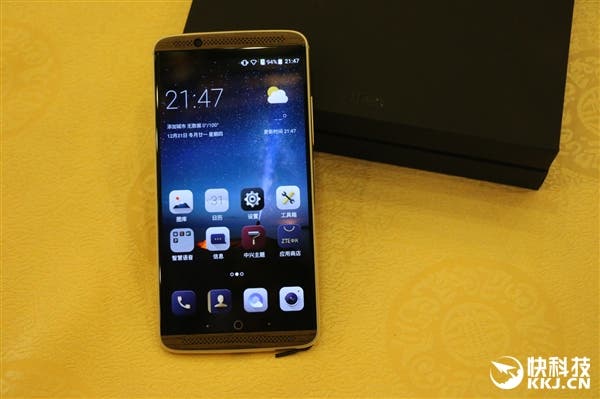 Axon have given the Axon 7 a decent HIFI audio system which includes a Sony AK4961 chipset for recording and AK4490 and Dolby Atmos for audio playback.

2 phones will be offered with either 64GB internal memory or 128GB, but both phones also come with the option of running a micro SD card of 128GB too.

The all metal phone boasts a 5.5-inch 2K AMOLED display, 8 mega-pixel front camera, and fingerprint scanner on the rear. The higher priced of the two phones also has a 3D touch display just like previous Axon phones.

Other nice touches are USB Typc C, Headphone jack, NFC, 3250mAh battery, and Qualcomm Quickcharge 3.0. Pricing starts at 2899 Yuan in China. North American markets will pay from $449 while the phone will cost 409 Euros (for the non 3D touch model) in Europe.

Previous LeEco X502 might ship with an Exynos chipset