Doogee are like the brand that always remains there and thereabouts… never really fades away (thanks to the multitude of launches!).

The newest phone from this Chinese company happens to be the Doogee T6 Pro, another budget brick in the wall. It comes with the MediaTek MT6753 octa-core processor which has become the ‘poster boy’ for all mid-range phones from export brands such as Doogee.

That said, there is something that’s slightly different from the myriad of MT6753 phones around — the battery. The Doogee T6 Pro features a rather chunky 6250mAh battery, which should make the phone good to use for a couple of days at least on one charge. 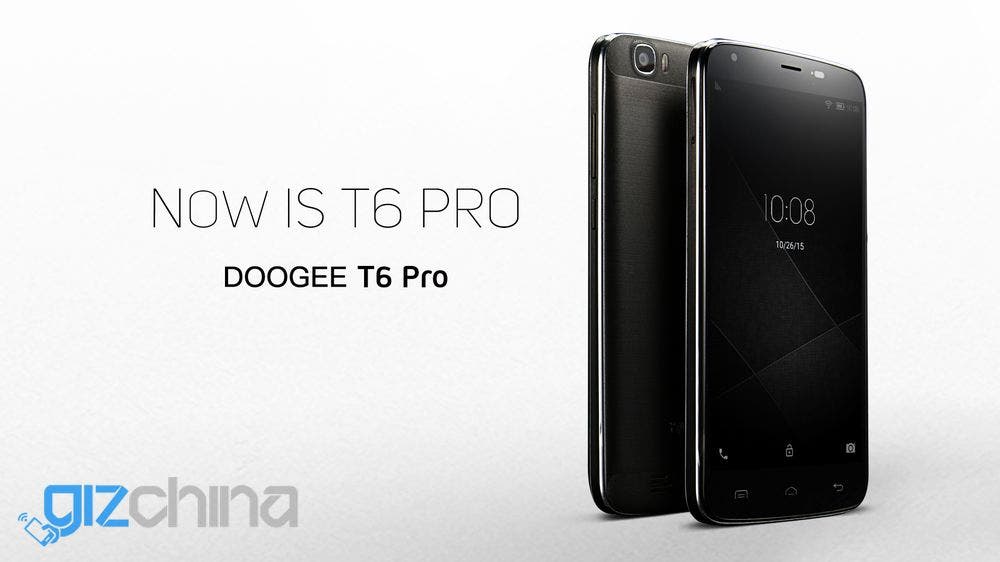 Doogee claim that the 9V/2A charger that comes in the box is Quick Charge 2.0 compliant. Regardless, the charger rating does imply fast charging — how it turns out in real life is yet to be seen, however.

The Doogee T6 Pro gets a pre-sale price of $149.99, which doesn’t seem too shabby for a phone of its specs. More news to follow in the coming weeks!