SuperD? No we’ve never heard of them either, but today they launched a new smartphone complete with bundled VR goggles.

The SuperD D1 is the first smartphone from new brand SuperD and is designed to be more of media device than a powerful gaming rig. The phone comes with a 5.5-inch FHD 1920 x 1080 display, Mediatek MT6750T chipset and options for either 3GB or 4GB RAM.

SuperD have also loaded the phone with dual front 8 mega-pixel cameras with eye position monitoring, and pupil distance to give an enhanced 3D VR experience. 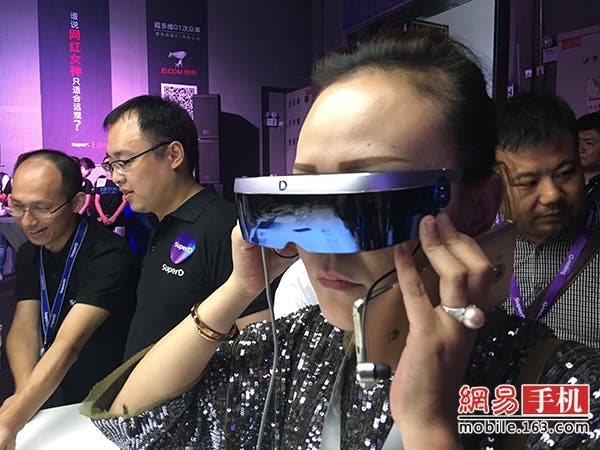 Other hardware features include a 13 mega-pixel rear camera, 3000mAh battery and up to 64GB internal memory.

Included with the phone is a set of 3D VR goggles. It appears that SuperD are only hoping to sell their phone in China with a retail pricing starting at 1199 Yuan rising to 1399 Yuan for the 4GB version.

Previous Meizu launch their own backpack

Next The mystery has a name! Rio launching 10th Sept