The Ulefone Metal is a strong contender for the $120 smartphone market. It builds on the legacy left by older budget phones that came with octa-core processors, up to 2GB RAM, 3G support, etc. The Metal features 3GB of RAM, 4G LTE support, a fingerprint scanner, and interestingly, a full metal body that gives it an extremely substantial feel in the hands.

It’s available for $129, and includes some freebies. Let’s see how it fares in the Ulefone Metal review.

Amongst all export brands, Ulefone have by far been producing the best-looking phones according to many (that is before Vernee came along). The Ulefone Metal is no exception. It’s an extremely nice looking phone, nice enough to make it hard to believe how much it really costs. 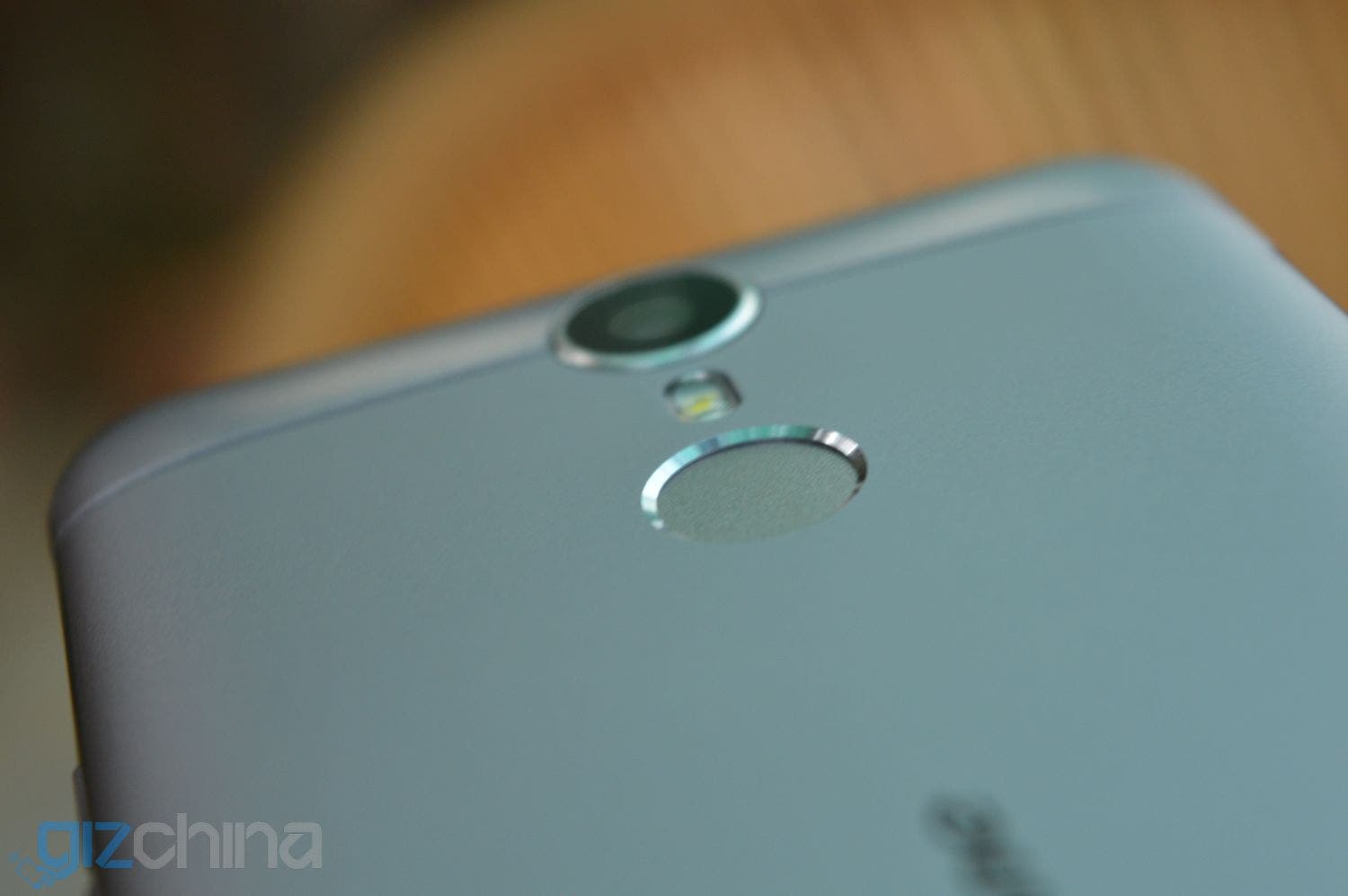 I’m extremely impressed by the Metal on the design and build front. The phone has definite heft to it, that commands attention once in your hands. The fact that it is one of the few 5-inch phones in the market gives it some extra attention also.

Ulefone certainly weren’t kidding when they said they were going to make the Metal out of… metal. The Metal definitely feels more metal than the metal of the Vernee Apollo Lite. Ulefone have also done extremely well with regards to picking the right colors for the phone; it comes in shiny metallic silver and a numb, matte black, both of which seem to complement the material very well.

The phone feels extremely solid and far from brittle. The branding, as always, is done in a very subtle manner thus letting you focus on the phone more than anything else.

The phone shares most of its dimensions and design with the Vernee Thor, which is something worth noting (the skeletons of both phones probably come from the same facility). While I haven’t used the Thor myself, I’ve heard good things about it nonetheless.

This is where it starts going south for the Ulefone Metal. It’s definitely a device with a respectable spec sheet (with the pricing in mind), but the phone does not deliver, according to the time we spent with it. Keep reading to know why.

The first major mistake that Ulefone seem to have committed is slapping on a low-res digitiser (I’m not talking about the display here, rather the piece of tech that registers your touch input). This makes the phone feel sluggish, something that it really isn’t (or, shouldn’t be).

In fact, I think a high-res digitiser is something all budget brands should invest it. You don’t want an inexpensive part to bottleneck performance on devices that are designed to be extremely affordable. 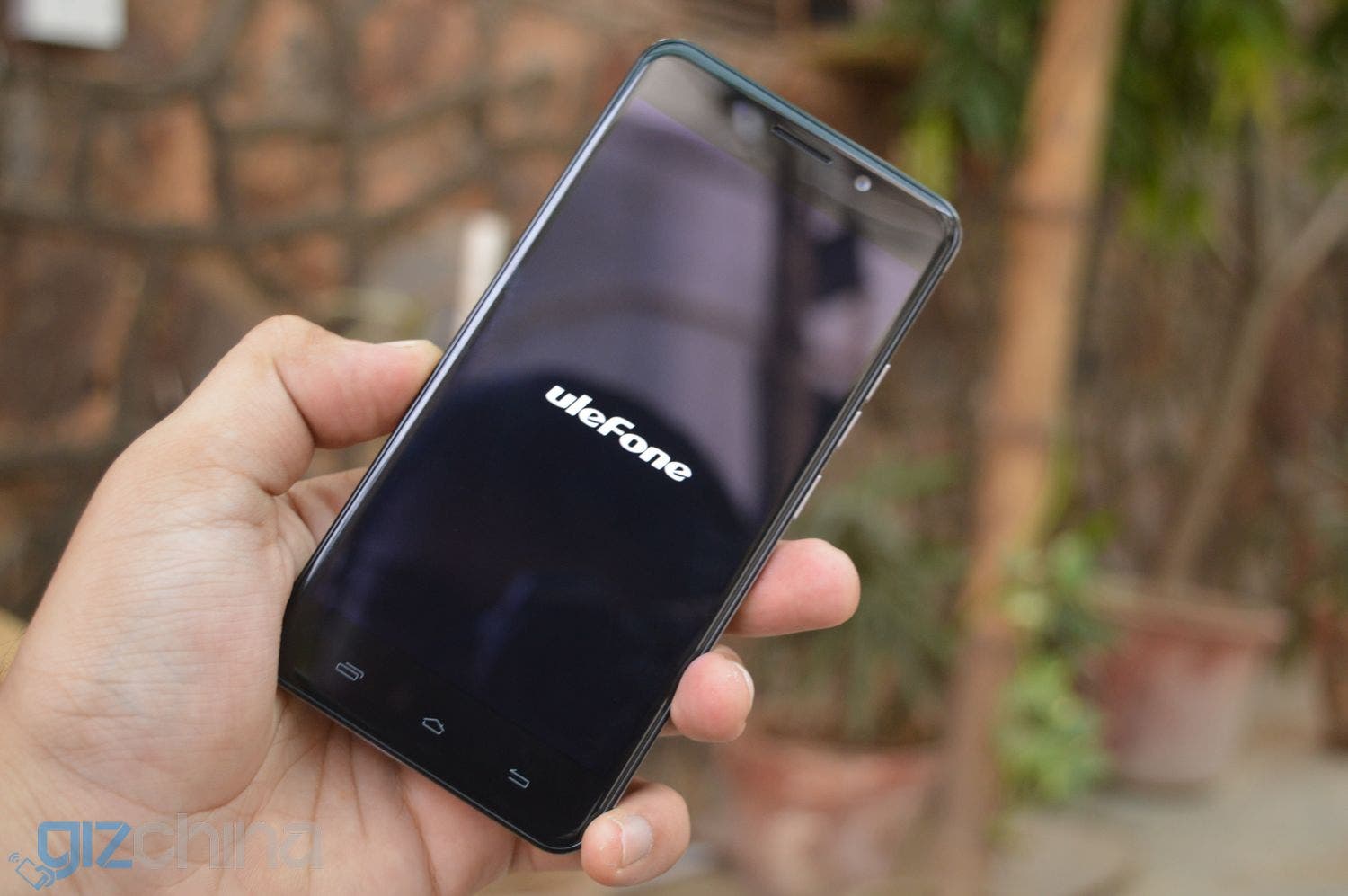 Coming back to the Metal, it’s not just the touchscreen that’s let me down. Let me put it this way — I’ve used a few MT6753 phones that perform much better than the Metal. On paper, the Metal has the specs to be an absolute killer, but that didn’t transform into real life performance for me.

There’s definitely stuttering every now and then, especially when you have a few apps running — you’d expect to be able to do that on a phone with an 8 core CPU and 3GB RAM. I’m suspecting a not-upto-par-grade RAM chip on the phone that’s causing the issue.

Another issue with such phones is the software. Yes, there are OTAs and stuff, but things hardly change from where they started out from. The Metal has been around for a while (this surely isn’t the first review of the phone you’re coming across), so we’re certainly not looking at a beta build or something.

The software is basically vanilla Android combined with some usual features that you never really use — gestures, etc.

Moving on, the fingerprint sensor. It’s sadly not the fastest one I’ve come across, nor the most accurate. I keep getting the ‘partial fingerprint detected’ message, leaving me frustrated. When I discussed this with a friend of mine (who also has a Metal), he said I might have a bad phone. It turns out I got sent two Metal units, and both have the exact same issue. In that case, they’re either using a poor fingerprint sensor or have some really bad QC going on.

The hardware side, besides the fingerprint scanner is pretty average also. The camera, as you’ll read in the next section, is pretty sub-par also. 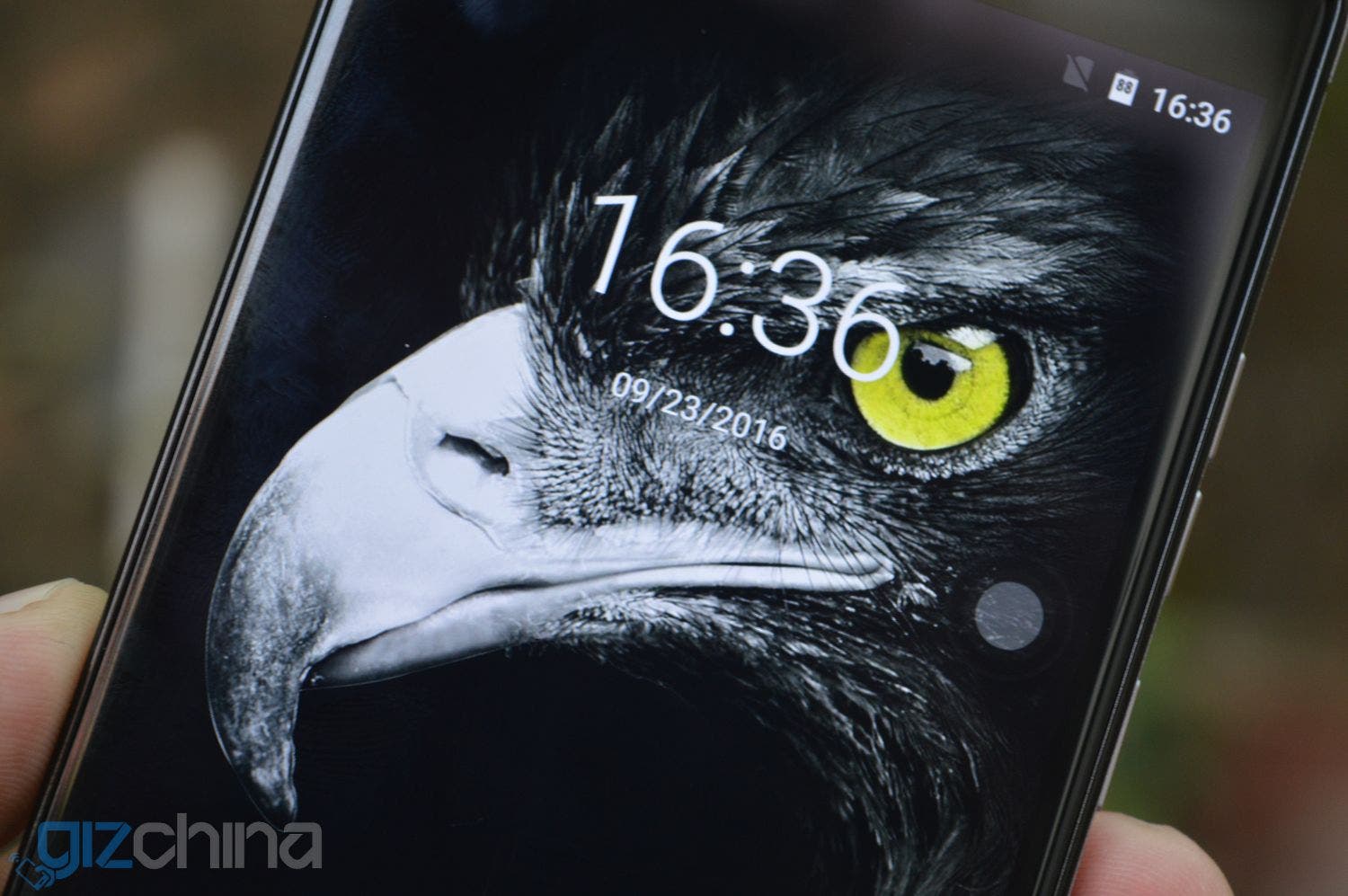 The display though seems decent for what it is (but it isn’t too much, only a 720p unit). There are two ways of looking at it — as a standalone 720p panel, there isn’t much to fault. But, with the pricing in mind, there’s more in terms of numbers (i.e., pixels) you can expect. But I guess with the Metal that’s the price you’re paying for everything else that you get with the phone.

The battery life has been rather good. It’s perhaps the only aspect of the phone that performs as well as the corresponding spec would suggest. Charging isn’t very slow either, and getting one whole day of battery life isn’t an issue. It’s worth noting that a rogue app was causing the phone to not enter deep sleep, thus eating up battery life — I’m trying to find out what app that is.

The camera is slow to focus and to take photos. There aren’t too many controls on the camera app either. According to the makers, an 8 mega-pixel sensor made to take 13 mega-pixel photos thanks to software. There’s HDR of course, but it’s hardly ever usable, especially given the speed.

Pictures taken in low light lack structure, while those taken in daylight seem to be usable (for nothing more than social media). As mentioned, the HDR mode only makes the camera slower (almost unusably so), and is a bit of a pain to deal with. 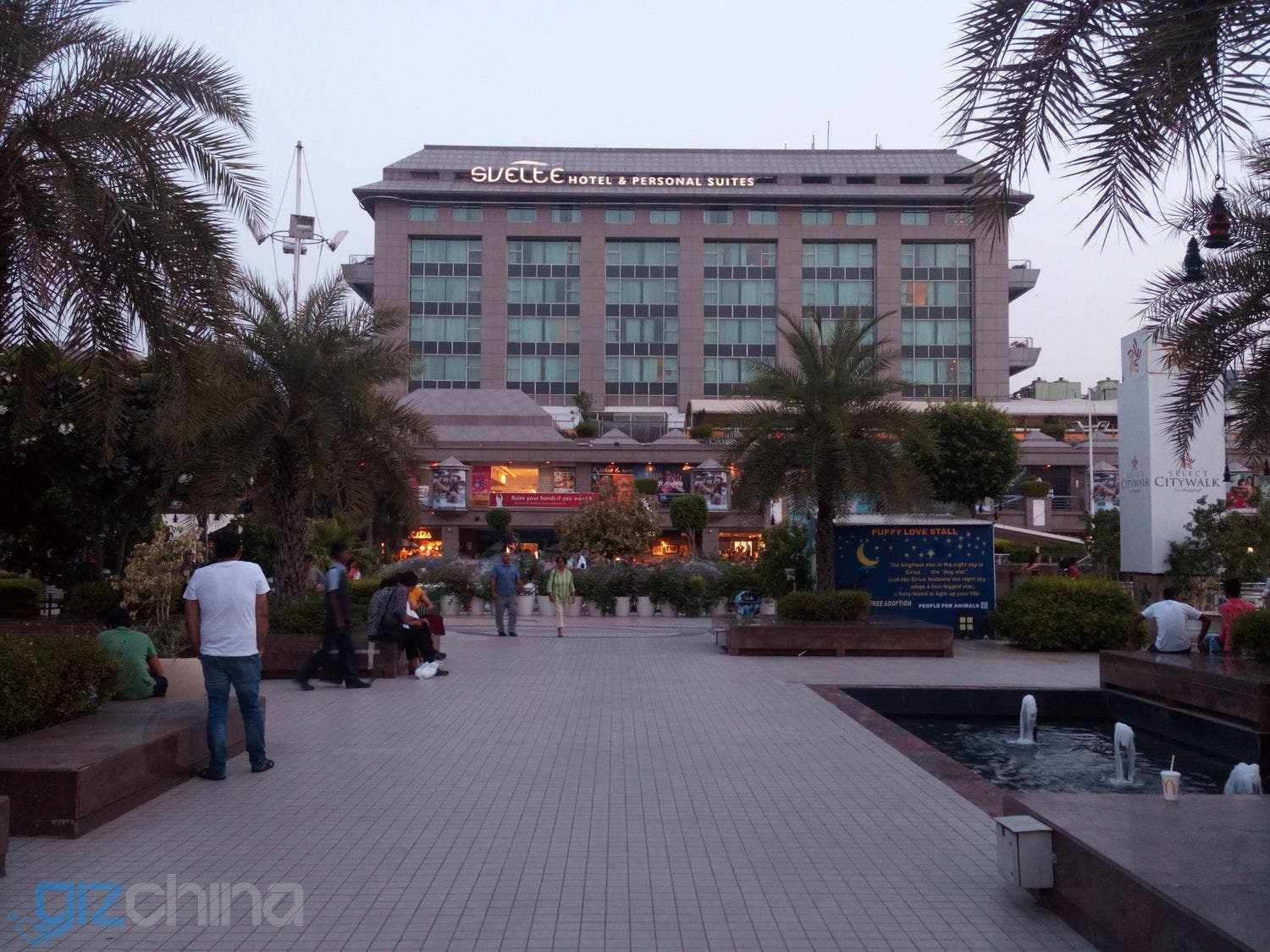 In all, it feels like Ulefone focused a bit too much on the exteriors of the Metal without giving the insides due attention. Which is a shame, because on paper, the Metal has it to be an absolute killer — think Xiaomi’s Red Rice back in 2013, but a little less.

The company still has a chance to patch it up with some real software updates (not just some random OTAs only to boast about), but that will still not make the phone what it could’ve been. In a nutshell, I don’t really recommend getting the Ulefone Metal. Something like the Cubot X16S — ~$20 cheaper, but lacks fingerprint sensor and uses different processor — is a better option in my eyes.

You can purchase the Ulefone Metal from Everbuying by clicking the button below.

Previous Watch: Another tribute to the Nokia 3310 from UHANS