Earlier today, VP of Meizu Li Nan posted the most official details we’ve had about the Meizu MX6S we’ve had so far.

Nan, states that the upgraded Meizu MX6S will be a ‘polished’ version of the current MX6, and will retain a Mediatek Helio X25 chipset. In fact, the boss states that the X25 is sufficient for daily use and it wasn’t worth pursuing an update at this stage.

His post also takes a pop at Smartphones using Snapdragon 820 chipsets, and the fact that many have already been superseded this year with new models. Ironic considering how fast Meizu have been known to replace phones. 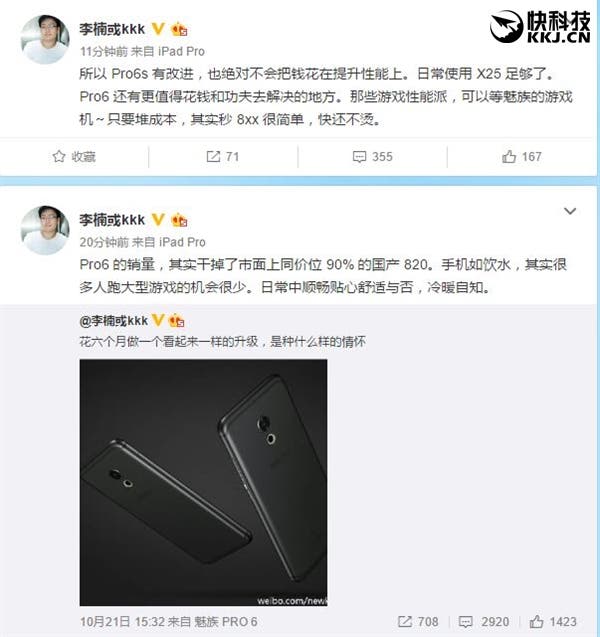 Nan hasn’t stated what updates the MX6S will have but has said for fans to expect a more polished and better-optimised phone. The launch date for the MX6S is the 31st of October! Will it be a Trick or Treat?

Our advice is if you want a phone that looks like a Meizu MX6S and features a Helio X25 chipset is you go for the current Meizu MX6 which is on sale for as little as $260!

Meizu And Blue Charm Could Split