After a very long wait and a seemingly infinite number of leaks the Huawei Mate 9 has finally been made official.

As we all expected the new Huawei smartphone comes with a dual camera design on the rear in a larger 5.9-inch phablet design than their previous Huawei P9 model. In addition to the larger size the new Mate 9 features improved rear cameras with a single 20 megapixel sensor backed up by a second 12 mega-pixel sensor. With the two cameras the phone offers a 2 x optical zoom, along with the usual depth features. 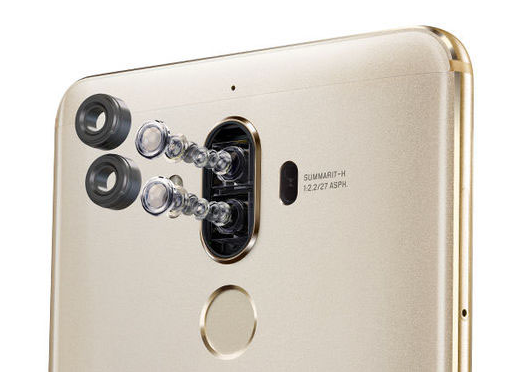 The powerful rear camera design also has OIS and a hybrid autofocus system. It’s pretty much the perfect camera set up for a smartphone. Also on the rear is a fingerprint scanner, and 2 x LED flash.

As mentioned above the display is a 5.9-inch panel and get a front facing 8 mega-pixel F1.9 front camera just above it.

Huawei’s own Kirin semiconductor brand supplies the Kirin 960 chipset, there’s 4GB RAM, and an 8 core GPU too. Internal memory is set at 64GB but there is also room for a micro SD card.

The already feature packed phone even boasts a 4000mAh battery and Android 7.0 based operating system too!