Oukitel have big ideas for their new Oukitel U20 Plus smartphone, and believe the handset has what it take to take on high-price rivals.

We’re really not sure what to think of Oukitel’s latest press release, which has the upcoming Oukitel U20 Plus smartphone compared to the Xiaomi Mi5S Plus and the iPhone 7 Plus!

Oukitel have obviously decided to pit their new phone against these high-priced rivals as they all have dual rear camera designs, but it also appears that Oukitel believes that their $99 phone boasts better hardware than the pricier devices.

On paper the specs do look similar with each phone having dual rear cameras, each device having a display of at least 5.5-inches and each model having at least 2GB RAM. In reality though these written specs are only numbers and figures, and we would really need to handle a real sample of the Oukitel U20 to see how it really compares. 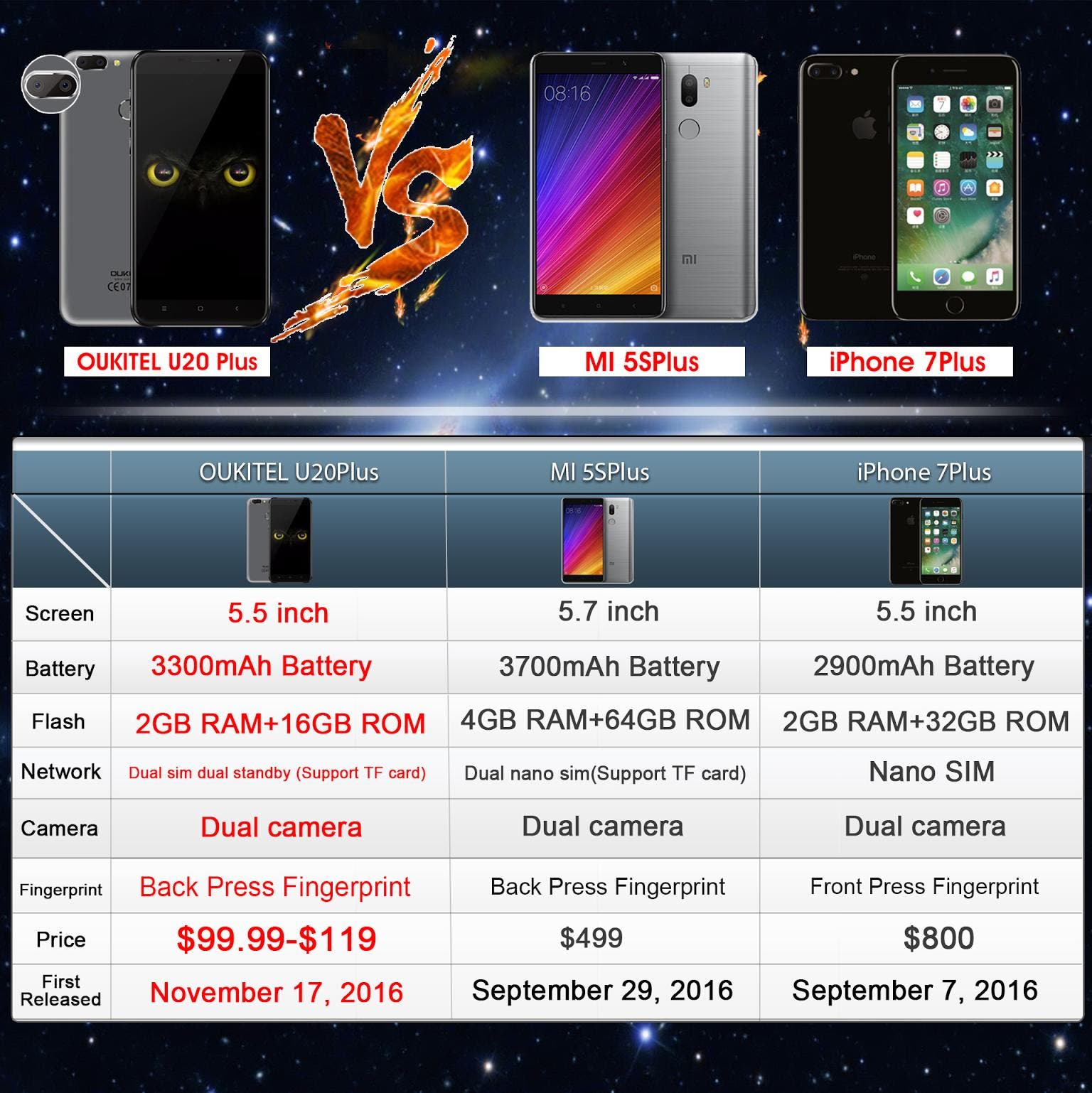 Still though, if you are interested in a dual camera phone with mid-level hardware at least the U20 won’t cost all that much to try!