We don’t know what has happened to the Colawe brand, but it looks like someone has picked up their old phone.

A few months back a smartphone brand named Colawe started to promote a smartphone called the W550. The device looked a lot like a Meizu and featured a white face, gold body and fingerprint scanner behind a physical home button.

In recent months Colawe seems to have disappeared, but whichever factory was making their phone has a new customer in the form of Small Pepper! 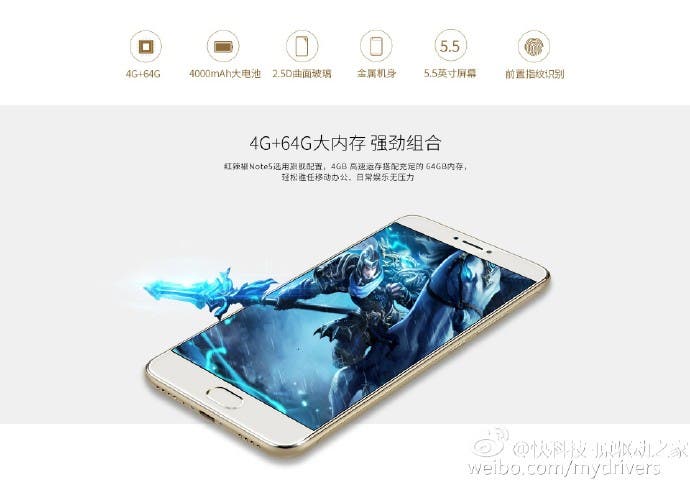 Longtime followers of GizChina will know Small Pepper as one of the hot brands back in the Chinese smartphone wild west. The company even managed to hit international media headlines with some of the first dual core and quad core devices on the market.

The new Small Pepper phone is named the Note 5 and features a 5.5-inch display with 2.5D curved display. It also has a claimed 4000mAh battery and runs a Mediatek Helio P10 , an update over the Colawe model.

Pricing for the device is 999 Yuan and it looks likely that we won’t see an international launch as the OS is based on China’s YunOS which strips out Google services for Chinese alternatives.

Previous Popular 360 cameras from 2016 worth taking a look at

Next MIUI 9 will allow users to delete system apps