One of Sony’s soon to be unveiled smartphones made an appearance today on GFXbench, revealing most of its specifications. It’s code-name is Sony Pikachu and according to the GFXBench listing, it comes with a MediaTek MT6757 Helio P20 SoC (packing an octa-core 2.3GHz processor) and sports a 5-inch HD display. 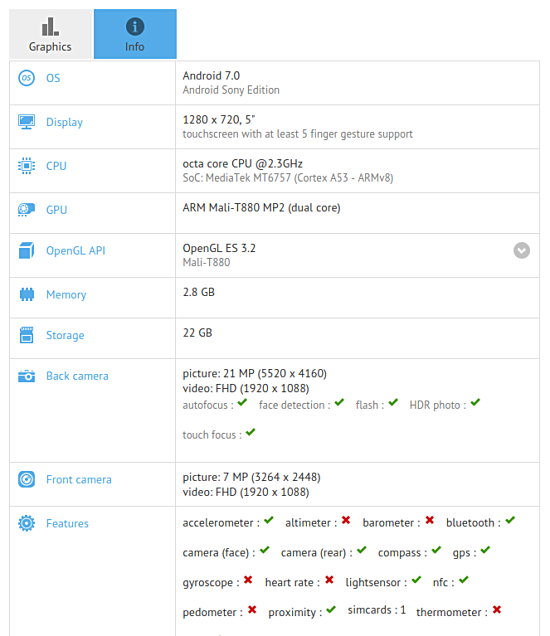 The mid-range smartphone offers 3GB of RAM, 32GB of internal storage and a 21MPixels main camera, along with an 8MPixels selfie camera. The device runs Android Nougat (version 7.0) out of the box.

This… Sony Pikachu seems to be the purported Sony G3112 model that has been the subject of a few leaks until now, and was originally rumored to be powered by Helio P20 chipset and sport a 1280×720 pixel display – just like this one as you can see.

Next Ulefone Gemini Review: Dual rear cameras on the cheap. But how good?

Sony H8521 Pro-A appears on GFXBench, next flagship from Sony?