GPD are an HK-based manufacturer of handy electronics. From game consoles to folding Windows-based laptops, GPD have done it all. Their newest is the GPD Pocket, which seems like their most fascinating product yet.

It looks a bit like something you would see in a sci-fi movie from the early 2000s. But only, it is real. 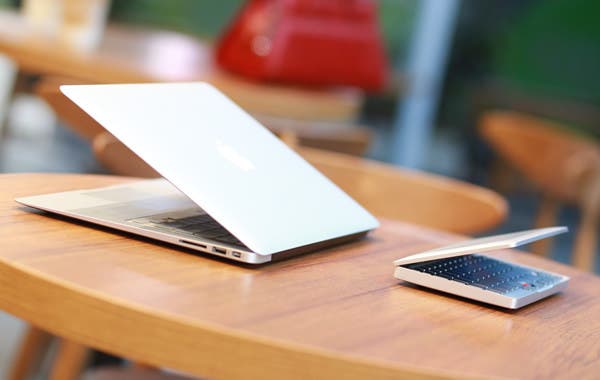 The GPD Pocket comes with an x86 processor that can run full Windows and/or Ubuntu. 8GB RAM, 7-inch screen, 128GB ROM and Intel x7-8750 SoC are the keywords you want to remember.

The device has also had a crowdfunding campaign that has succeeded well beyond what the makers wanted — have a read here.

Here’s a video of the device in action:

It does look like an interesting device, and the spec sheet makes it look worth the $400 asking price. It remains to be seen how soon the product will hit retail.