Ultra low budget, that’s the tagline of the Cubot Rainbow 2. I daresay the Rainbow 2 is the cheapest dual camera phone in the world, edging out even the Oukitel U20 Plus (review here). But at what cost? 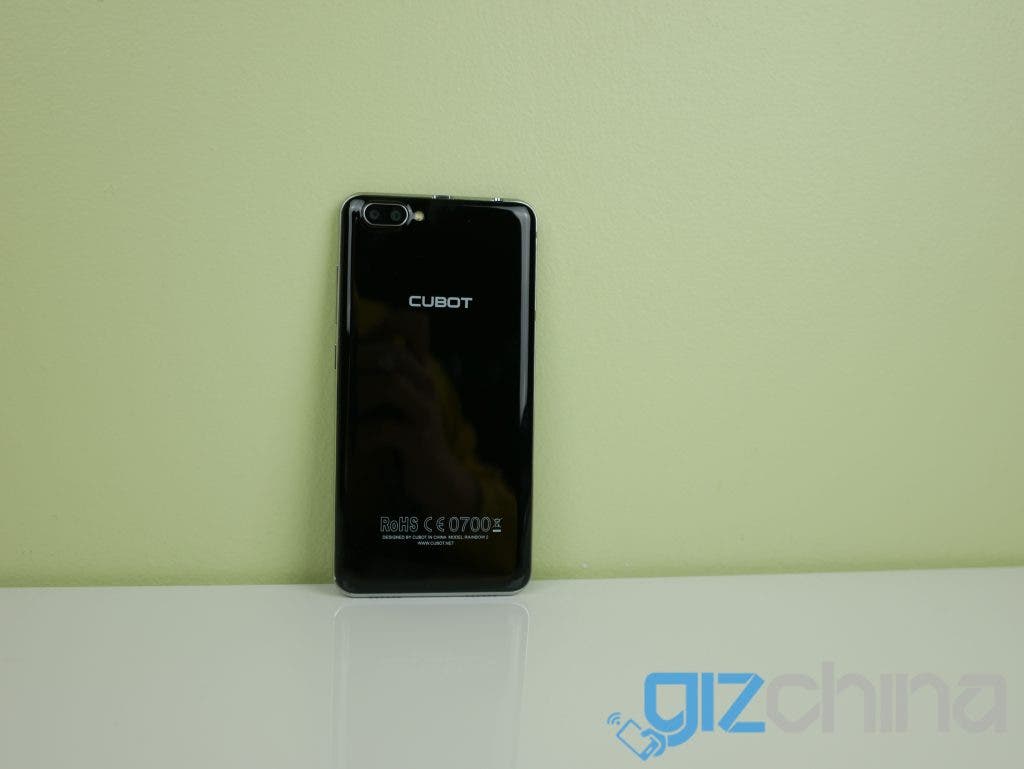 However, that’s the good part. In order to reach this ultra low budget price point, they have opted for some specifications that are subpar compared to the competition, namely a single GB of RAM and the low end MTK6580 processor (low end is generous). However it does have a dual camera on the rear. So let’s see if it’s worth your money.

Big thanks to Cubot for providing this review unit. 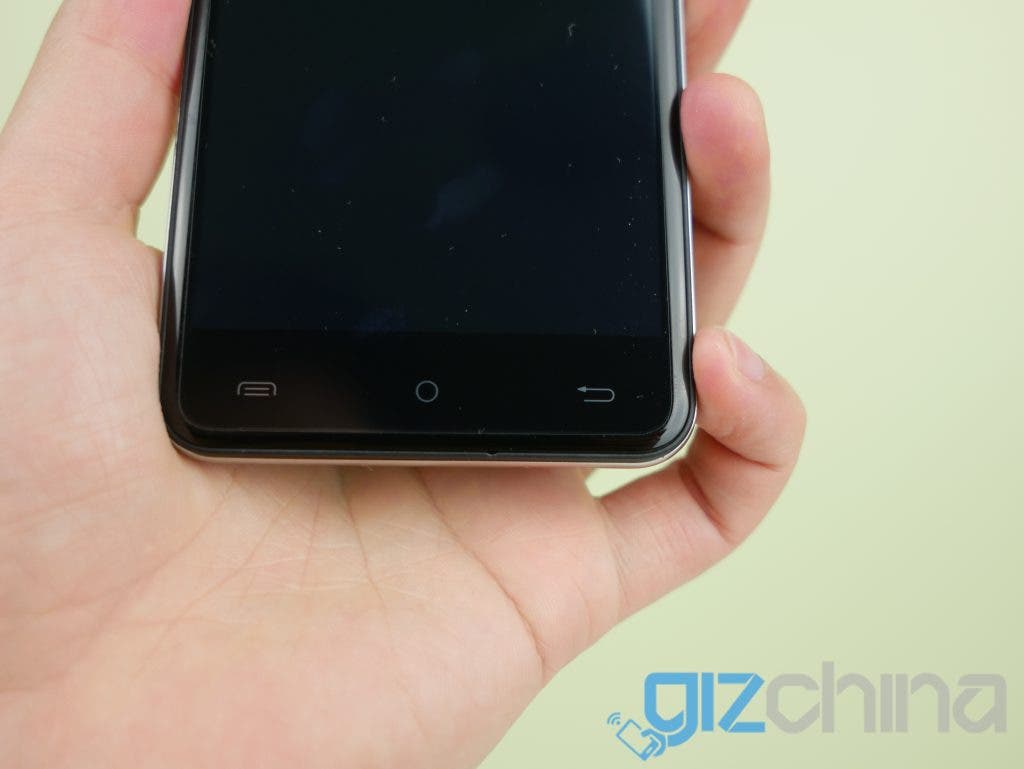 As expected for the price, the build is average. It’s made out of glossy plastic, definitely not my favourite type. It feels quite sturdy and I dropped it onto my hardwood floor twice without a scratch. However, the glossy plastic tends to attract oil and fingerprints after a while. the Rainbow is not unattractive and looks attractive, especially for such a budget device.

The Rainbow itself is not small for a 5” phone. Its narrow enough, but the Rainbow’s length is quite a bit longer than other more compact 5” phones. 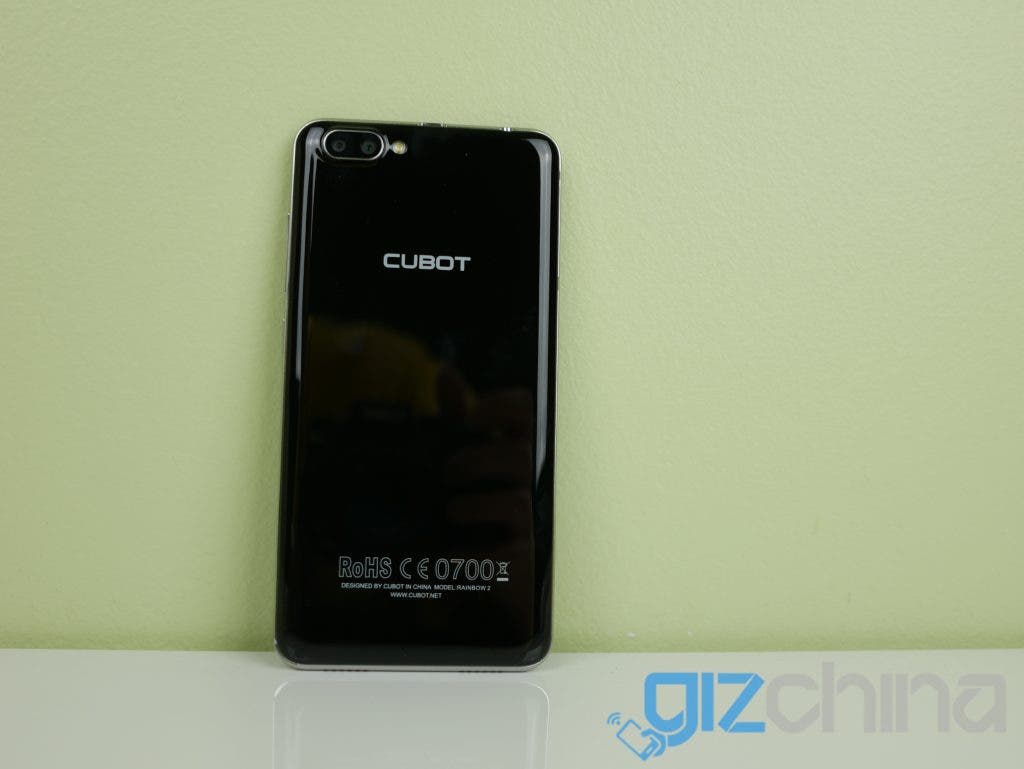 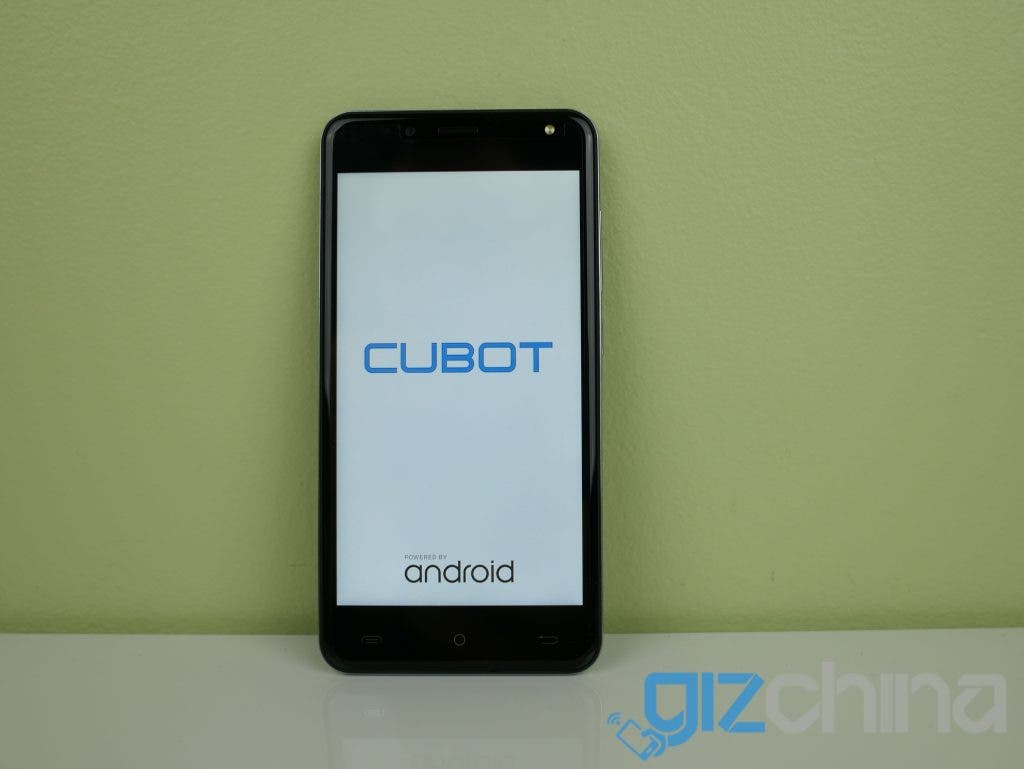 There is a 1280×720 5” LCD that does its job, and quite well may I add. The screen here has good colour quality, decent saturation and a very good maximum brightness of around 450 lux. It does not have any sort of protective glass but has a preapplied screen protector on it.

Do note that the touchscreen is quite sensitive, unlike other budget devices and its accurate. It’s still slightly less sensitive than top end phones, but its more than good enough for everyday use. 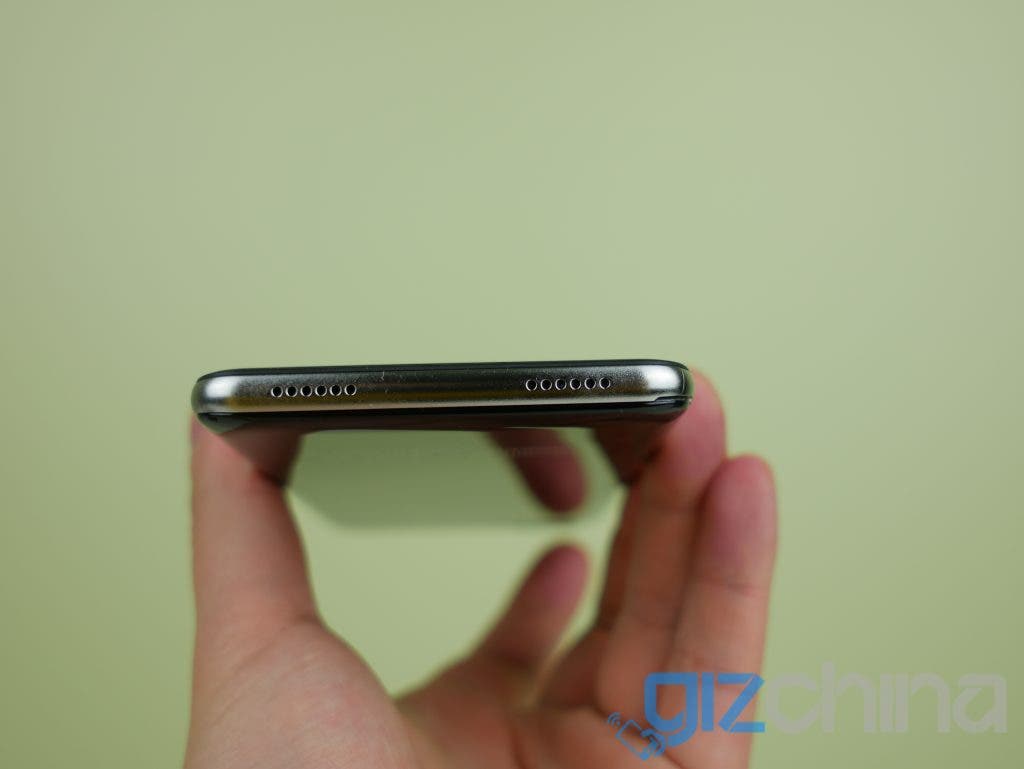 Audio here is nothing to write home about. Its sufficiently loud but quality is below average. Nothing unexpected for such a cheap phone, but just be aware that you won’t be getting Hi-Fi quality sound from this phone here.

Cubot has used a non-removeable 2350mAh battery to power the older MTK6580 processor, and battery life understandably won’t be great. After some testing, I was able to get around 3-4 hours of screen on time before the battery bar hit 0% and this was almost exclusively light use; web browsing, Reddit, and SMS with the occasional light game and photo.

We have completely stock Android 6.0, but the MTK6580 processor is not only low end, it’s the lowest of the low end. Barring previous generation chips, this is the slowest current generation MTK chip you can find, and that can be a problem for many people (especially if you frequent a website like this).

Opening and closing apps were not fast at all, even compared to the newer entry level MTK6737 processor. Multi-tasking is close to impossible because of the meager 1GB of RAM, and we are taking multi-tasking at its most basic, switching between the dialer, messaging, and the calendar can be slow.

This phone can handle the most lightweight games such as 2048 with aplomb, but you do see the phone struggling with games like Clash Royale or even Candy Crush. Games like these are still playable, but they do lag from time to time. The performance here definitely leaves something to be desired.

However, I conducted a rather unscientific test that is still rather telling; my mother can tell the difference in speed between this phone and the Redmi 3 (Snapdragon 616) but says that the difference is not a big deal. Maybe it is suitable for the tech layman after all. 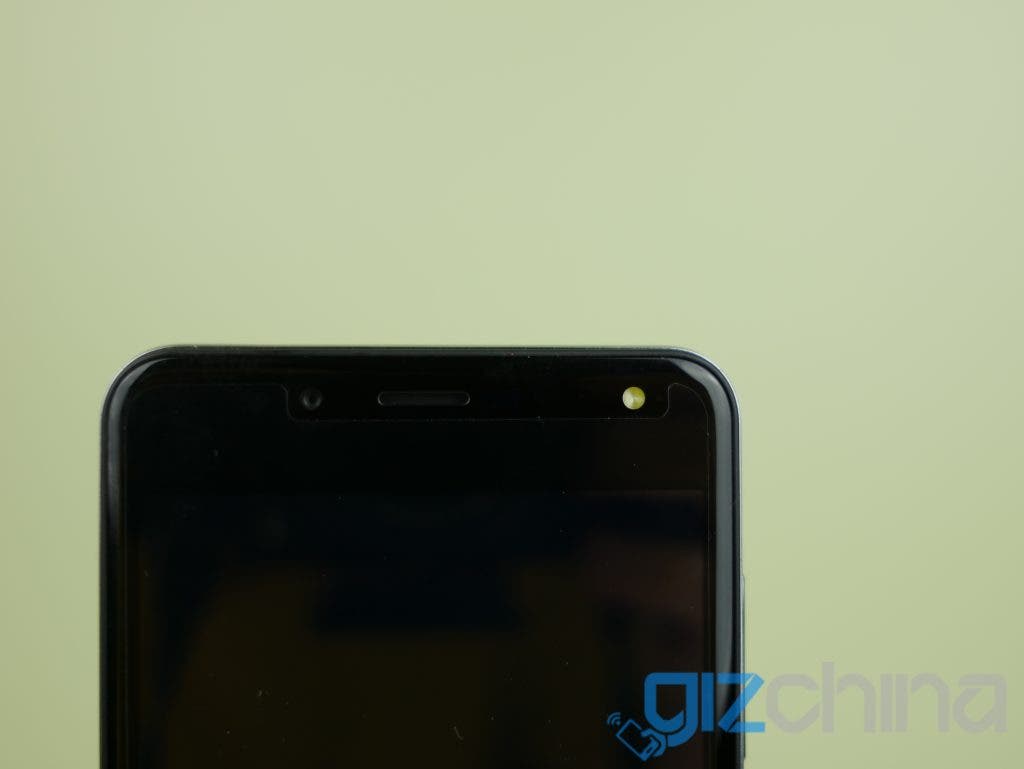 The phone supports both 2G and 3G networks, but no LTE. Reception was about average, I was able to get 3G data most places my more expensive Zuk Z2 got reception, and the rest of the connectivity options, Bluetooth, WiFi and the like all worked well. 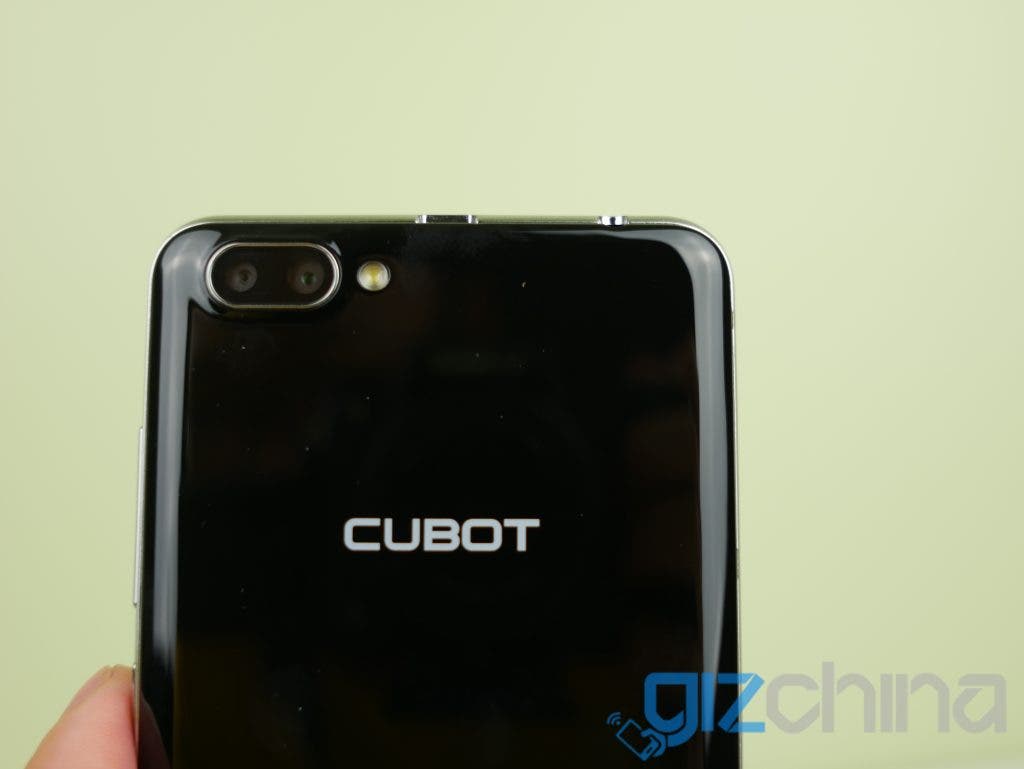 Dual cameras are becoming a thing in chinese phones, and I personally don’t have a problem with that as long as it’s a Huawei P9 or UMi Z Pro style dual camera setup, not an Oukitel U20 Plus/Cubot Rainbow 2 setup. In this phone, the secondary camera is a much lower resolution camera that does nothing except add Bokeh to the shot, something that would be useful if the pictures were good quality.

The primary 13MP camera actually takes very decent photos for a budget device, but does falter in the grand scheme of things. As long as you don’t zoom in, photos taken in good lighting conditions are very respectable with decent colour and detail. However, any sort of zooming in reveals the noise that is relatively invisible.

Low light photography introduces a lot of noise as well. The secondary camera works much the same way as the Oukitel U20 Plus, there is a slider you can use to control the amount of Bokeh in the shot. However, it faces the same issue as the U20 Plus, pictures taken in single camera mode actually look better than those from dual camera mode.

Video quality is decent, you are allowed up to a 1080p resolution from the camera and footage is slightly washed out but still passable.

The Cubot Rainbow 2 sacrifices too much to fit in a dual camera and achieve the price it starts at, the MTK6580 processor and 1GB of RAM make it difficult to have a good experience. Many readers of technology websites are tech savvy and therefore would not be able to live with such a slow phone, however, I’m sure all of you have family who are less tech literate.

My parents are perfectly happy with slow phones as they browse the web, chat in Whatsapp, and make phone calls and up till recently was using an old Kingzone N3 Plus (now a Redmi 3). If you are looking for a cheap phone for a family member, this is definitely an option, or go with the Cubot Rainbow 1 (no dual camera setup) which can be had for an even cheaper price.

You can find both the Cubot Rainbow 1 & 2 here.