The first thing to get out of the way is UMi’s rebranding to UMiDigi. I’m personally not a fan, as UMi is much more recognizeable than UMiDigi, with the added benefit of being less confusing.

Now with that out of the way, UMi has been on a roll lately releasing phones with many “firsts” and some gimmicks. The UMi Plus E was the first phone to use the Helio P20 processor, the UMi Z was the first to use the Helio X27, and now the UMi Z Pro is the first MTK device with identical cameras on the back, similar to what you see in phones like the Huawei P9 and the iPhone 7.

The specifications here are truly flagship worthy, a Helio X27 processor, 4GB of RAM, and now, dual cameras. It also has a large 3780mAh battery that will make it difficult for anyone to run down in one day. However, I do feel that UMi missed the boat in terms of marketing.

They did not properly explain the advantages of using one colour and one monochrome camera, one that could have been very beneficial (more details in the camera section below). 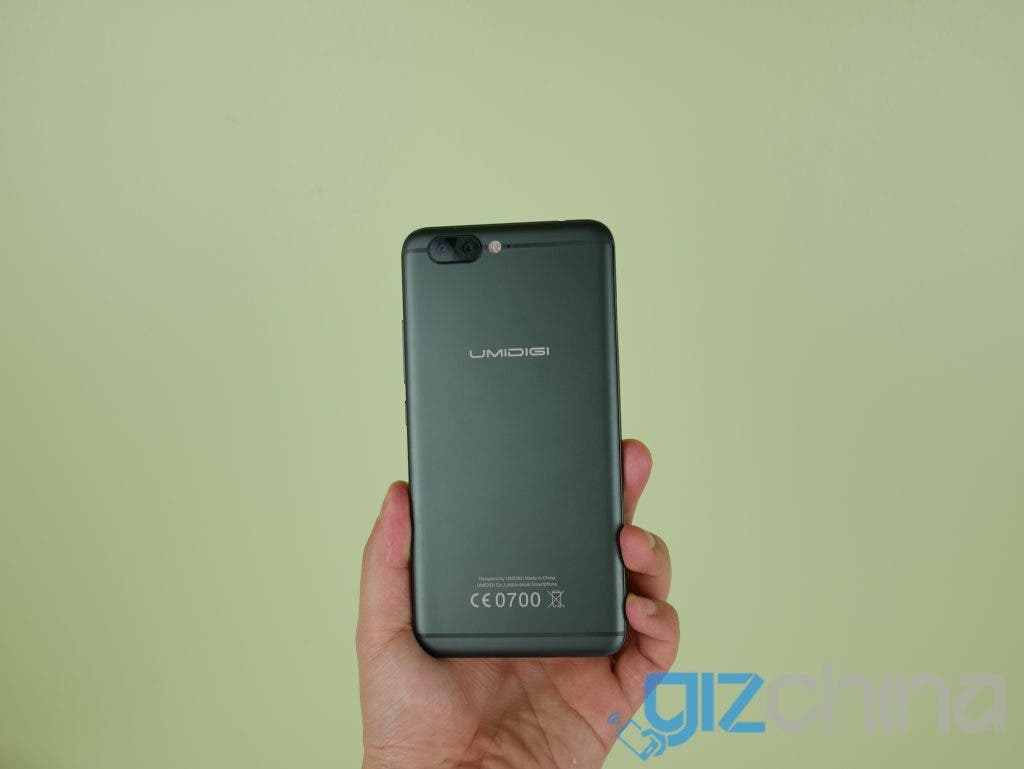 This phone is not small. In the post “Mi Mix” age, a 156x76mm phone is definitely sizeable. If you have small hands like me, the size could make you think twice about buying this phone as your daily driver.

It is very slim, standing at 8.2mm which is quite a feat considering there are three 13MP Samsung cameras and a 3780mAh battery. The curved front and back edges do help in making this phone feel smaller than it really is, but it definitely can’t pass for a 5” device. 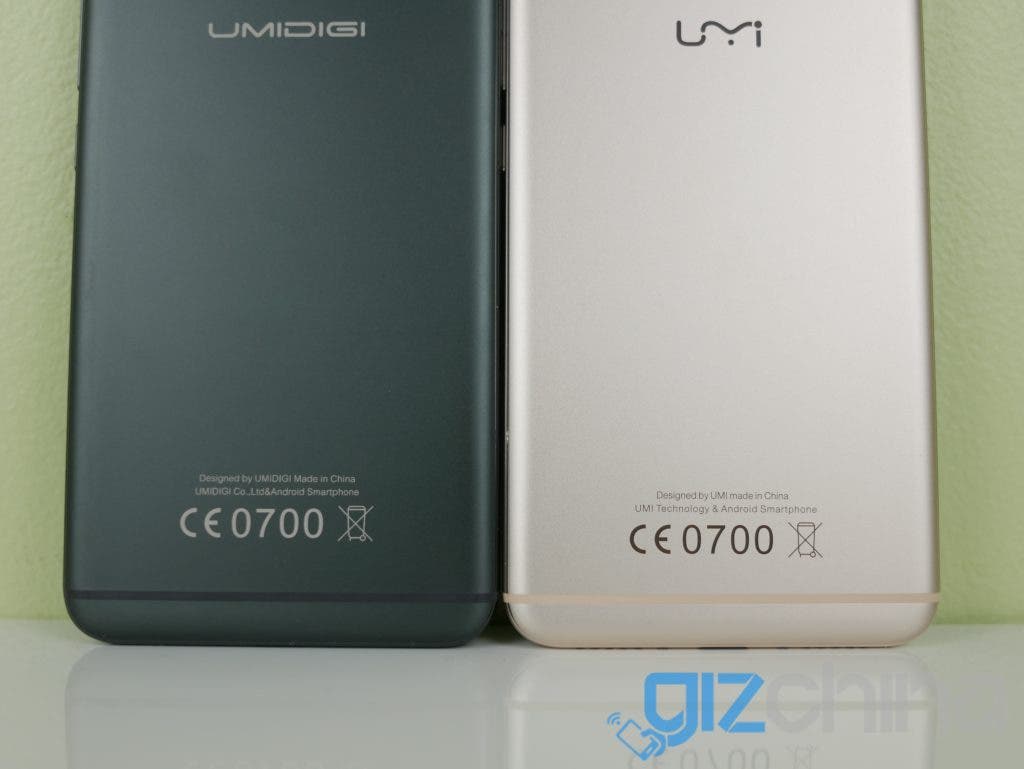 The build quality here is another story. They improved on the build and design of the UMi Plus E, which is quite a feat. The aerospace grade aluminum feels exquisite to the touch but is a little slippery. It’s not as slippery as glass, but it’s bad enough to be a minor complaint.

The cameras do protrude out the back but this is necessary to achieve that 8.2mm thickness. My usual response to cameras sticking out of thin phones doesn’t apply here; they already put a huge battery to the UMi Z Pro. One sticking point I’ve seen with the build of the UMi Z/Z Pro is the removal of a physical home button, but rather similar to the Mi5s’ ultrasonic fingerprint sensor, the button cannot be depressed but operates via a tap or a hold.

I’m actually a fan of that so you won’t hear any complaints from me. There are also capacitive off screen buttons as well.

UMi (or UMiDIGI) has created one handsome and well built phone. 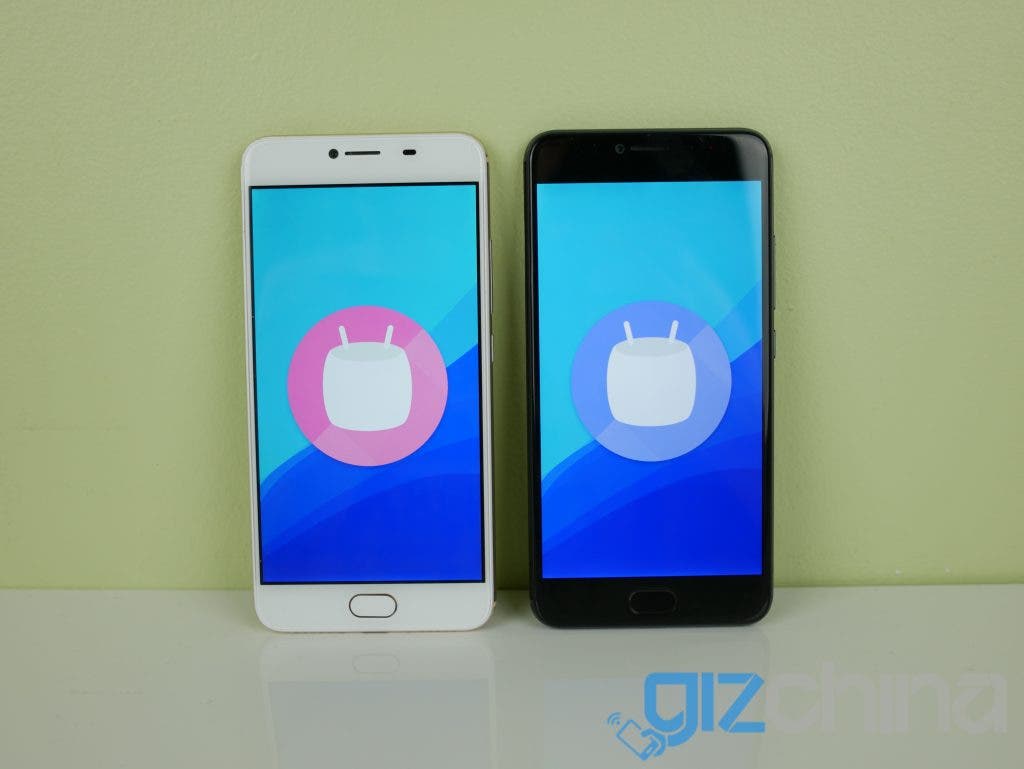 There is a 1920×1080 Sharp branded IGZO screen that produces some good colours and is sharp and clear. Yes, it’s a good screen, but it also isn’t anything special. Max brightness tops out at 500 nits, making it easy enough to see in direct sunlight.

Dragontrail glass was also used in place of Gorilla Glass and for all intents and purposes it works well.

One of the marketing points that UMi used was how great the audio was going to be because of its dedicated audio chip that was capable of this and that. At the end of the day, the audio output from the phone is good but not amazing.

Audio can be deafeningly loud and like UMi claimed, there is no distortion at max volume. Audio quality is quite good with clear mids and highs and sufficient bass.

Battery life should no doubt be good, as the 3780mAh sony battery indicates. However, I don’t expect it to get better battery life than the Helio X20 Redmi Note 4 or even come close to the Redmi 4 Prime. Turns out I’m mostly right.

I was able to get around 6 hours of screen on time over a 16 hour day with about 10-15% left. This use consisted mostly of web browsing and some texting, with the occasional game and photo. I performed a couple of tests as well and was able to browse the web for about 9 hours straight while I could play back video for around 11 hours straight as well.

Battery life here is definitely good and will not be a dealbreaker. Even heavy users will be hard pressed to drain the battery completely in a day, and medium users can get 2 days easily. 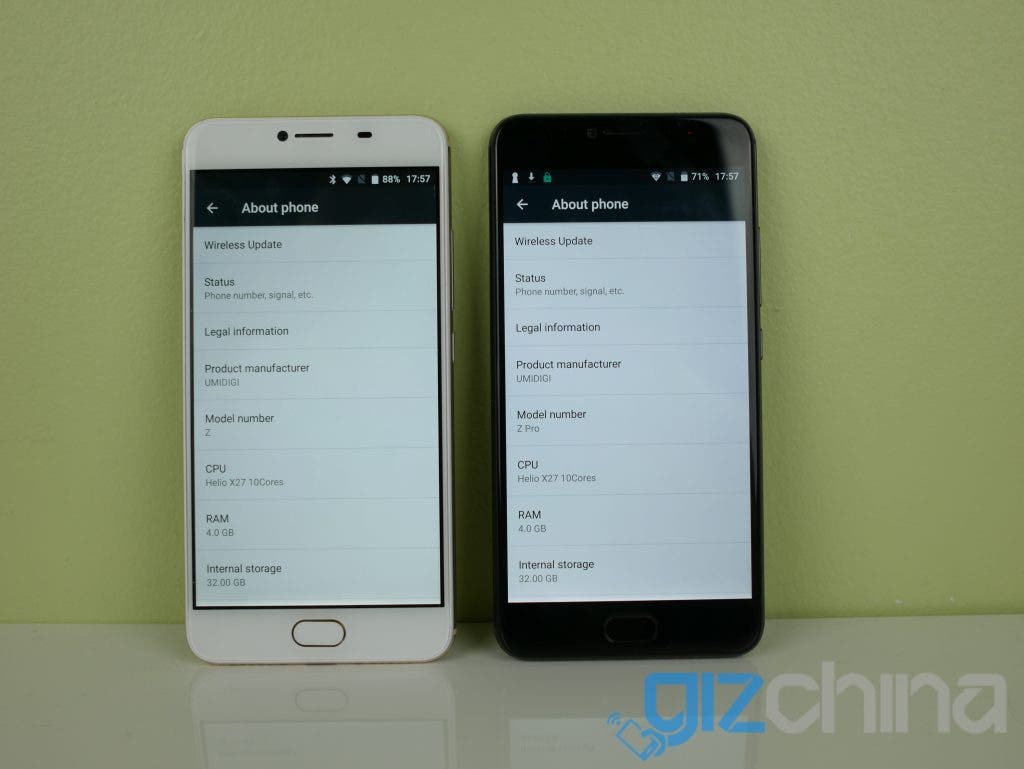 There is a completely stock version of Android 6.0 Marshmallow on the phone with the bare essentials, a very welcome change from something like MIUI or EMUI. Usage speed is very good, launching and switching apps is lightning fast, as fast as any flagship you will find.

However, I find certain actions like swiping feel ever so slightly slower than top end phones like an iPhone or S7. I don’t know what is causing it, could be input lag or just software optimization, but either way it’s a very small difference.
The fingerprint sensor is fast, but the phone is not and let me explain.

The sensor is incredibly fast at recognizing your finger and sending the “all good” signal to the phone itself, but the phone takes a long time to unlock and wake the phone from sleep. If the phone screen is already on, the phone unlocks in a jiffy. If the screen is off, it’s quite slow.

The phone multitasks like a champ and has no problem at all. It performs as well as the UMi Plus E and better in some cases as the SoC in the Z Pro is faster. The phone also handles gaming beautifully with no stutter detected at all.

Check whether this phone is supported by your carriers before buying it, that goes without saying. I was able to get reception wherever my Zuk Z2 got reception, with a couple of exceptions such as basements, deep in buildings, etc. Speeds are quite good though. WiFi is fast as well, bluetooth works fine, and GPS was quite accurate as well. 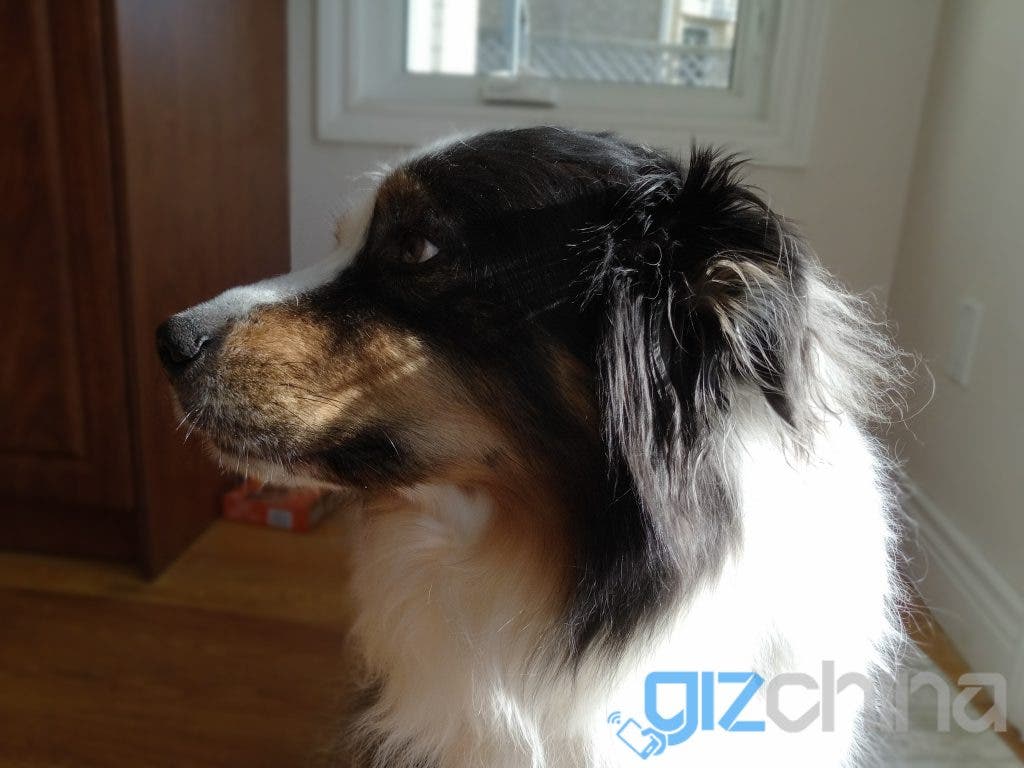 The dual cameras are setup so that one takes regular pictures, and the other takes monochrome (or black and white) pictures. The long and short of it is that capturing colour pictures lowers the quality of said picture, so capturing a monochrome photo and a separate colour photo should theoretically get around that.

Skip this next paragraph if you already know or do not have any interest in finding out why colour photos lower picture quality. 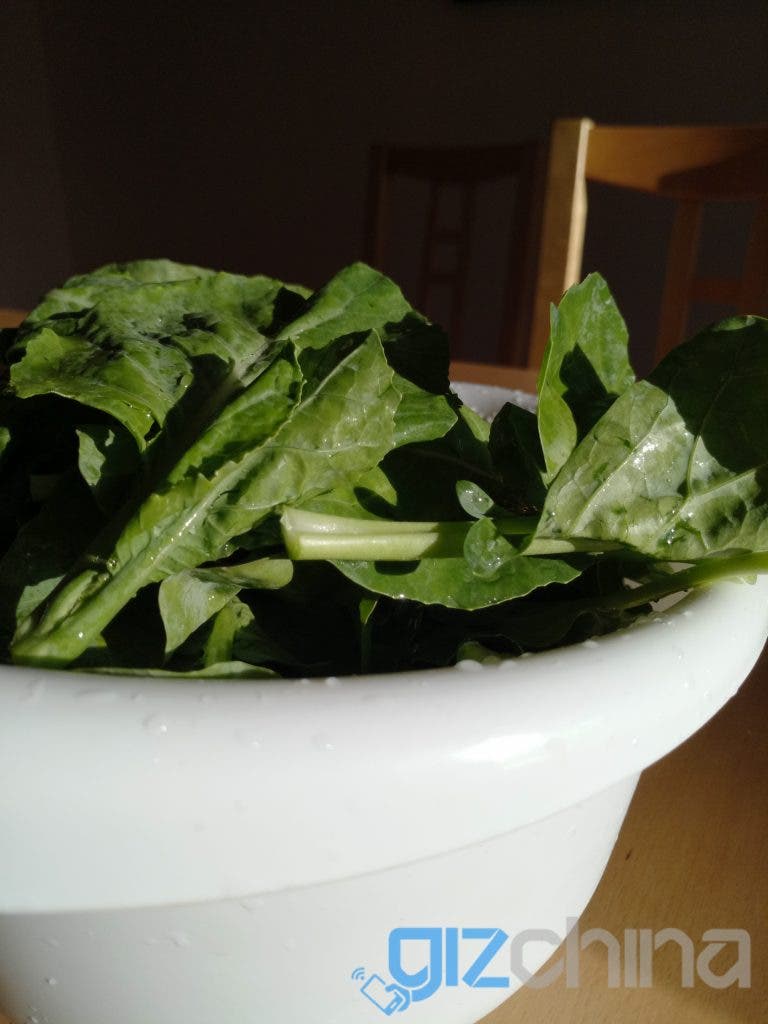 Since a monochrome picture is just black and white, the only information it has to capture is how bright and dark each pixel is. The normal camera has to capture each pixel’s brightness AND colour, and how all cameras capture colour is by utilizing light filters.

Each pixel in the camera is given its own filter of only ONE COLOUR, and each pixel will alternate between red, green, and blue filters kind of like a chessboard with three colours. The result is that each pixel will only let one colour of light through, either red, green, or blue. However, in order to create an image, just a single red value is not enough, but a green and a blue value is needed as well.

So we use some fancy math to take surrounding values and calculate the approximate RGB values for each tile. The downsides of this is that the fancy math basically cuts resolution in half, so if you had a 13MP camera, the resulting photo would just be 6.5MP.

The other downside would be that the filter cuts the amount of light that enters the sensor, since it only lets one colour of light come in, and blocks the other two, so theoretically it cuts out 66.66% of light coming in. Therefore, a dual camera setup should effectively negate that problem, giving you full 13MP photos with 3x the light. 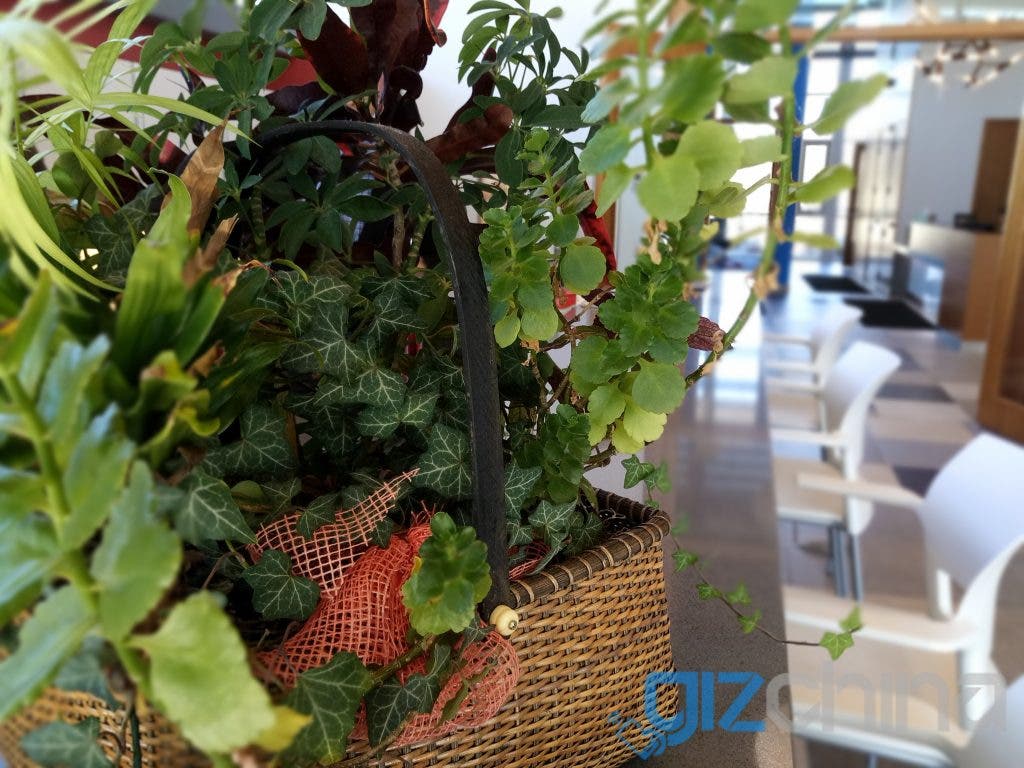 The UMi Z’s 13MP camera was not a bad camera at all. It took deep, saturated colours if a bit underexposed, and detail was definitely not bad. This dual camera setup improves on the UMi Z. The dual camera combination works well together in melding the colour and detail into one photo, resulting in some photos that are able to be zoomed in quite far before grain starts to show.

Colours were punchy and vibrant but still fall slightly behind my Zuk Z2. However, low light shots are difficult to make out because of how soft the photos are. Without any OIS (Optical Image Stabilization), I guess the effects of both cameras shaking at the same time is difficult for the camera to resolve and the resulting picture is soft. Grain is kept quite low though. However, if I place the camera on my tripod, pictures turn out quite well.

I really like the UMi Z Pro as a phone, even though its the exact same as the UMi Z except for the camera. I was initially quite excited and skeptical about this dual camera implementation, and while it still doesn’t match up to something like the Huawei P9, it does work quite well.

This phone is more expensive than the UMi Z, and whether or not that dual camera setup is worth the extra cash is up to you. I personally would pay the extra $20 or so for the dual camera setup, but either way the UMi Z and the Pro are both good devices.