Just after Xiaomi’s CEO — Lei Juan — has confirmed the Xiaomi Mi 6 is going to get launched this month, what’s allegedly a photo taken with the said phone has just appeared online.

This isn’t the first time photos shot on Xiaomi’s phones have been leaked before the actual launch date, so we can somewhat confirm this image is legit. You can see it down below. 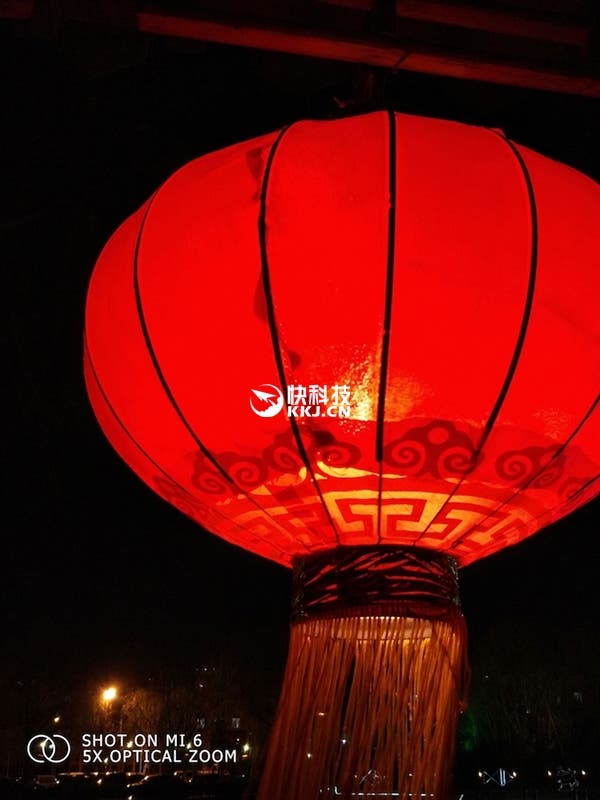 The photo has been shared on Chinese social network Baidu and portrays a Chinese red balloon, what’s more interesting is the trademark at the bottom left corner which says “SHOT ON MI 6 – 5X OPTICAL ZOOM”, thus possibly confirming the dual camera setup. With a wide lens camera for landscapes and group photos and a zoomed-in lens for portraits. Both cameras should be able to create photos with a very shallow depth of field when combined.

In the same post the user revealed the phone will also features four-axis optical image stabilization.

If all these rumors will be confirmed, the Xiaomi Mi 6 is going to be a very interesting all-around device; with the top class Snapdragon 835, 6GB of RAM and a dual camera setup with OIS.

Do you guys agree? Let us know your opinions!

Previous LeEco seems in deep trouble, delays payment of its US employees

Next Honor 6C launched in Europe, priced at €229