The DOOGEE Shoot 1 is the company’s first ever dual camera phone and it is a budget one costing about $100, as such I wasn’t expecting much from it to begin with. Have I been proven wrong? Let’s find out in our DOOGEE Shoot 1 Review! 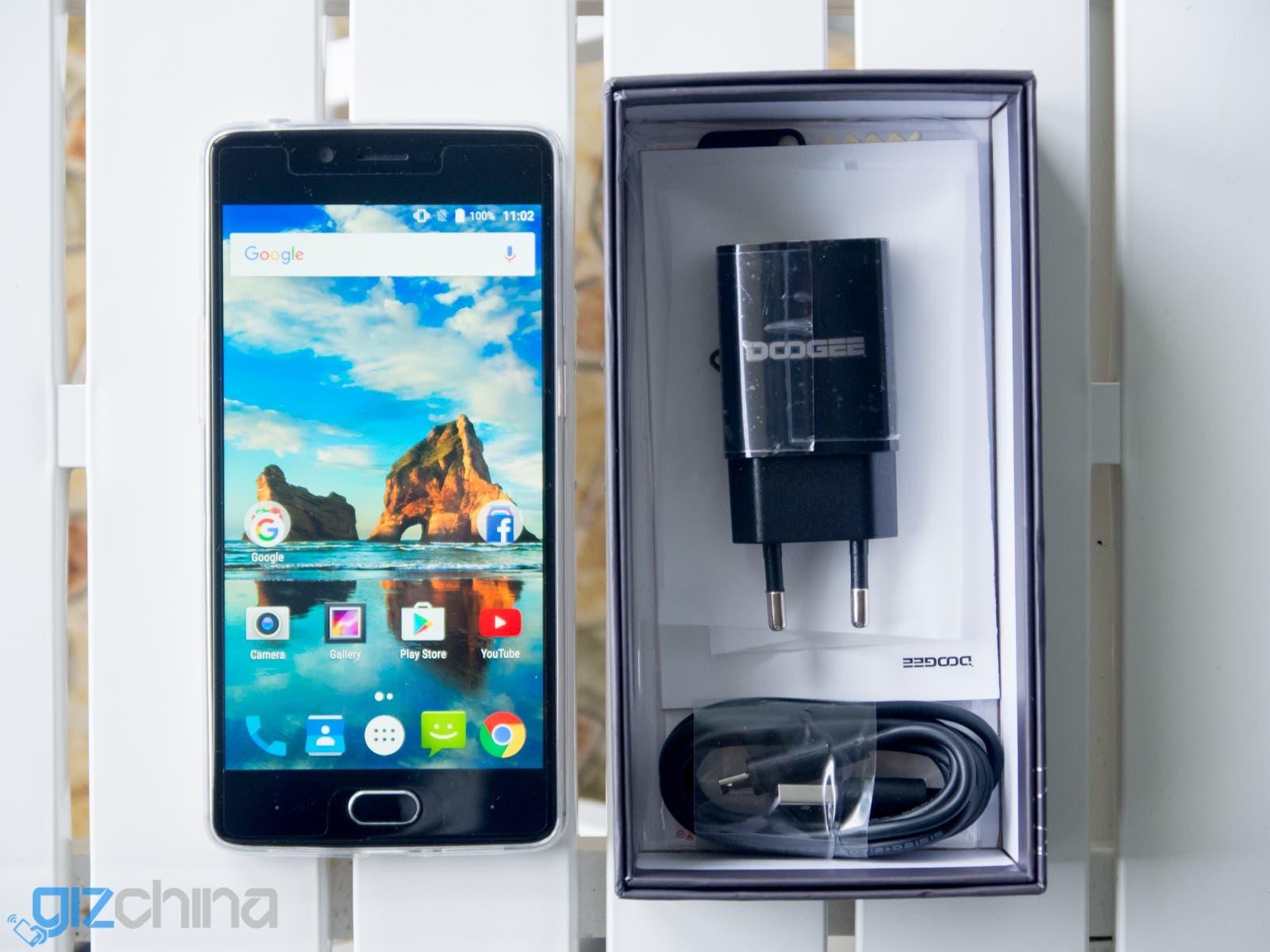 There isn’t really much to say about DOOGEE’s Shoot 1 unboxing. It comes in a quite ordinary box with a case, screen protector, USB charger 5V/2A, a micro USB cable and the SIM removal tool. There’s also an additional screen protector for those who will want to change it down the line. 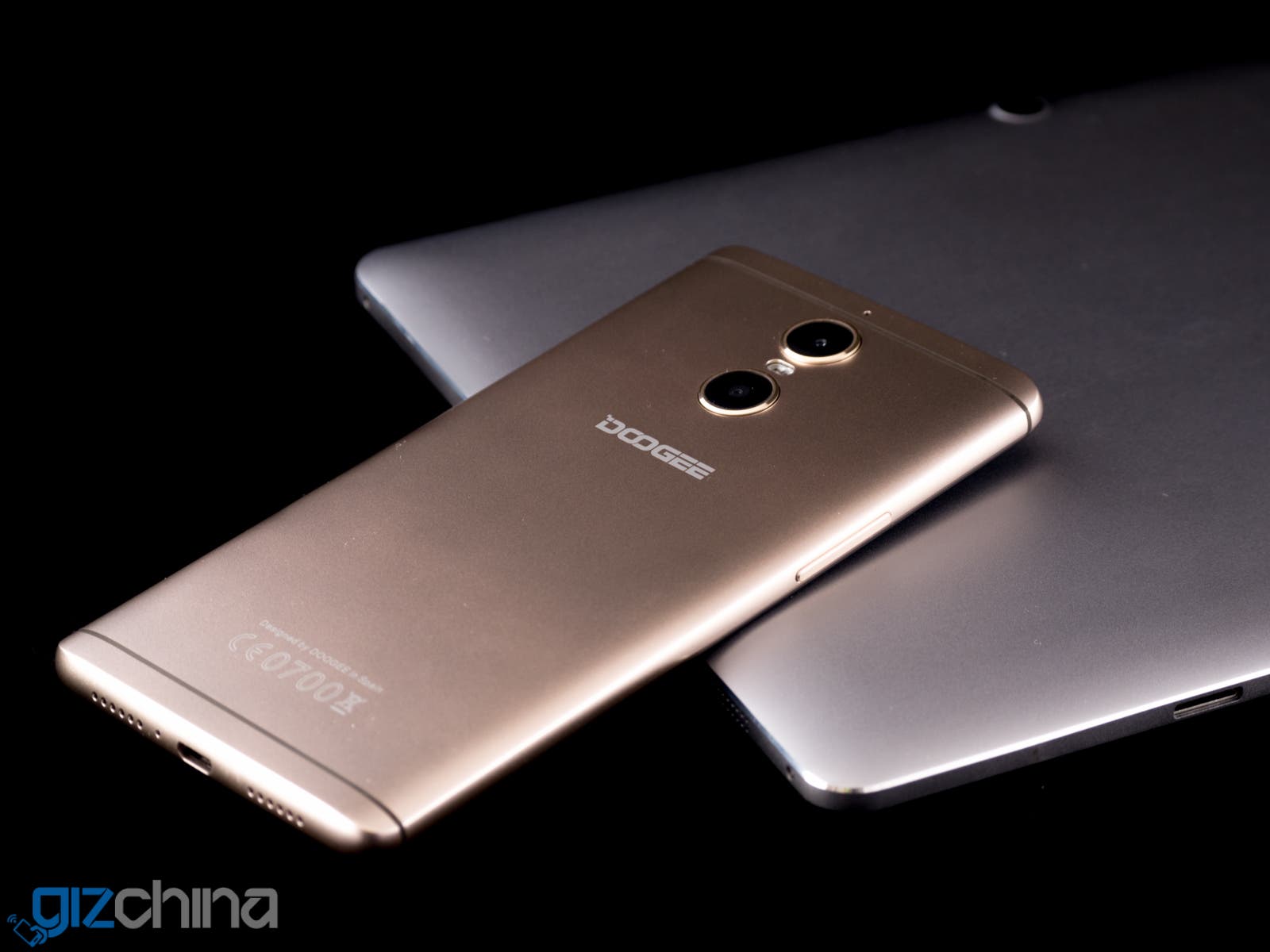 I give the DOOGEE Shoot 1 quite an high score as far as design and build quality goes. While it’s made of plastic it doesn’t feel cheap in your hands, it’s just lighter than its metal counterparts, which is definitely a plus.

Design wise, it’s the typical Chinese phone of 2016 and 2017: sleek, visible antenna lines, centered camera(s) on the back and a fingerprint scanner on the front accompanied by two touch buttons beside it.

Regarding its overall size, the phone is definitely taller and wider than other smartphones, having bigger than average hands this didn’t bother me, but to somebody with smaller hands this could affect their ability of using the phone properly. Given the averagely sized 3300mAh battery this slightly disappoints me. 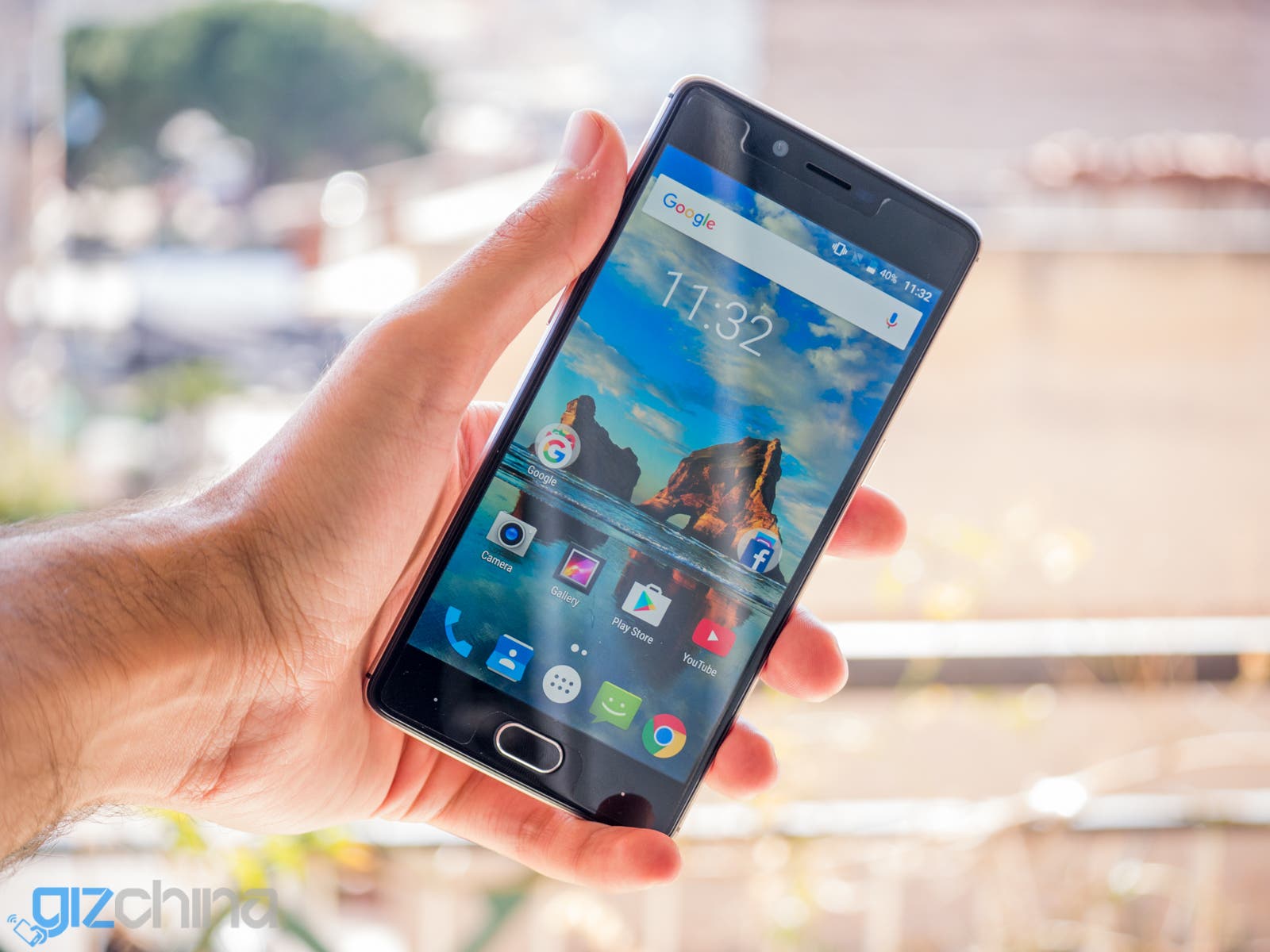 For a phone that costs just about $100, I’m honestly just glad it has a Full HD display. It isn’t the best I’ve seen and it has kind of a yellowish tint to it, but again in this price range I wasn’t expecting much more.

Viewing angles are good and the touch screen panel is accurate and fast, so there are no problems during every day use. 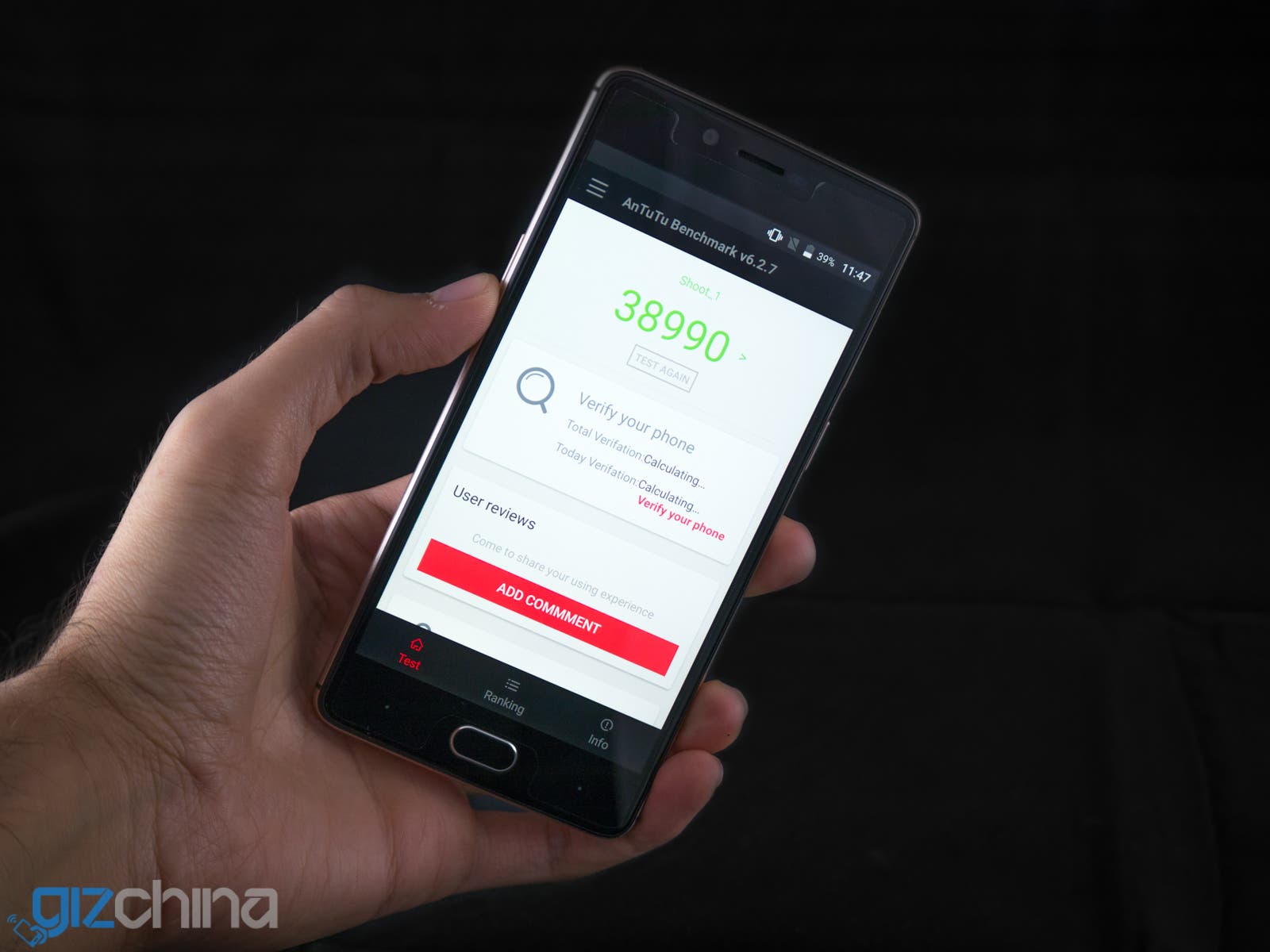 The hardware on the DOOGEE Shoot 1 is mediocre at best. The phone is powered by a Mediatek MTK6737T CPU paired with 2GB of RAM, which is alright for a budget phone but to me it’s somewhat weird that a phone with a Full HD panel only comes with 2GB of RAM.

In my opinion, the amount of RAM should have a priority over screen resolution. We’ve seen 5.5-inch phones with HD displays and while they aren’t as sharp, they’re still bearable. What isn’t bearable in my opinion is running out of RAM and having to reload apps constantly. I’m not saying this has been happening to me on this handset as it’s new and there are few apps installed, but in the long run it might become a problem. Let me know in the comments below if you agree with me.

That said, the phone is snappy for what it is and I haven’t had any problems during every day use. You’ll also be able to run most games without excessive drops in frames, although you should probably look for something else if gaming is your No. 1 priority.

The front-facing fingerprint scanner on the front works OK, it isn’t one of the most accurate on the market but it’s not too bad. I don’t like how the home button feels though and that’s probably because it protrudes from the glass, other smartphones only have the rim protruding, some not even that. 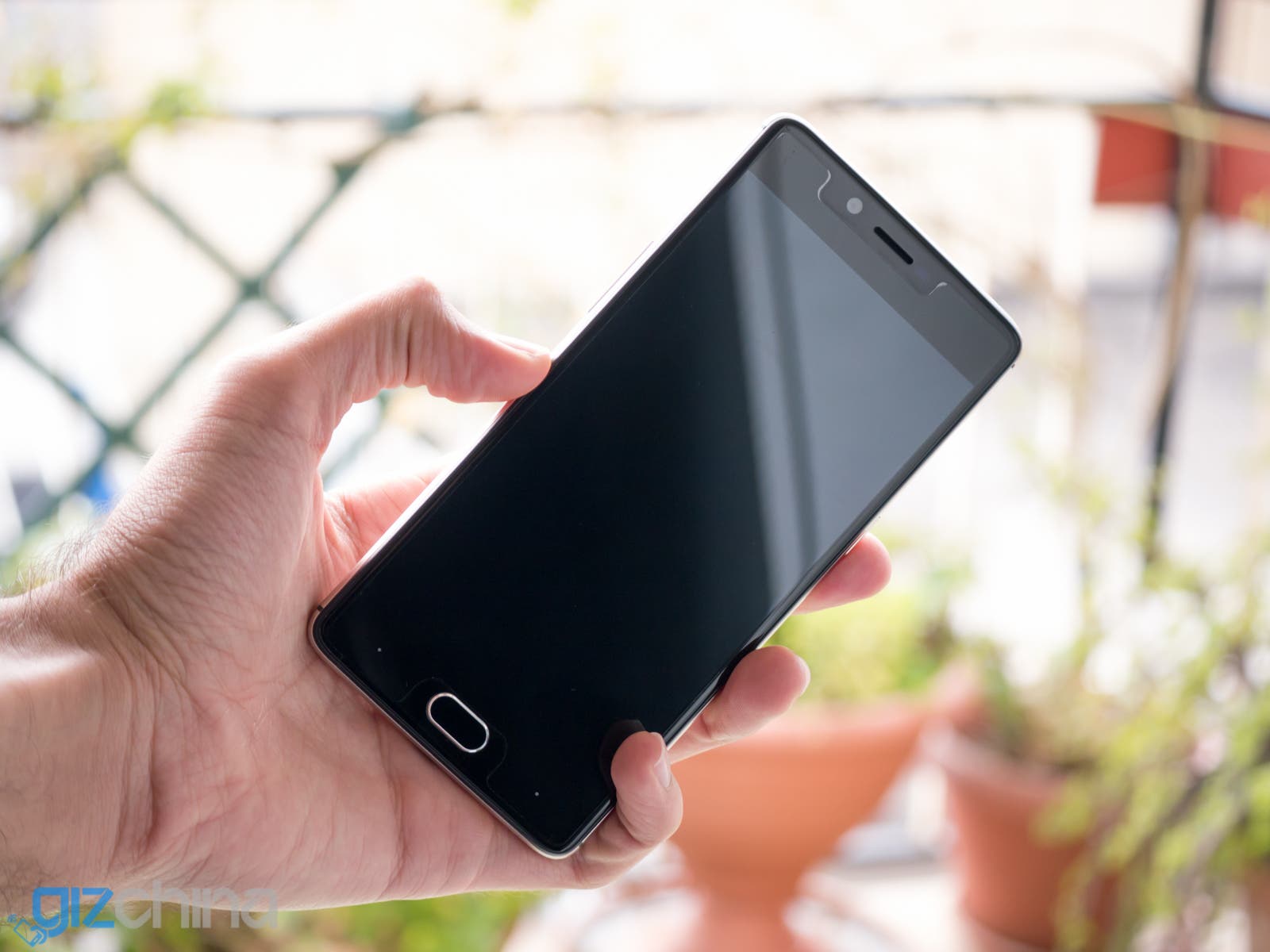 As far as connectivity goes, 4G LTE is good, the DOOGEE Shoot 1 supports bands 1/3/7/8/20 so no problems over here in Europe and most other parts of the world. The phone part is alright and sound is clear.

Battery life is average, you can get through a day of moderate use, albeit I’ve noticed standby times aren’t amazing, so you might find the phone will less battery even after not using it for some time. 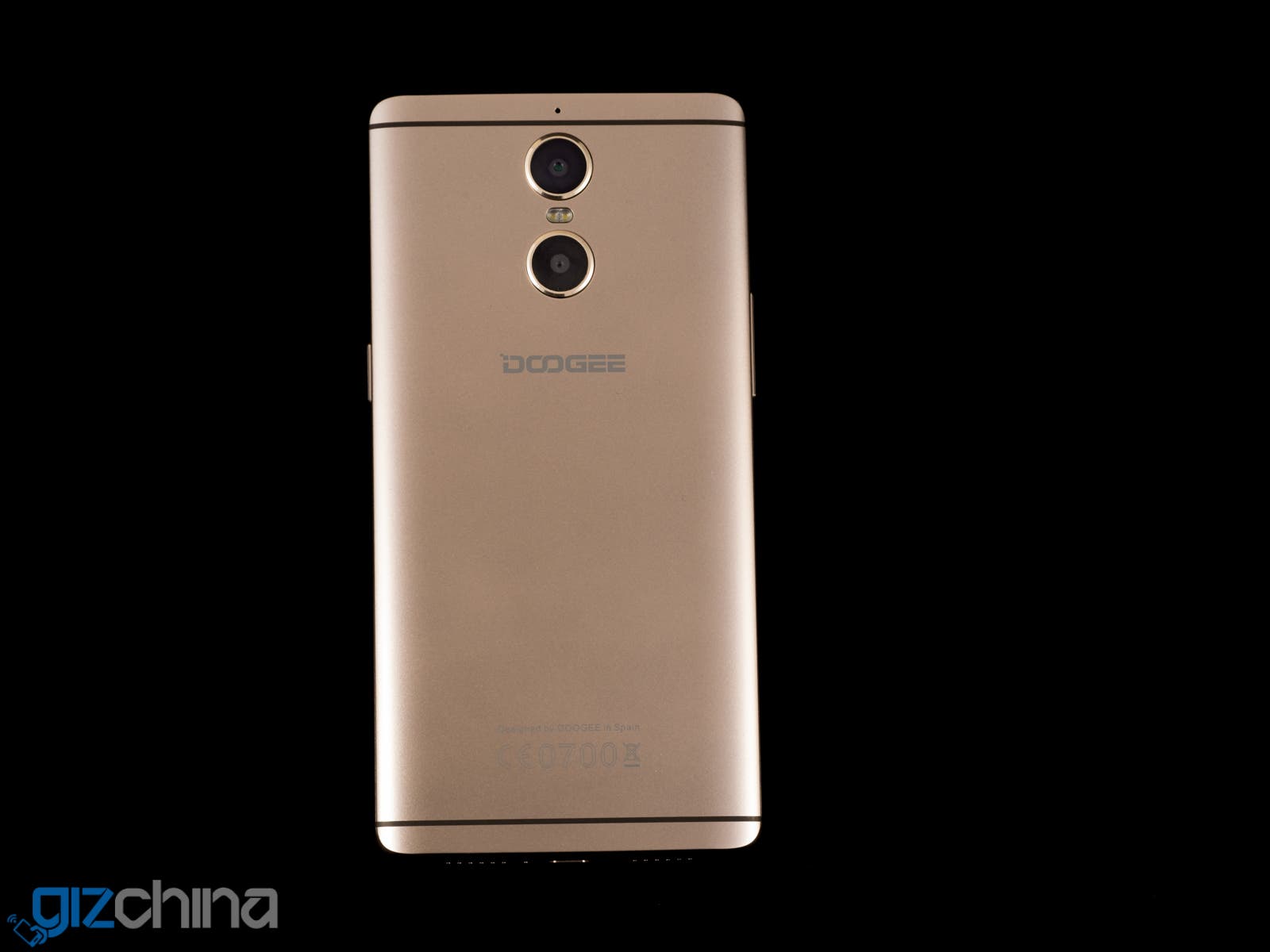 The phone’s speaker isn’t very loud and sound quality is average at best. 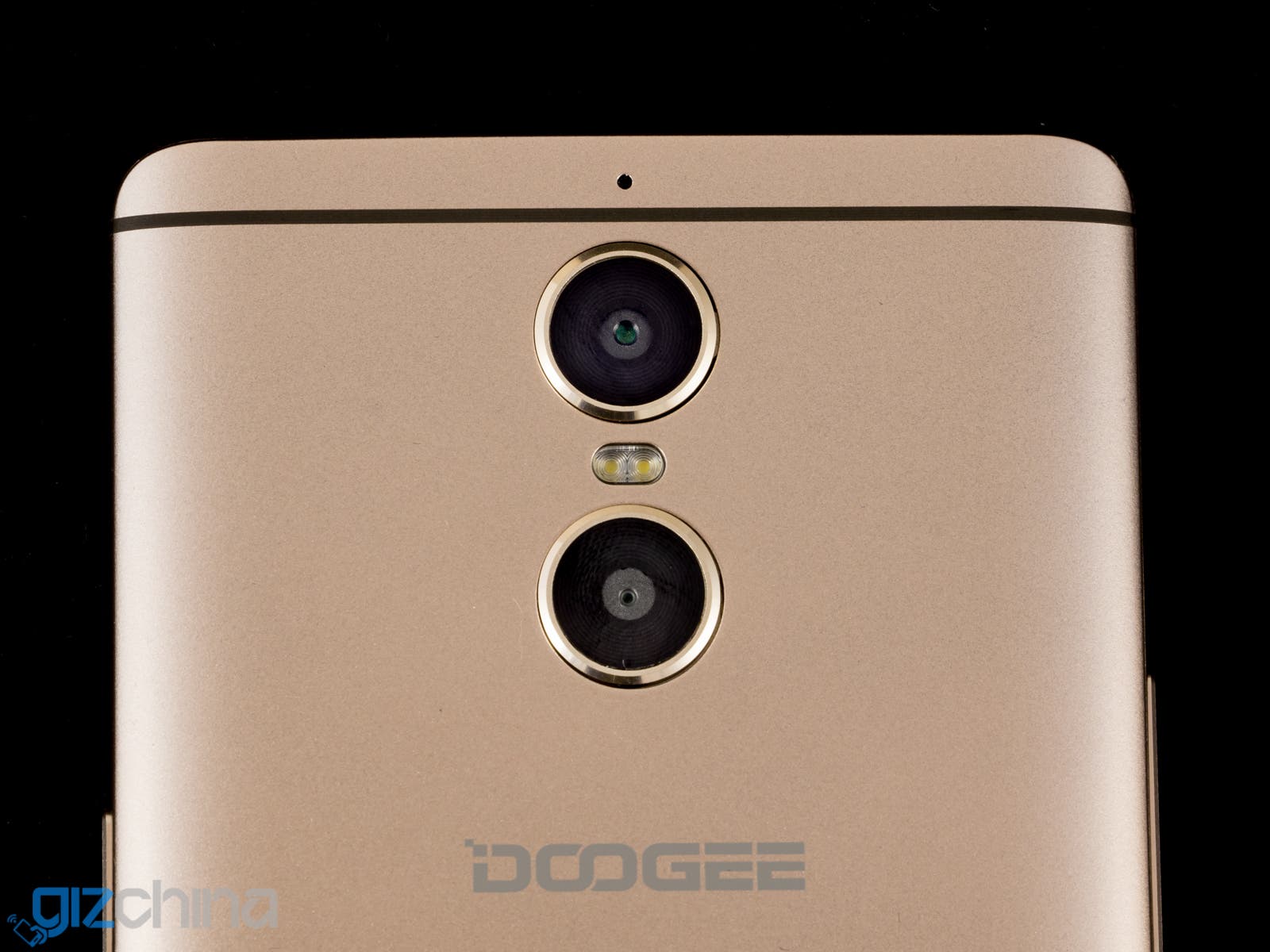 This is probably where the DOOGEE Shoot 1 disappointed me the most. I was really excited to try the dual camera setup as it’d be the first phone with this feature I ever used, other than a friend’s Honor 8.

And what is there to say? The dual camera setup feels more like a single camera setup with an additional light sensor. The bokeh effect (shallow depth of field) appears to be software, indeed if you look at the image you can see the foreground is still in focus even if further away.

Definitely disappointing as the main 13MP camera itself isn’t too bad, photos are sharp and color reproduction is on point, what’s bad is dynamic range and high noise even at low ISO.

Either way, have a look at the images and judge for yourself! 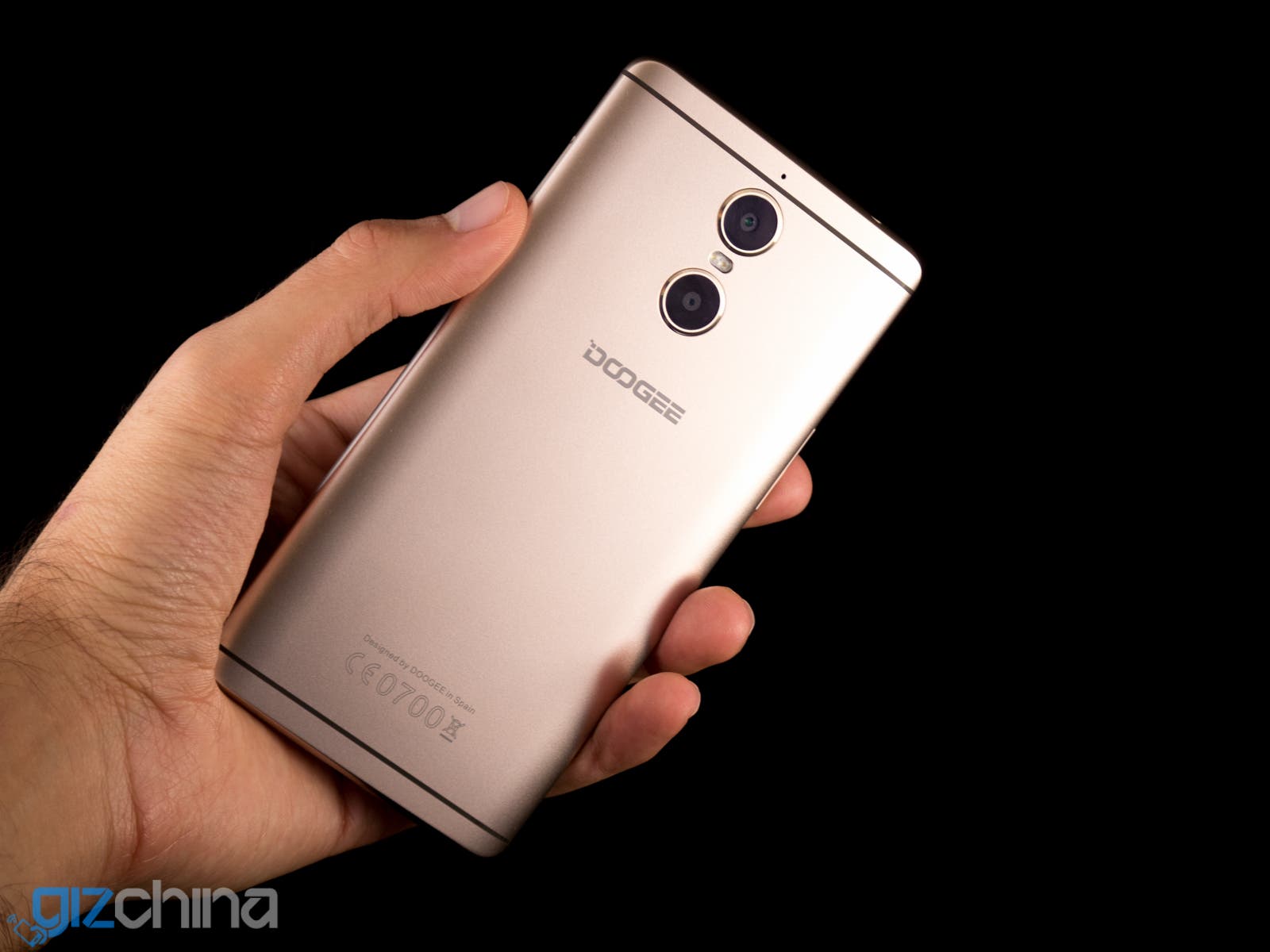 For about $100 the DOOGEE Shoot 1 isn’t the best or worst phone in this price range. You can definitely get something better for your specific needs as this one tries to be good in everything but doesn’t really shine in nothing.

How the secondary rear camera works is a mystery to me, I’d rather preferred they had stuck with one but I understand phone manufacturers always want to get customers’ attention with the latest trend — dual camera setups.

Other then that, the DOOGEE Shoot 1 is still a great phone for the price, if you watch lots of videos, mostly use social apps and don’t play onerous games, then you’ll enjoy the 5.5-inch Full HD display and the phone’s performance. If you’re more of a heavy user and/or gamer you’ll have to look for something else, but that will cost you more, of course.