A few days ago, a leak hinted towards the Meizu Pro 7 sporting a dual camera setup. The latest leak shows the phone in a Samsung Galaxy S8 inspired design. There has not been much official news from Meizu, so rumors and leaks are what we will have to ponder upon. 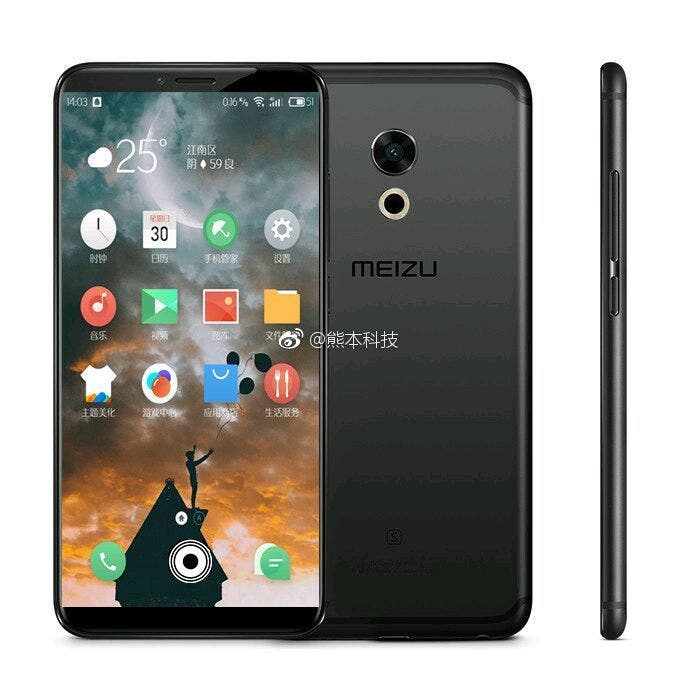 The latest leak of the Meizu Pro 7 looks nothing short of amazing. The phone seems heavily influenced by the Samsung Galaxy S8. It still manages to retain the Pro 6S and Pro 6 Plus design aspects. The display covers the maximum part of the screen with bezels on the top and bottom. The top bezel houses the front camera and the earpiece . The sides are completely bezel less. There is no home button on the front, meaning the device might rely on on screen buttons.

But recently, the Meizu VP had given a statement that bezel less devices is not on the plate at least for 2017 but they might have something up their sleeves for 2018. If the Pro 7 launches this year, these renders are probably not real. This might just be a fan made render of the Pro 7 which is really eye catching. there has been no flagship from Meizu yet, so the probability of the Pro 7 turning up this year are pretty high unless Meizu has some other plans.

As for now, all we can do is speculate over the specs that were leaked a few days ago. The spec sheet hinted at a Snapdragon 835, 3GB/4GB of RAM, a 5.7 inch 2K display and a single Sony IMX362 12-megapixel camera sensor.

Tell us what you think about the render in the comments below!

Next HTC U 11: forget about headphones jack, use USB Type-C instead