Wee have all been waiting for some new smartphones from Xiaomi but this, wasn’t on our first thoughts, don’t you think? It seems that a leaked photo showing several packages of a phone called Redmi Note 5A has surfaced and the Internet is trying to find out what is happening. 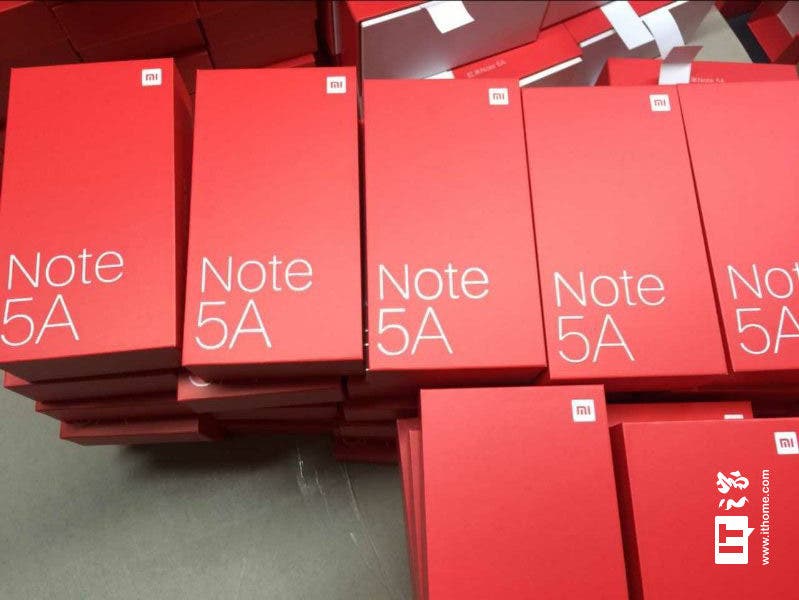 According to the leak the boxes belong to the alleged Redmi Note 5A smartphone. The boxes are red in color and all of them have a Mi logo placed at the right corner. Rumors say that this Redmi Note 5A model may debut as a lower version of the Redmi Note 5. But so far there are no official specs to support this leak.

What we do know from other leaks and rumors is that the Redmi Note 5 should be arriving with a full HD screen of 5.5 inches and the Snapdragon 630/660 chipset inside, along with slimmer bezels on the sides of its main display. The lower specs Redmi Note 5A however will not use this chipset, but a less powerful (SD625).