The Blackview BV8000 Pro is probably the first rugged phone to come with the hardware you’d normally find on a mid-range device but encased in a super durable outer shell. This means you can get a proper and smooth Android user experience in pretty much any real life scenario, without the risk of getting your handset damaged. This all sounds good on a spec sheet, but how does it actually behave in every day use? Let’s find out in our full review! 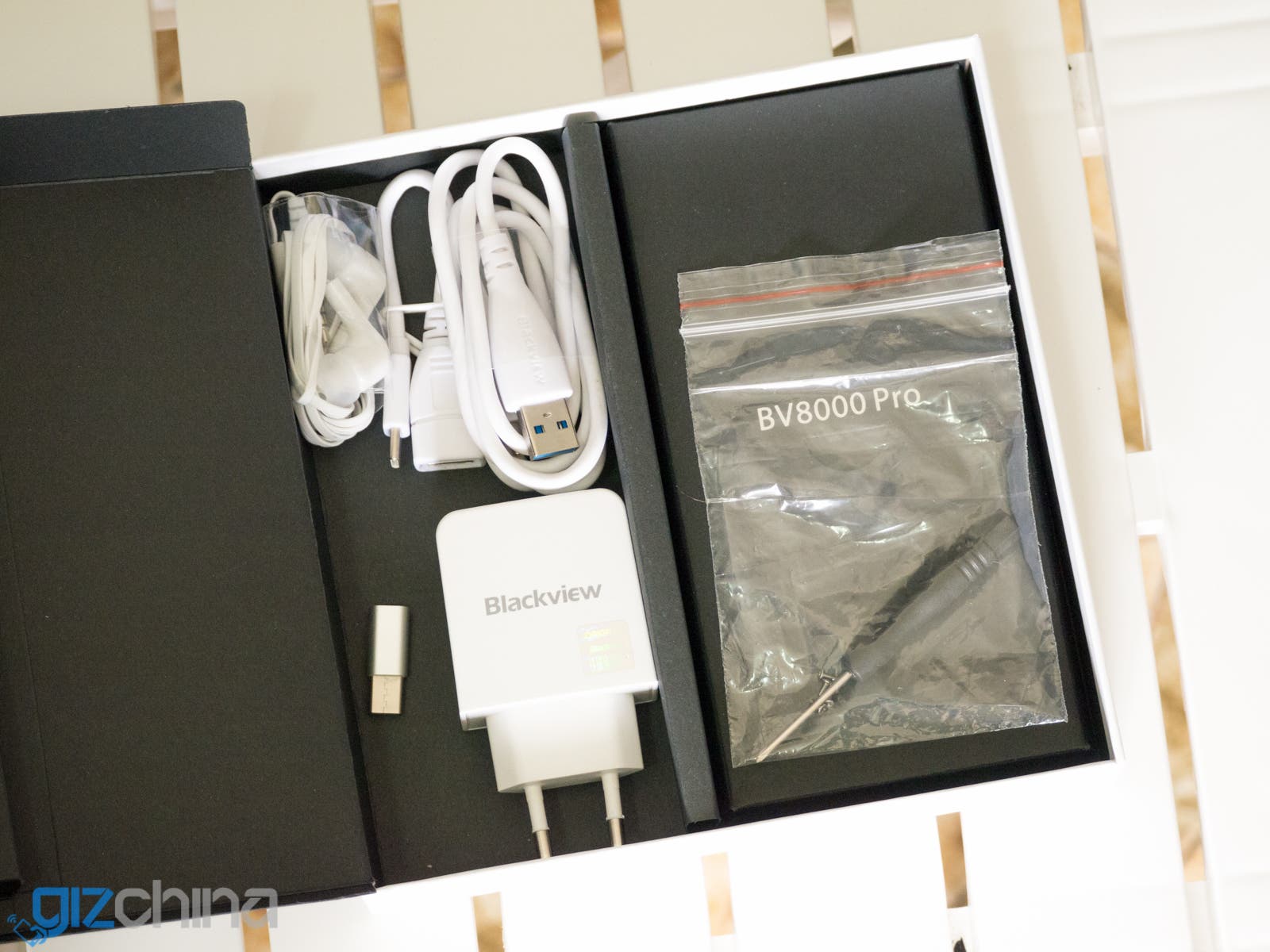 Unboxing the Blackview BV8000 Pro is an experience in and of itself. Being a smartphone out of the ordinary, the accessories you find inside its box are as well. More specifically we’re talking about the tiny screw driver and additional screws they provide you with. In the box you’ll also find an handy micro USB to USB type-C adapter so that you can use an older micro USB charging cable if you have forgotten the USB Type-C one.

Other accessories are pretty conventional, we go from the power adapter, to the USB Type-C cable, a pair of earphones and an OTG adapter. Everything neatly arranged in a premium looking — at least on the inside — package. 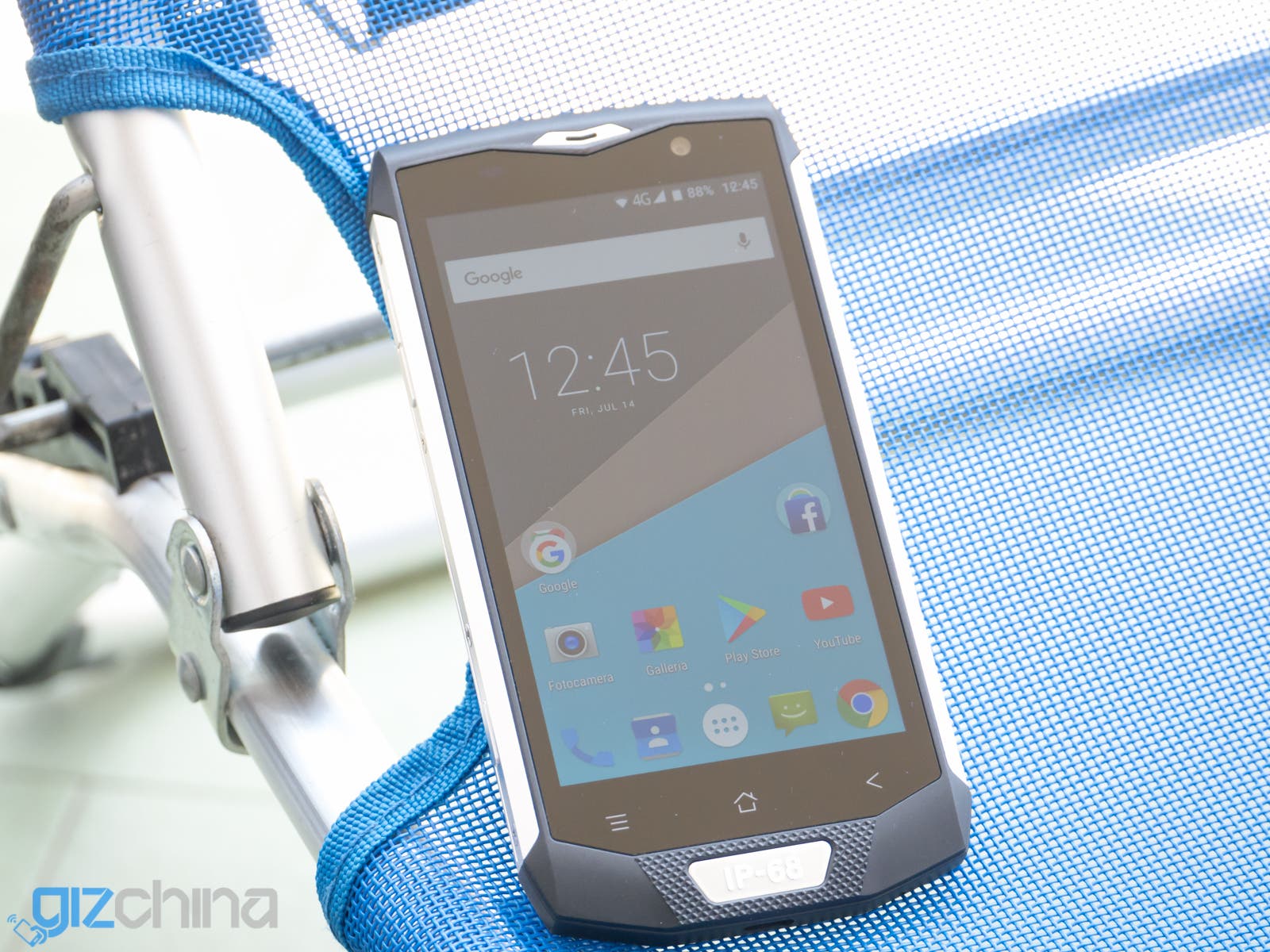 Build quality is probably the most important factor in a rugged phone and the BV8000 Pro doesn’t disappoint us, to say the least. The smartphone is really solid thanks to its metal frame and bits around the body, with some plastic parts which make it waterproof, dust proof and almost impossible to break, as we’ve seen in different videos released by the company.

I didn’t go as far as throwing my phone to the ground but I’m quite confident it would take the hit like a champ. I did though bring the phone under the shower and, while I know that’s less demanding than completely submerging it under water, it didn’t give me any problems whatsoever; I must say I was actually surprised the smartphone was operable even with some water over the screen. 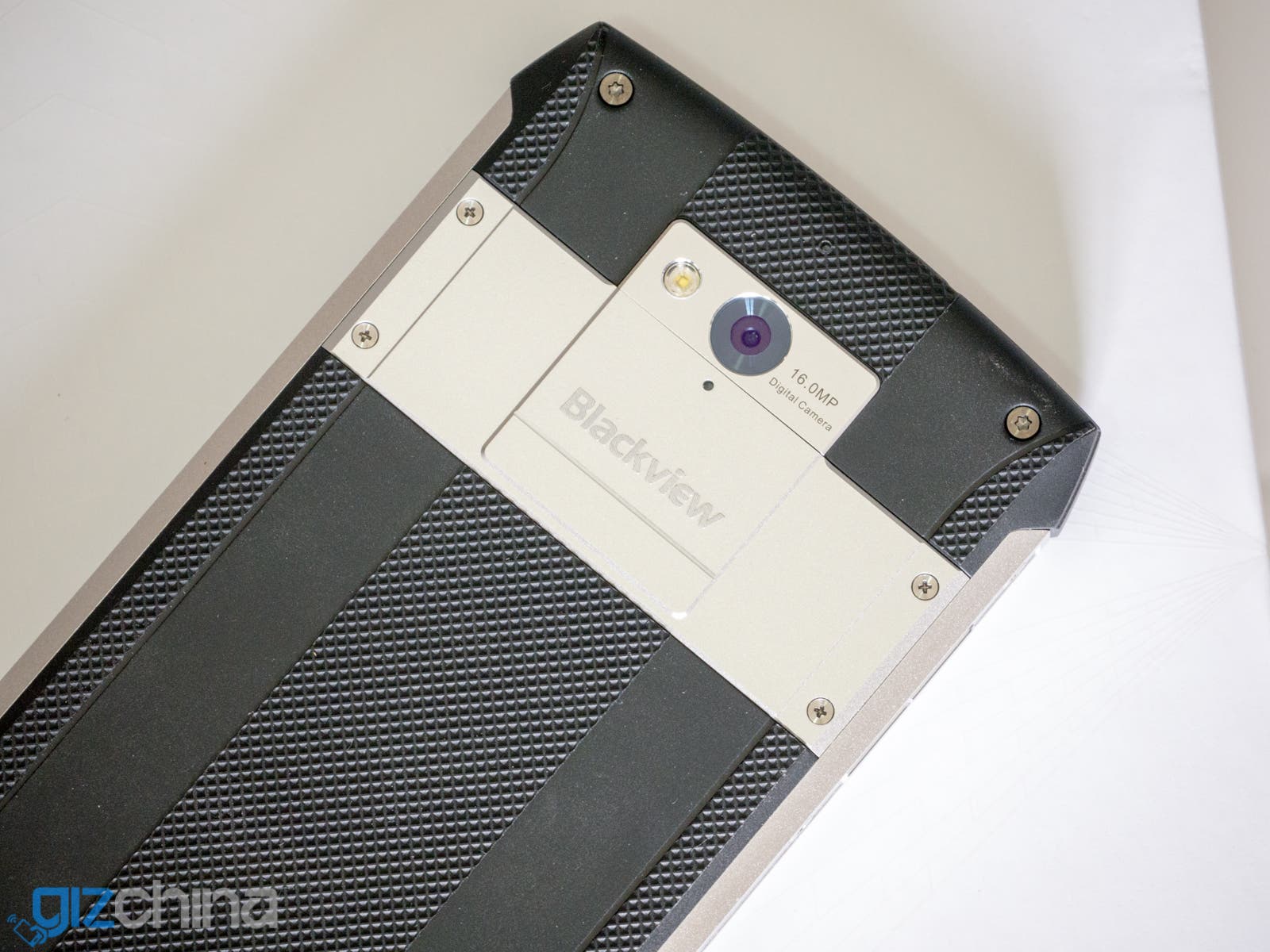 The Blackview BV8000 Pro comes with a below-average 5-inch display but the overall footprint of the device is more than that of a 5.5-incher. That’s obviously what makes it so durable but it could bother users with smaller hands, it’s also quite heavy of course, at about 240 grams.

Blackview’s smartphone features five total physical buttons, we have the power OFF/ ON button, the two volume rockers, a dedicated camera button and an additional PTT (push to talk) button which can be used to call for help when long pressed. Honestly I wish the buttons were easier to customize as it’s very unlikely I’m going to need the SOS function, plus the dedicated camera button doesn’t start the camera automatically unless you press it for 3 seconds, which is definitely too much. But most of these problems are fixable in a software update so I won’t complain too much 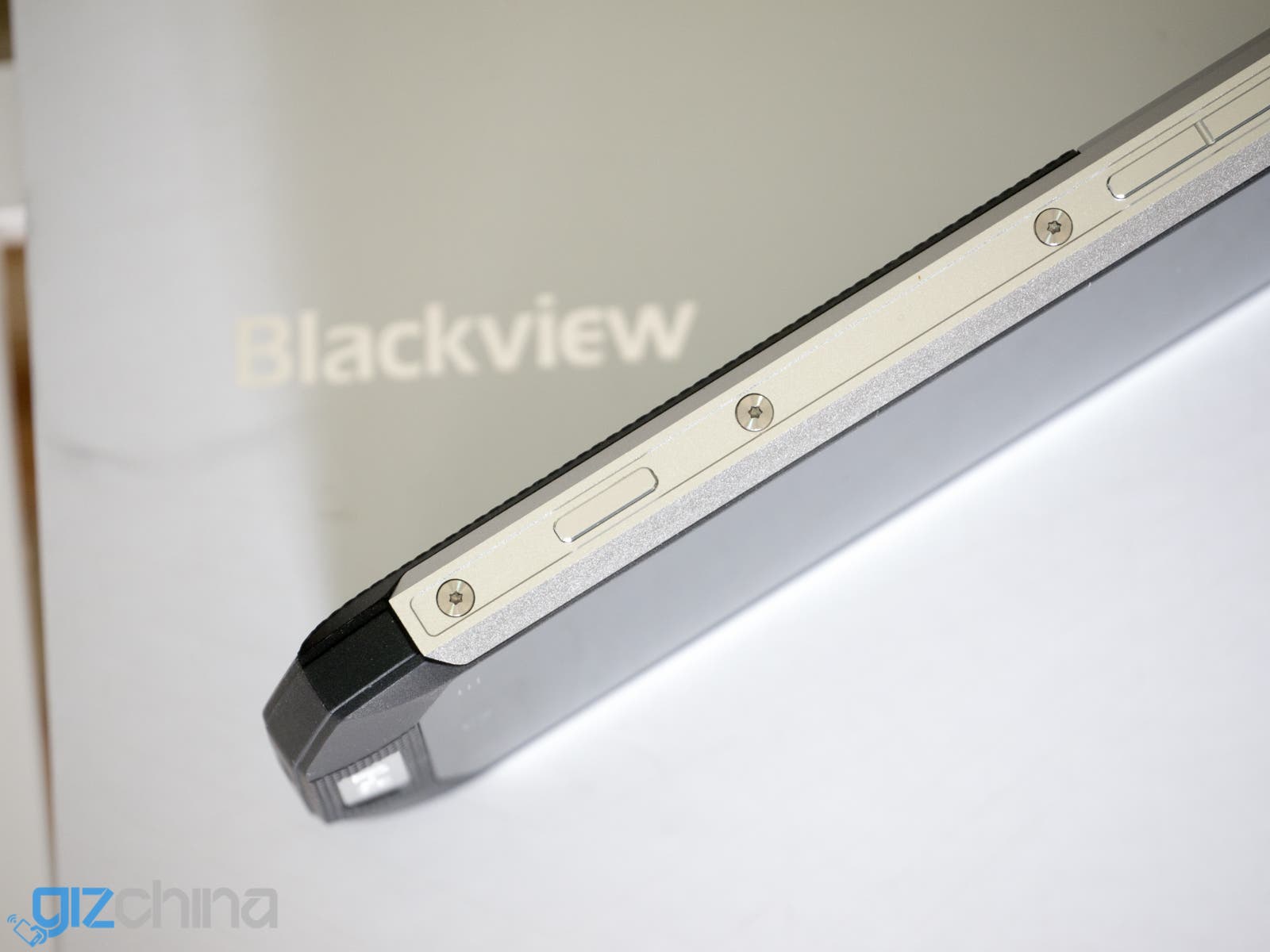 What bothers me slightly more is the capacitive touch back button. I’ve read of people saying it doesn’t always register your touch, but I honestly believe that’s not the issue. I think the problem is that the button is slightly offset to the right, that means if you use your muscle memory to go back, you’re probably missing it by few millimeters.

Another minor issue I have is the notification LED, which in my opinion is too dim. That might be good at night, but during the day it’s quite hard to notice it if you are outdoors.

What I definitely liked is the fingerprint scanner which has been placed on the right side of the device. It’s very accurate with a very high success rate and it never gives you “errors”, it just unlocks the device when it senses the correct fingerprint. This could be a minor security risk, but in a smartphone that can go underwater and get real dirty without worries, you don’t want it to constantly notify you of failed attempts and disable it altogether.

As I mentioned in the first impressions a well, you should be aware that not all 3.5mm jack or USB Type-C connectors will plug-in flawlessly, as they’re both very deep because of the shock resistant outer frame. On the plus side, you don’t need any flaps to keep the smartphone waterproof, although the company suggests to dry up both ports before connecting external devices. 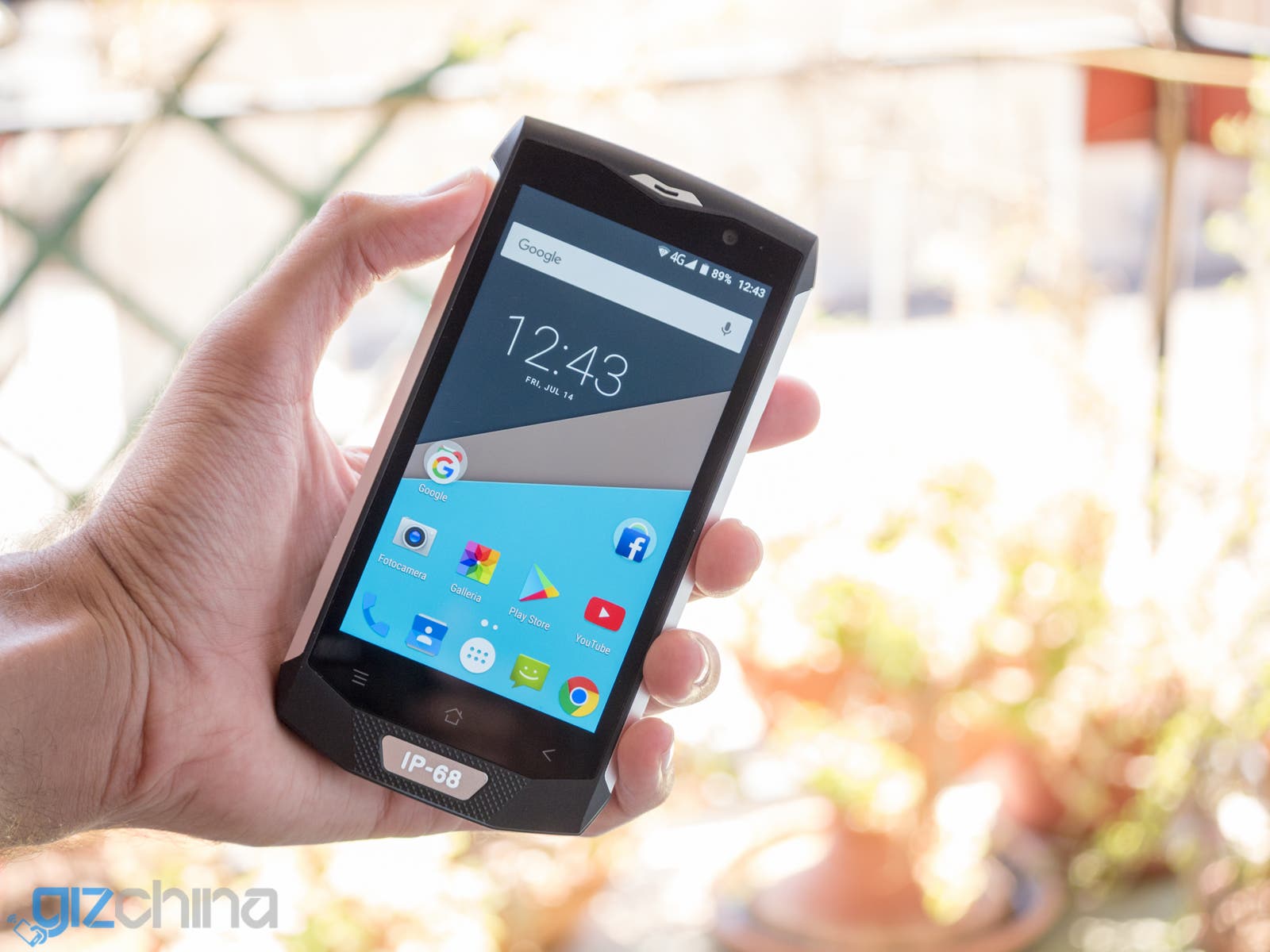 I would rate the display as average. Sure it’s very sharp as it’s a Full HD display in a 5-inch size, but I’d have rather preferred have a brighter display than higher resolution. That said, the display is bright enough to be used out of the house, it’s just not as bright as I would have expected on a smartphone created for outdoors use.

Other than that, colors seem to be accurate and viewing angles are quite good as well. 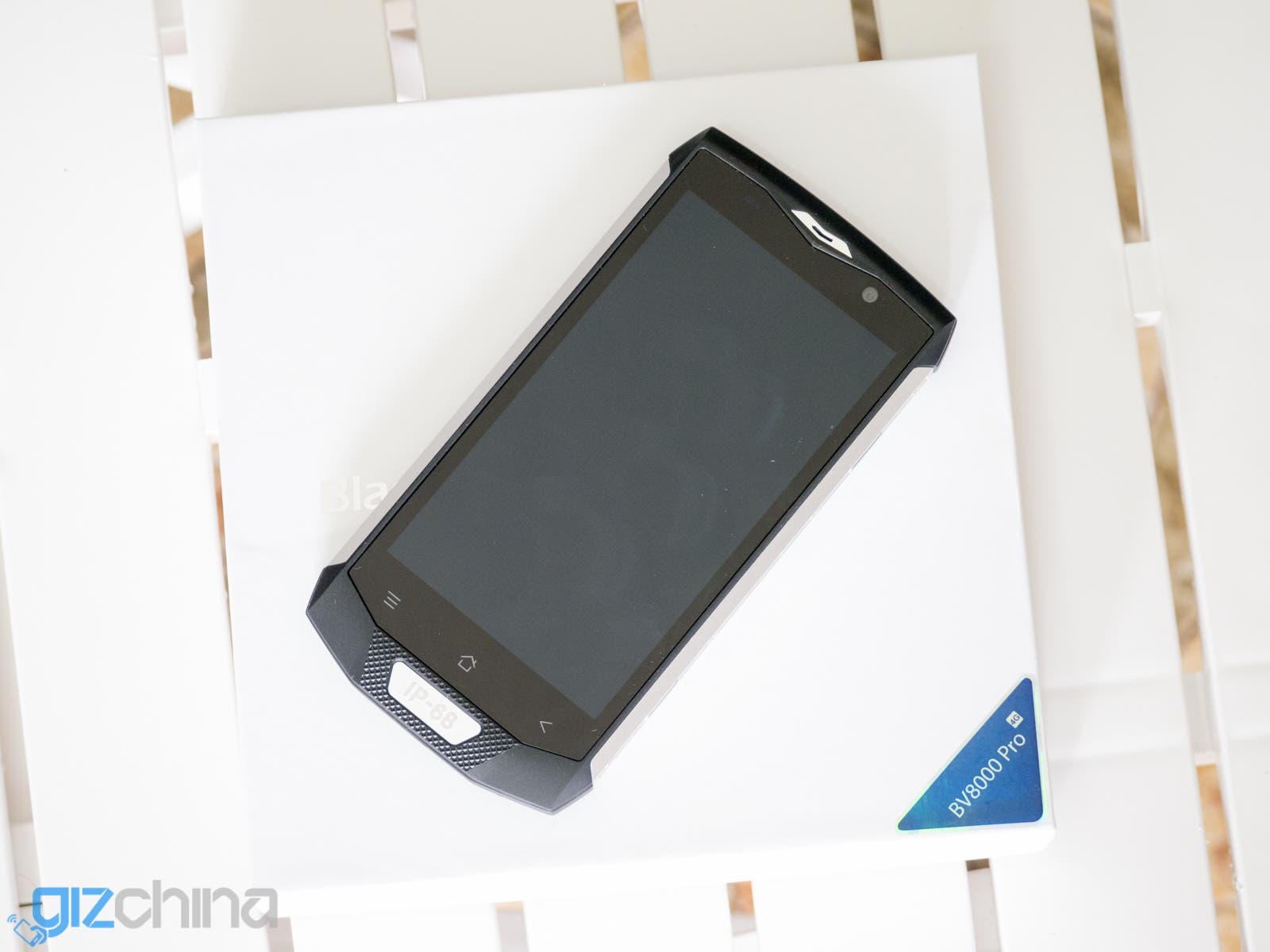 The Blackview BV8000 Pro is powered by a MediaTek 6757 also known as Helio P20, so we have enough juice to power through most apps and games. The company also added a whopping 6GB of RAM which some might consider overkill, but you probably aren’t paying much of a difference from a set of 4GB, thus you get two additional GB of RAM which we’re sure Android will find how to use. On the storage side, we have 64GB of internal storage, expandable via microSD to up to 256GB. 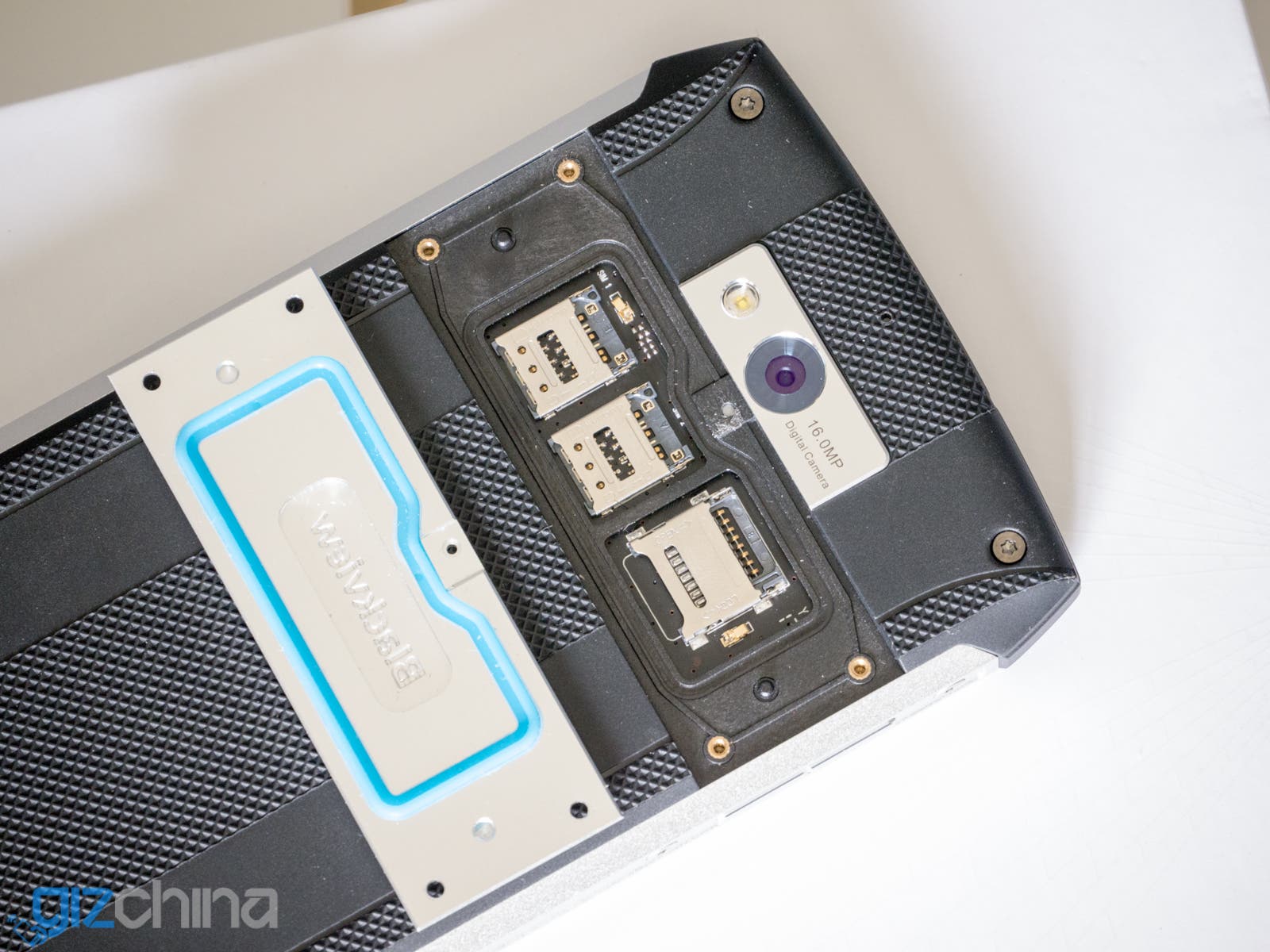 Overall the smartphone is really snappy and I haven’t seen any slow downs. I got over 61000 score on AnTuTu, 3893 multi-core score on Geekbench and 841 for the single core. With the power efficient Helio P25 chip you’re also able to get more than 6 hours of screen on time; the smartphone fully charges in about two hours with the included 9V/2A charger.

The “phone” part of the Blackview BV8000 Pro is definitely good, calls are clear and loud. GPS and 4G connectivity work perfectly as well, with GPS locking pretty much instantly and with high precision, and 4G sporting band 20 which is quite needed in Europe.

The rear speaker on the BV8000 Pro is very loud but it doesn’t sound amazing, still having a loud speaker is a good achievement considering how waterproof phones usually sound. 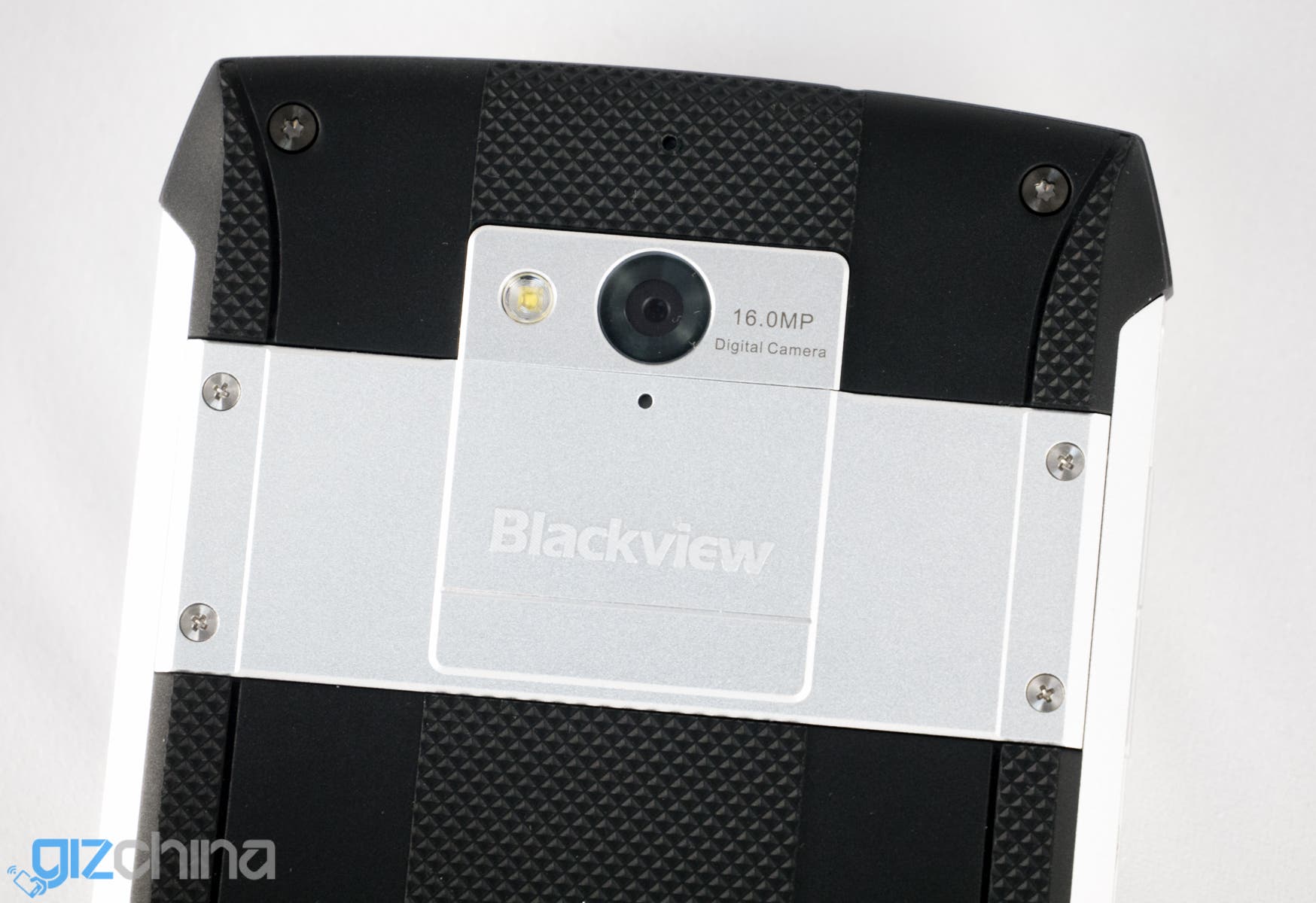 The Blackview BV8000 Pro comes with a 16MP rear camera sporting F/2.0 aperture which can get some nice photos if you have a bit of patience. That’s because sometimes you might get over exposed photos or that are slightly out of focus, but if you play with the settings then you’ll be able to get better results.

In low light situations the camera gets much worse as in many other smartphones in this price range; sharp photos with low noise are out of the way. But then you aren’t going to get night shoots with a rugged phone, are you?

Either way, here below are some photo samples; judge for yourself! 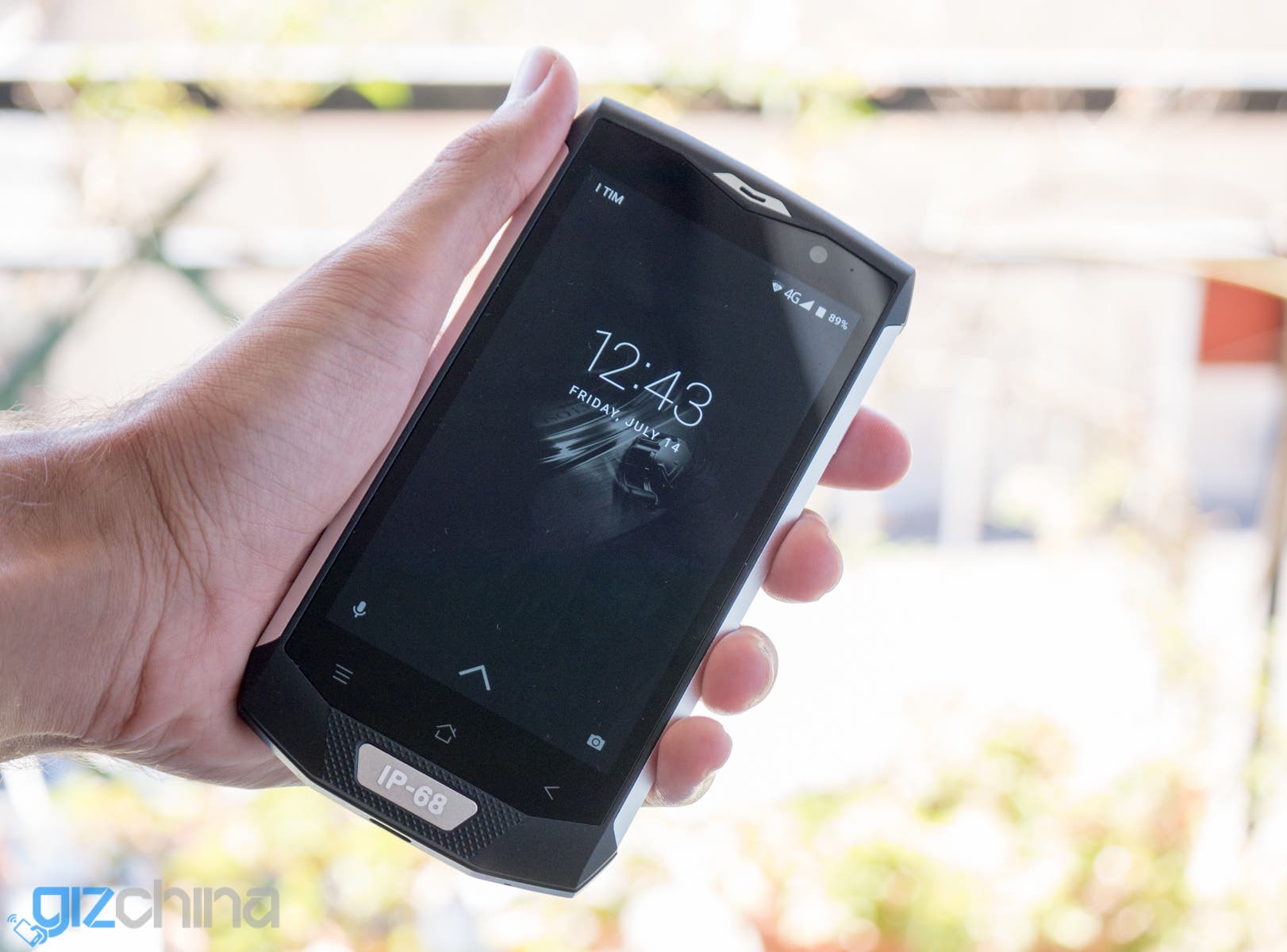 For about $250 the Blackview BV8000 Pro is one of the best rugged smartphones you can get out there. It’s powerful, with good battery life and a durability which we haven’t seen on many smartphones, let alone devices with this kind of internal hardware.

So, in conclusion, if you were looking for a rugged phone with good performance, there are no major reasons you shouldn’t consider getting the Blackview BV8000 Pro. If you don’t need a device this durable, then we’re sure there are better options in the market.

Next Leagoo KIICAA Power snap deal for just $59.99 on Aliexpress