Vkworld have always been a company that likes trying new ways to make people talk about them; one example being the latest Nokia 3310 clone they recently launched. Vkworld had already launched a flip Android phone last year and it was called Vkworld T2. 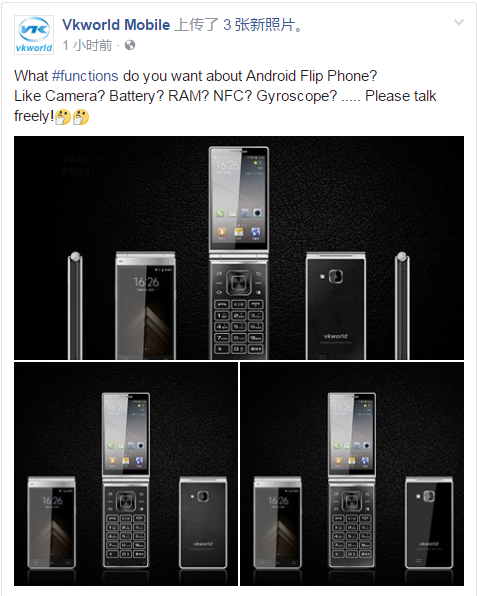 Well, it seems as they want to release a new version of that called T2 Plus, this time the smart flip phone will be running Android 7 Nougat, making it the only phone of the kind running the latest Google’s OS.

Vkworld also asked to their fans on Facebook which design they prefer for the back of the phone, from the two types of leather to glass back. You can check them out in the video below:

Vkworld let us know the phone will feature two displays and a physical keyboard. The screen will be 4.02-inch in size with a resolution of 1280*720 or 1280*768 (not yet confirmed, both would anyway be higher than the original T2 which was 845*480. The smartphone will also feature better specs compared to the older brother, both in the CPU, RAM and storage department.

The Vkworld T2 Plus will be released in the next month or two.