Huawei Mate 10 just keeps on leaking ahead of its official unveiling on October 16, but earlier today, Evan Blass, better known as @evleaks leaked its first true leaked picture that shows the front side of the device, along with a view of its home screen.

According to the leaked image, the Mate 10 flagship will have very slim bezels, along with a small Huawei logo on the bottom (even though it cannot be seen right now). On this Mate 10 model, the fingerprint scanner will be on the back, since it just couldn’t fit on the front. 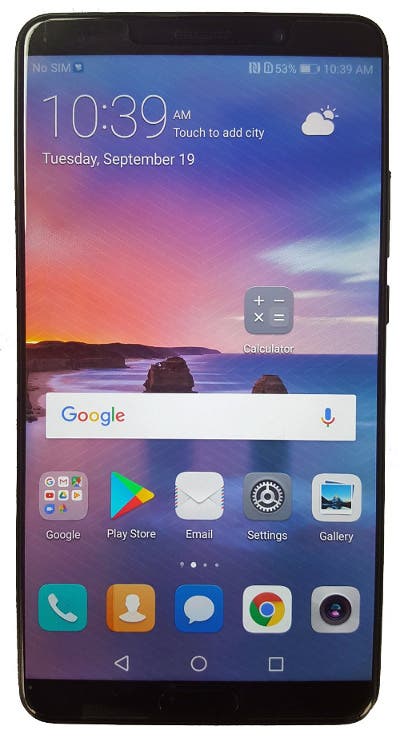