Rumors of a possible retirement from HTC in the mobile industry have been running for quite some time. Despite the low sales the company keep pushing nice devices in the market, their latest release being the HTC U11.

Now the company seems to be preparing a next move in a event scheduled for November 2. The leaked invite informs the date and time, but more interesting is to see the big “U” in the center. Could it be the U11 Plus? 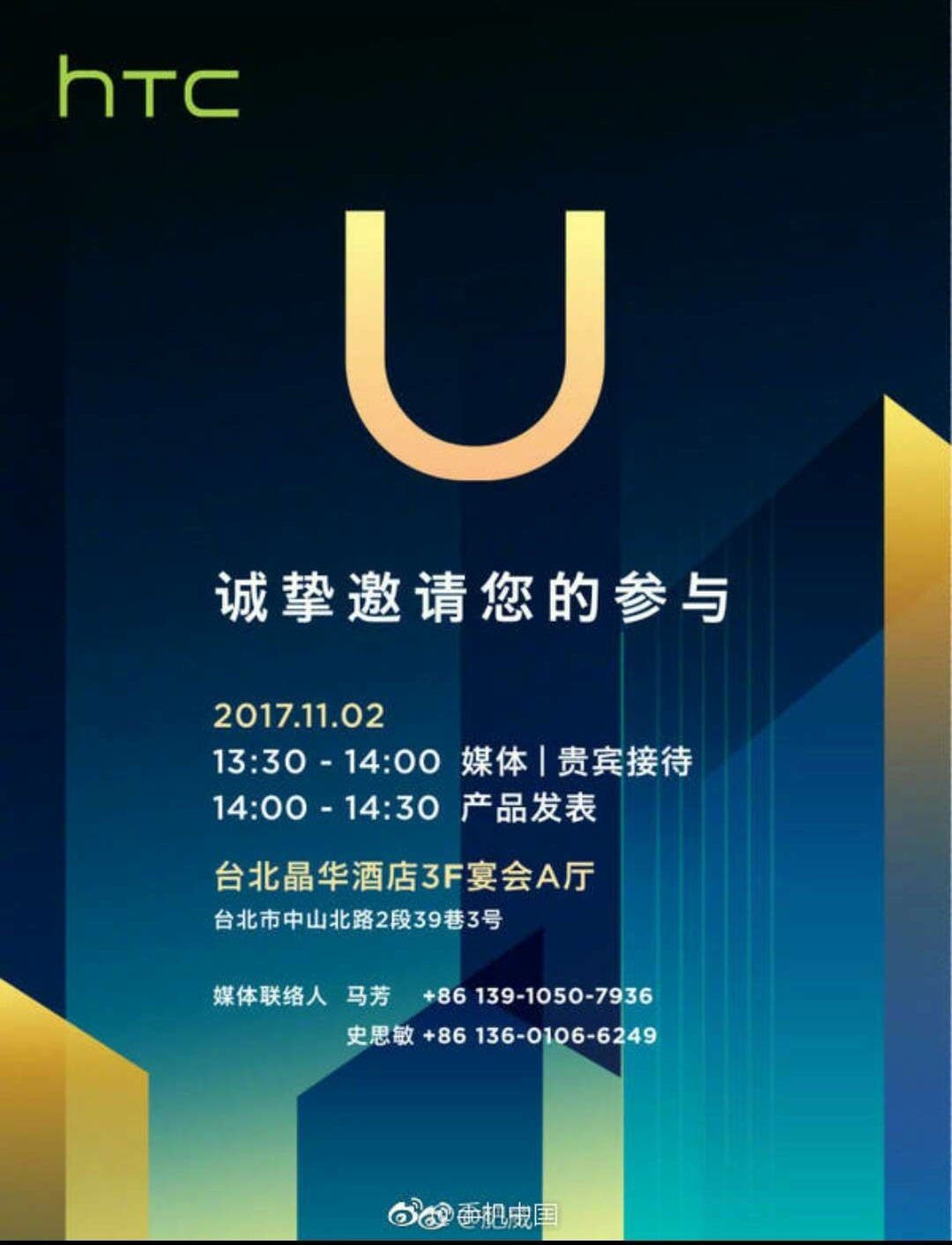 Camera-wise the phone should sport a 12MP OIS sensor on the rear, and a 8MP selfie snapper in the front. However, there are no words if the known HTC’s BoomSound will be making a return in HTC U11 Plus.

After selling its Pixel Staff to Google, we thought HTC was been very close to its mobile demise, but now seems that company is nowhere to go. More details of the upcoming HTC U11 Plus, should pop out as the event approximates.

HTC halts Android Pie rollout to HTC U11 due to bugs